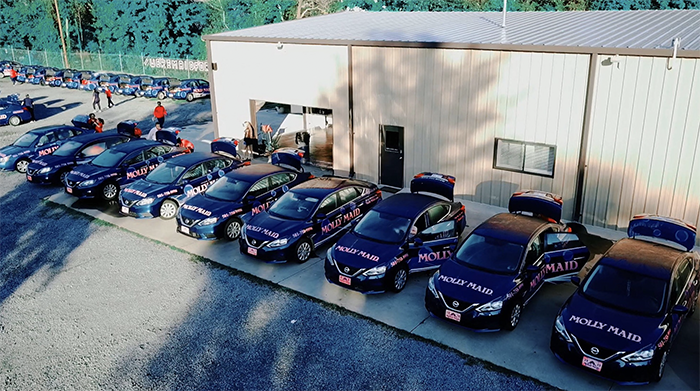 The year was 1999. A family in a Mexican city in the Yucatan Peninsula had set their sights on coming to the United States for better opportunities. What they found was a fortuitous opportunity and a perfect place to raise a family. This is the story of how Molly Maid of Greater Little Rock and Northwest Arkansas began.
Pedro Silva, the husband to Rebecca Nash, came to Perryville, a small town west of Little Rock, because of the insistence of an American who traveled to Valladolid, Mexico, their hometown, for vacation. Silva was hired to work days in lawn care and nights at a liquor store. He knew zero English. His wife came almost a year later with their three children, and she went to work then as an employee at Molly Maid of Greater Little Rock to make ends meet. She made the hour-long drive to the office in Maumelle while the kids got themselves, not fluent English speakers, to school every day. The only English word Michael, their oldest child, knew was “bathroom.” Silva didn’t love the idea of his wife having to go to work every day. But after Nash’s first day on the job, she came home in her Molly Maid uniform and announced to the family, “I have to work to take you to Disney World someday.” That’s a promise they never forgot.
The Silva-Nash children made up the only immigrants at Perry-Casa Elementary School. With both parents were working long hours, the kids learned responsibilities many children today might not know. They hung the clothes to dry outside. They got themselves to the bus stop every day. And in the summers, they sat at the Molly Maid office while both parents worked.
The Molly Maid office was up for sale in 2005, and the previous owners approached Nash to buy the business from them. This happened after the office manager left for maternity leave, and Nash’s hard work impressed them, and she was promoted to office manager. She was, at the time, the only bilingual person in the office. Nash would tell her children (by now she had a fourth at home), “I never want to come home and tell you I lost my job.” She ensured that by buying the business with her husband and eventually bringing son Michael on board as the three operators of the Molly Maid franchise in the state. 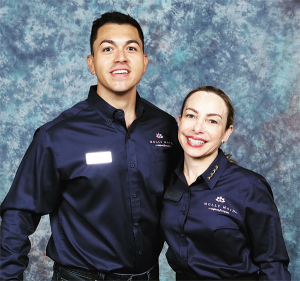 They have outgrown their former offices in Maumelle, and Michael, the executive vice president, says, “The business was doing in 2005 in a week what we do in a day now. In fact, we do that amount by 2 or 3 p.m.” Then they had fewer than 20 employees now, according to Michael, they have 70.
A few years ago, the corporate office of Molly Maid offered them a chance at another franchise in the state. But the family passed it up because they just weren’t ready yet. “I had to finish college first,” Michael says. “My mother demanded it.” So, he finished his business degree at the University of Arkansas Little Rock by taking full-loads and by working at least 40 hours a week at the office. “I paid off school as I went. It’s the same philosophy we have at the office and home … If you can’t pay cash, you can’t afford it.”
Shortly after Michael finished his degree, both he and his parents were approached by their franchisor to take over the Northwest Arkansas operation. The NWA Molly Maid franchise was struggling, and after winning accolades from the corporate office, the Maumelle office was making headlines. It was now something they could consider, and they had set their sights there since now two of the other children were students at the University of Arkansas.
It wasn’t as easy taking over that office as it was the one in Central Arkansas. It was new territory, new customers and new employees. And the business there was a mess. They had to deal with the “free fall and absolutely horrendous” conditions of the office. Michael found himself washing the towels (they bring their own towels and supplies when they come clean) at the local laundromat until after midnight every night because the washers and dryers at the office were inoperable. They were losing customers who didn’t want to be with new owners, or they were trying to salvage their current customers. Michael cried out to his mother because of the challenges. She said, “Michael, you have the technology we didn’t have ten years ago. If I did it myself then, you could do this now with what you have. Put on your big boy pants” and get to work.
Within four weeks, the tide began to turn. Michael says he could tell it was different when he walked in the door. They had record-breaking growth the first year and the second, and they are on track to meet or beat “our 2019 goal.”
Did Rebecca Nash ever take her family to Walt Disney World? She sure did. It was at the 2017 annual convention, which just happened to be in Orlando that year, and where they took home the Franchisee of the Year award. You bet it was a trip they will never forget.