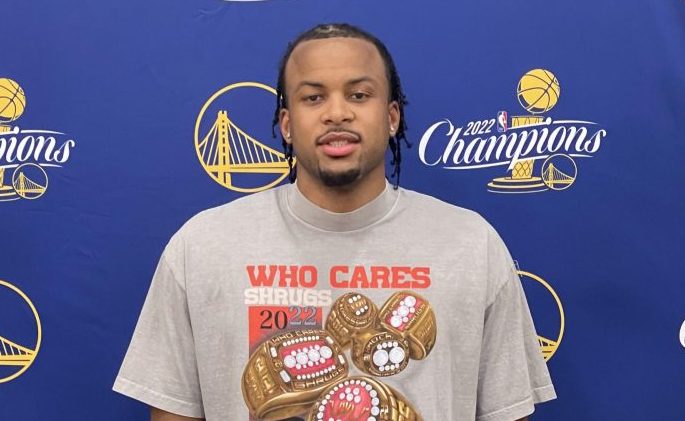 Moses Moody, the 20-year-old shooting guard for the San Francisco Golden State Warriors, returned to his hometown of Little Rock on Friday July 22, 2022, for the first-ever Moses Moody Day.

Moody played basketball for the University of Arkansas before being picked as the first-round No. 14 overall pick in the 2021 NBA draft. Although new to the league, Moody has already received praise from talent such as Steph Curry and plans to continue to grow as a player, learning from seasoned NBA stars.

“I spent a lot of time with Dray (Draymond Jamal Green Sr.) and Steph. I just pay attention to what they do and how they play and I try to learn from them,” Moody said.

While Moody received the key to the city from Mayor Frank Scott Jr. and traveled to local schools to celebrate AR Kids Read, he also made time to travel back to the place where he scored his very first point – P.A.R.K. (Positive Atmosphere Reaches Kids), a youth social services organization off Geyer Springs Road in Little Rock. Moody brought along the Larry O’Brien Championship Trophy to share with the kids.

“My advice to young people wishing to reach the NBA is that you have to be different,” Moody said. “Take other people’s advice, but be willing to put in the work and do it your own way.”

While playing for the Razorbacks, Moody received several accolades, including being named SEC Freshman of the Year, SEC All-Freshman, a three-time SEC Freshman of the Week and more. He was also the highest-rated player to sign with the UofA since Bobby Portis (who now plays for the Milwaukee Bucks) in 2013, according to the UofA website.

“I really don’t know what my life’s purpose is yet, but I am going with the flow and trying to do what’s right and helping who I feel like I can help,” Moody said.

“One of my goals is to continue to get better every year. I want to have a long career in the NBA, hopefully over 15 years. So with that, longevity is my number one goal. I’m improving my quickness, agility, defense and everything to make sure I can continue to play without injury.”