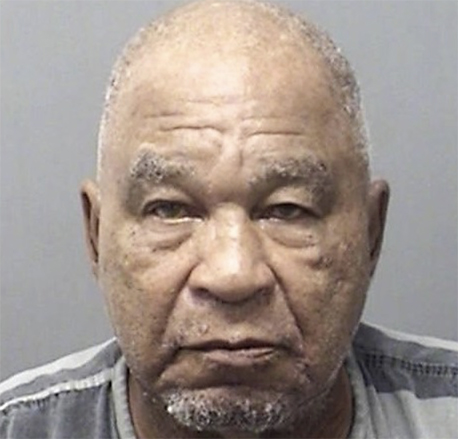 The most prolific serial killer in U.S. history  has revealed ties to a North Little Rock victim. Samuel Little, 79, has confessed to 93 murders, a claim that Federal Bureau of Investigation analysts believe to be credible.

Little committed his murders from 1970 to 2005, and he claims to have strangled his victims. So far, the FBI has verified 50 of his confessions.

He was arrested in 2012 and extradited to California, where the Los Angeles Police Department connected his DNA to three unsolved homicides from the late 1980s. His DNA later connected him to more unsolved cases. In 2014, he was charged with three counts of murder and later convicted. He was sentenced to three consecutive life terms without parole.

In a recent interview, Little said that he remembers the North Little Rock woman as being around 5’7” feet tall and around 170-180 pounds. While he says he does not clearly remember her name, he believes that her name was Ruth.

Little claims that he met her at a crackhouse and later went shoplifting with her. He was reportedly apprehended shoplifting at a Kroger but was later released.

Once released, Little claims that he killed the woman.

“They cut me loose! So we…was headed toward…what’s that place where Walmart’s, uh, original store? Benton(ville). I whipped off the road and backed into that little woods. It was a corn field back there. I pulled through it. And on the other side was a corn field with a trash pile. Well, I parked the car face it out where I could see anybody coming in. So, I pulled her out of the car. She’s too big for me to carry, carry her. So I just pulled her out of the car, laid her on that trash…that was left there,” he says.

His drawing of the North Rock Little victim, “Ruth,” can be seen below: 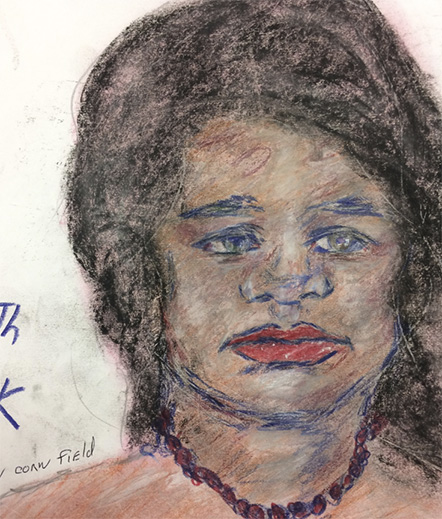 If you have any information linked to Little’s confessions, please contact the FBI at 1-800-CALL-FBI or submit at tip online at tips.fbi.gov.