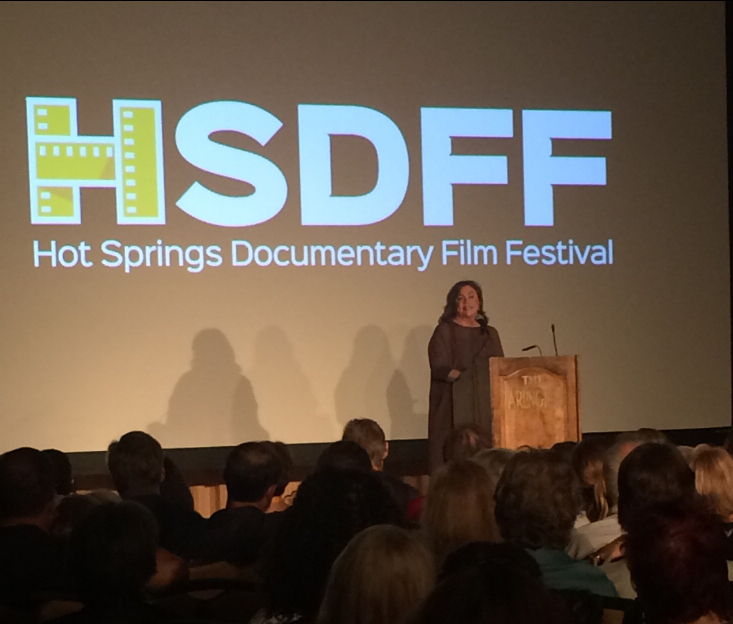 The Hot Springs Documentary Film Festival kicked off its 26th year with a welcome by actress Kathleen Turner and the opening night production of Laddie: The Man Behind the Movies.

Laddie: The Man Behind the Movies was created by Alan Ladd, Jr.’s daughter, Amanda Ladd. She has been working on the film for several years and the final product came together beautifully.

The documentary tells the story of Alan Ladd, Jr. and how he was truly the man behind the scenes. He was very passionate about his career to the point of becoming a slight workaholic, which affected his daughter, Amanda Ladd when she was younger.

She deciphers her relationship with her father in the documentary and shows how that relationship enhanced and improved as she matured.

Amanda Ladd was at the festival and thanked everyone for being there to watch her film.

“Tonight’s film is about the great filmmaker, Alan Ladd Jr., an inspiring producer. I am very honored to be here to present this film by his daughter, Amanda Ladd,” Turner says.

Turner says she was 25 when she starred in her first film, Body Heat.

“Lawrence Kasdan, the director, told me to lie and say I was 29 because he didn’t think anyone would accept a young woman having that much power at that age, and what’s changed,” she says.

When she auditioned for Body Heat she says the room she stood in was all white.

Those observing and critiquing her asked her if she could be funny. She says she pretended to act drunk and threw her script on the all white table, while watching cigarette butts fly across the all white carpet.

She says while she was on the ground picking up the disarray, Alan Ladd Jr. leaned over to her and said, “It’s okay honey, I’m with you.”

“He was the voice that got me that role and for that I owe him dearly. I have always been so thankful that he had the bravery when no one else would take a chance on an unknown woman, a stage actress who had never done a film.”