Movie Review: A Star is Born 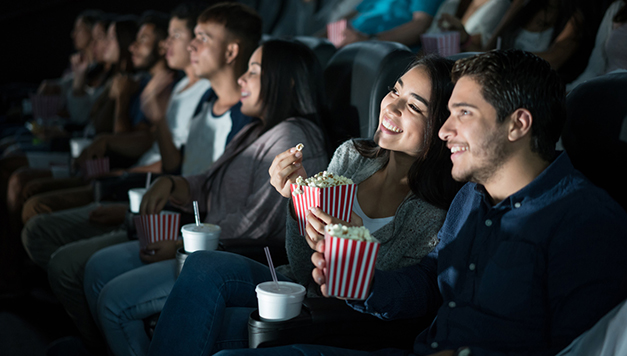 Bradley Cooper made us laugh in The Hangover. He will likely make you cry in A Star is Born.
It is the third remake of the movie since the original debuted in 1937.  And no one can play a boozy redneck like Cooper nor direct a movie that should garner attention at the awards shows.  It is the breakout film performance for pop star Lady Gaga, who plays a pop star that will make you go gaga.
There is an endearing quality about the performer born Stefani Joanne Angelina Germanotta. She portrays Ally with an innocence that would make one forget her real-life alter ego who has shown up in meat dresses or crooning with Tony Bennett. Ally  invites you into her world as an unknown performer who falls for Cooper’s Jackson Maine, a successful singer with a penchant for hooch and pills, and the story of addiction is told.
RELATED: Check out the Delta Through the Decades Deux Exhibition!
Their on-screen chemistry is both magnetic and believable as it paints the picture of two people finding love and each other in a crowded world of substances and stardom seekers (including the two of them).  Maine helps create Ally into a pop star a la Svengali. But he can’t keep his grip on her because of his issues with broken family relationships and his love for the bottle. He reaches his proverbial rock bottom on the biggest night of her life, and she tenderly loves him as he deals with his demons.
Cooper and Gaga are the most compelling actors in the film, but comic Andrew Dice Clay brings his charisma to the screen as her father. Another comic, Dave Chappelle, plays a friend, and the unforgettable voice and face of Sam Elliott grace the screen.  But it is the harmonizing and electricity of the two leads that are most unforgettable.
You will walk out of the theater saying, “I didn’t know Bradley Cooper could sing and play the guitar,” while admitting, “I didn’t know Lady Gaga was such a good actress.” You’ll have to say that to keep from crying.
RELATED: Read more from Lisa Fischer!