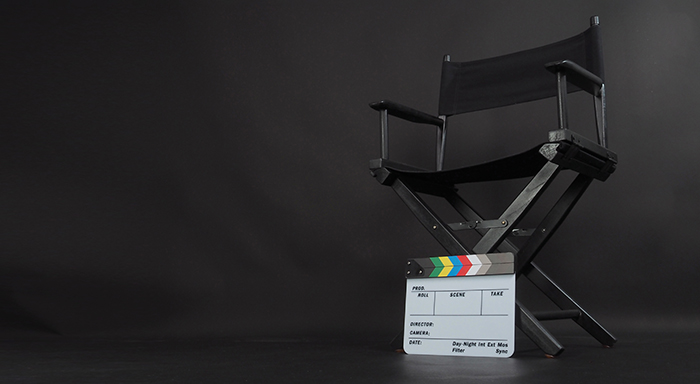 Hosted by Arkansas’ beloved Spa City and “America’s First Resort,” where it has thrived since day one in 1991, the Hot Springs Documentary Film Festival will celebrate its 30th anniversary this month with a nine-day multicultural and intergenerational event. Oct. 8-16, the streets of downtown Hot Springs will be filled with thousands of visitors of all ages for a return to in-person celebrations.

The oldest all-documentary festival in North America and one of the longest-running nonfiction festivals in the world, the Hot Springs Documentary Film Festival is put on by a small staff and more than 100 dedicated volunteers.

Attendees will go on a cinematic adventure, where they’ll be exposed to 35 feature films and a similar number of short films, both domestic and international, in documentary screenings that are scheduled from morning to evening.

“[Films] will be available both in theaters and on our virtual platform so people can watch in either setting, wherever they are most comfortable,” says Executive Director Jennifer Gerber.

Filmmakers began submitting films in January through an online platform, and from there went through multiple screenings until being viewed by the programming team, who makes the final decisions. This year, 1,100 films were submitted, of which only a few dozen will appear on screen at the festival.

“It’s so hard to narrow those films down; there are so many films we love that just don’t make the cut just because we don’t have the space,” Gerber says.

“We tend to look at their programs and say, ‘Is there anything there that would be a good fit for us?’ And then we go through the process of confirming it,” Gerber says. “Those tend to be the films that are big centerpieces — like opening and closing night.”

This year’s opening night festivities will take place in Horner Hall in the Hot Springs Convention Center to allow for more “capacity and social distancing, and really create a safe environment to kick off our 30th year,” Gerber says.

Following the ceremony, a block party will be held on Bridge Street — right in the heart of downtown — which will offer music, food and drinks for attendees.

“I think the energy from that night will carry on through the next eight days of the festival,” Gerber says.

While holding some events outdoors exposes the festivalgoers to the history and charm of Hot Springs, it is also one of many steps the organizers have taken to ensure that, when possible, spaces allow for social distancing and have maximum ventilation. Additionally, to attend any part of the festival, guests will be required to show proof of COVID-19 vaccination or a negative lab test taken within the last 48 hours. Masks are also required and will be available for free on-site.

New restrictions and limitations aren’t the festival’s only new implementation since the pandemic, however. Its presence has also inspired organizers to create a new program focused on mental health.

“We felt personally within our community and the world that there is a strain [on] the mental health of every single person struggling through this pandemic,” Gerber says. “All the challenges that arise from employment, personal health, emotional health — we’re all struggling with the things that COVID-19 has brought into our lives. So, this last year, we started a new program focusing on mental health and wellness.”

In 2020, when the festival was held completely online, attendees were able to join a free two-part virtual workshop led by Beth Pickens, the author of Your Art Will Save Your Life, who guided participants to reflect on the emotional challenges of 2020 while providing coping mechanisms for the obstacles still ahead. The event received such positive feedback that the focus on mental health has become a permanent part of the festival. This year, that focus is threaded into three events — a bicycle parade, an outdoor yoga class and an inspiration hike, during which a guide will lead attendees to Hot Springs Mountain Tower where they will participate in a guided meditation at the top.

Another group of people who found inspiration within the grief and suffering of the pandemic is the filmmakers themselves. Gerber says that of the thousand-plus film submissions, many took on the theme of pandemic life.

“We saw a whole lot of films about the pandemic, which I totally understand because we’re living in a historic moment in human history right now; I understand why our storytellers would want to explore this experience we’re all having,” Gerber says. “I feel like you can also see it in the way that filmmakers had to be creative about making their films in a pandemic — like you see more interviews over Zoom than we would’ve normally in the past or more creative ways of getting content when you maybe couldn’t travel to capture it yourself. So, occasionally, we’ll see that in a story. Whether the storyteller specifically addresses COVID-19 or not, you can see they had to bring in some creative work-around to still produce their story in the middle of the pandemic.” 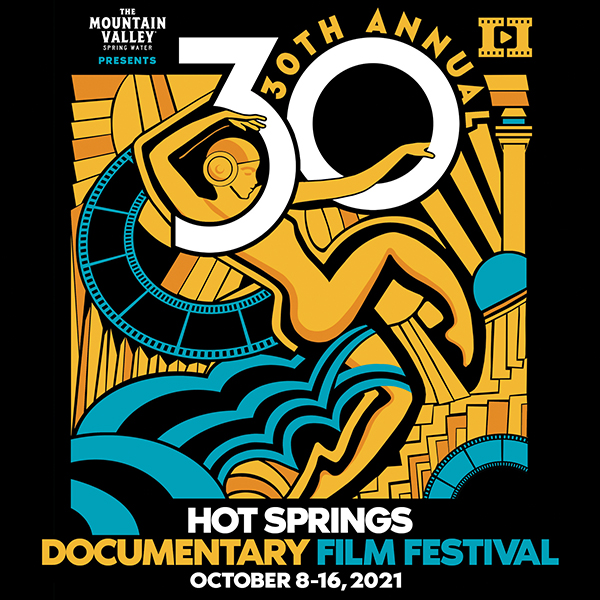 Last year’s mostly virtual festival also had some other positive effects that Gerber and others hope will carry into this year’s hybrid event.

“I think we reached a different audience last year,” Gerber says. “Our virtual platform was available in all 50 states, and we noticed, when looking at the analytics at the end of the festival, that we had viewers in 47 states. That was really unique. Most people have to come all the way to Hot Springs to enjoy our festival, and last year, we were able to bring it to them. That will be the same this year.”

Though there is an undeniable thread of COVID-19 in both the policy and the art featured in this year’s festival, many of the traditional logistics of the beloved event — such as film panels, tributes to industry greats, and local access to a host of celebrity guests and visiting professionals — will stay the same. In fact, much of it has been improved for the viewers.

While the festival recently hosted all screenings at the Arlington Hotel, this year’s screenings will be featured in theaters, where Gerber believes “movies belong.”

The festival still has a close partnership with the Arlington and will still be using the space for several special events and guest lodging, but this year, the films will be shown at The Malco Theater and Hot Springs Central Theater. Both are former movie theaters that are mostly used for live performances but still have the bones of a traditional movie theater.

“We’ll be bringing in our own screen and equipment to put on the screenings; it’ll be the experience of returning to a traditional theater,” Gerber says.

Classes offered throughout the festival provide an educational component for viewers of all ages and experience levels. The festival’s mission to benefit the region by providing an affordable arts festival means offering the best educational panels and workshops, as well as exposure to internationally acclaimed filmmakers.

One major goal of the festival is to support regional filmmakers by creating events to network and giving them the tools to create high-quality films.

“One thing we are working on will be exploring how filmmakers in Arkansas can build an industry without moving to LA or New York,” Gerber says. “I think a lot of our storytellers are experiencing that; they want to tell stories, they want to be relevant in the film industry, but they don’t necessarily want to leave their home here in Arkansas.”

For student filmmakers, screenings are offered specifically for them with workshops to follow.

“If they’re in a film class or AV (audio/video) program, this is a chance for them to attend the festival, see a film, meet working filmmakers and get some hands-on training while they’re with us,” Gerber says.

The events leading up to the festival have also provided a place for those new to the world of documentaries, whether it be to gain a new skill set, pursue a passion or add a skill set to their existing job.

“This year we hosted our first-ever documentary boot camp, where we had 10 students take a 12-week class where they each directed, produced and edited their own short documentary. … Those films will premiere at the festival this year,” Gerber says. “What’s been really special about that is most of those students in that class [range from] college all the way through retirement.”

According to Gerber, the boot camp’s first year was incredibly successful and wildly popular, and she says they hope to make it a permanent addition to the festival.

“The pandemic has really shifted a lot of work environments, so having some hands-on training with some technical skills can be really beneficial in any workplace,” Gerber says.

The remaining parts of the festival are filled with award ceremonies, parties and other events that simply provide exciting opportunities for the community to come together and celebrate the magic of filmmaking.

“Our town is very involved in this festival — the Arkansas community really rallies around it, because they know that it’s special,” Gerber says. “I think what really draws people are the films themselves. They know that they’re going to walk into a theater on any given day and be transported through a story to any part of the world that the story is set, and get the chance to have eye-opening experiences, to be challenged, to be inspired, to be moved by personal stories of triumph and overcoming obstacles and all types of stories that can speak to any film audience member.”

In a normal year, around 10,000 attendees visit the Hot Springs Documentary Film Festival, where everything they see is the result of a committee that is dedicated to discovering, supporting and inspiring diverse documentary filmmakers and “champion a southern film community that reflects the full breadth of experience and story in the American South.”

In addition to its national and state accolades, the festival is an Oscar® qualifying festival for ‘Documentary Short Subject’ by the Academy of Motion Picture Arts and Sciences, and MovieMaker Magazine has added the event to its annual list of “Top 50 Festivals Worth the Entry Fee” from a field of close to 7,000 festivals.

To buy tickets, view this year’s schedule and see the lineup of films, visit www.hsdfi.org. 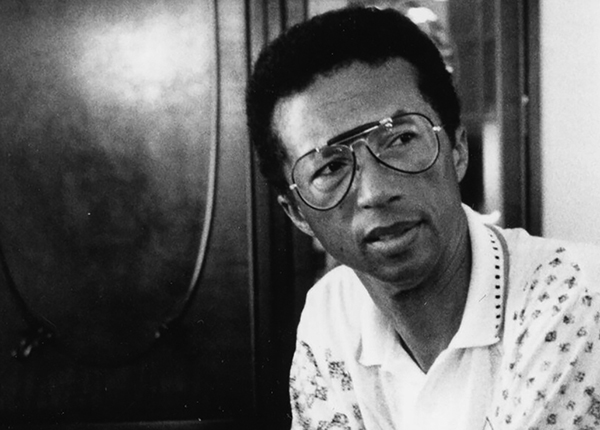 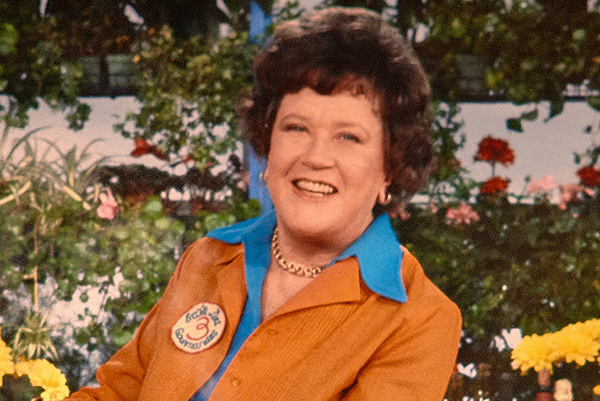 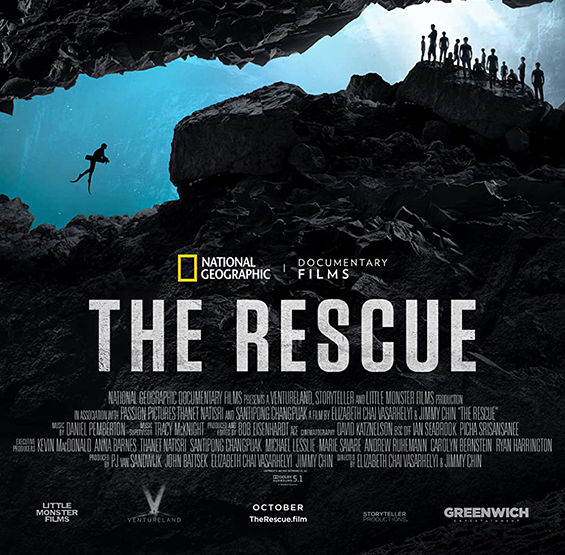 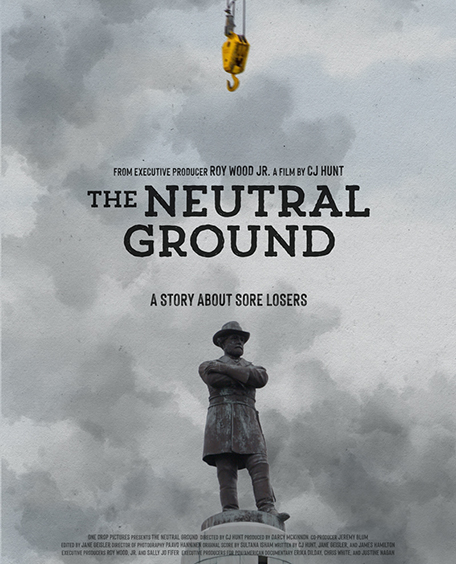 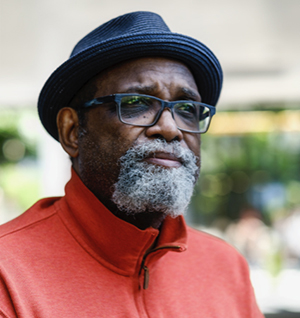 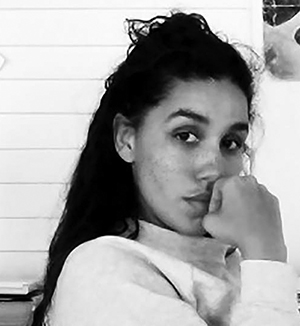 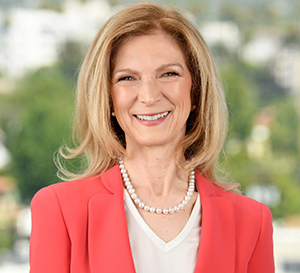 And much, much more…