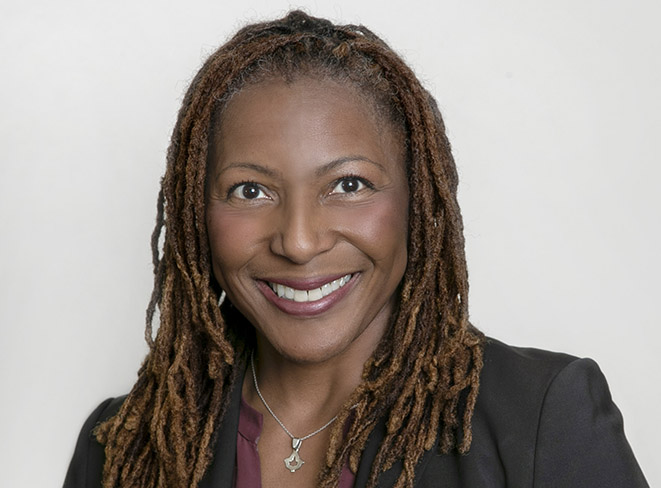 For this week’s Woman Wednesday, AY About You sits down with Kristi Smith, senior director of alumni and development at the University of Arkansas at Little Rock.

Smith grew up in Marche, Ark. and graduated from Oak Grove High School, which is now Natural State Recovery. Smith started her undergraduate career at what was then UALR as a Donaghey Scholar.

“The summer following my freshman year I traveled to Strasbourg, France. The flight from Little Rock to Dallas was the first time I had ever traveled by plane. During that trip I learned how important it is, especially for an American woman, to be well-traveled,” Smith says. “I was somewhat sheltered and had no idea how others outside of my bubble lived. There was so much culture around me and I wished that I could have afforded to stay after my six-week stint to see even more of Europe. One day I will return with my husband when it’s safe to travel.” 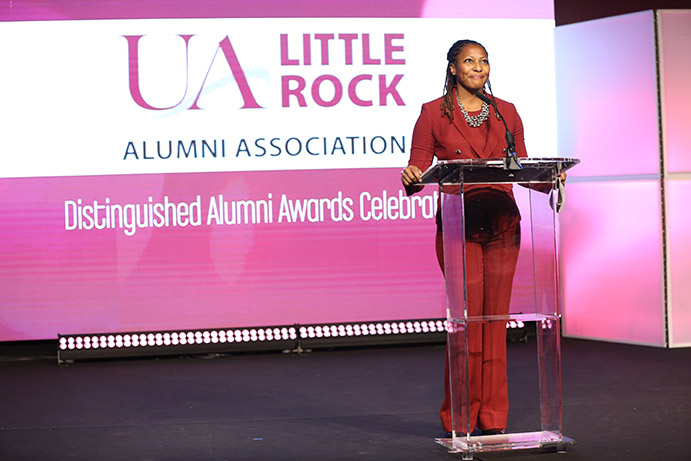 After graduating with a bachelor’s degree in international studies in 1995, Smith enrolled in graduate school to pursue a master’s in public administration, which she completed in 1997. She was one of a few traditional students in that program, and learned a great deal from others in her class who were already settled in their careers.

Before the pandemic, Smith and her husband vacationed mostly in Mexico and other parts of the Caribbean.

“I’m so glad that we were able to celebrate our 20th anniversary in St Maarten. Little did we know that the next year would not be ideal to leave the country,” Smith says. “I look forward to going anywhere we can truly disconnect from the world for a time.” 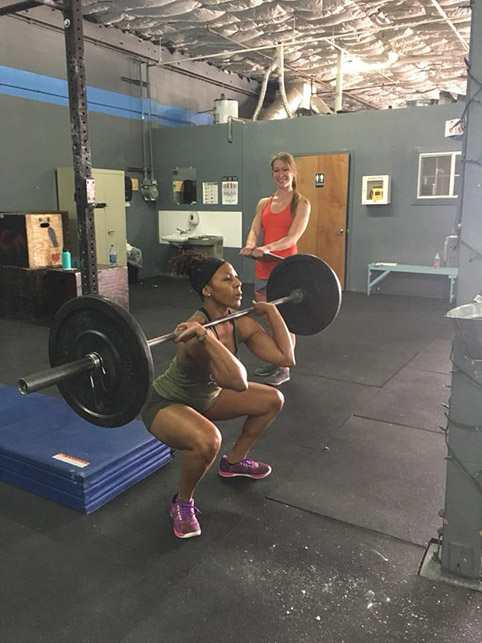 In her spare time, Smith is a Level 1 CrossFit coach at Omnis West.

“Working out is a release for me. I inherited a horrible family health history [consisting of] diabetes, heart disease, etc, and that’s what drives me,” Smith says. “Had my mother made better health choices, I believe that she would still be here.”

In addition to being fitness oriented, Smith has played piano since she was seven years old.  “I feel sorry for the folks at church who had to listen to me struggle through ‘Jesus Loves Me,’ but they would say now that I have improved tremendously,” Smith recalls. “At one time, I played viola, drums and organ. I also did plays in high school, and went to Arkansas Governor’s School in Drama. I once considered majoring in music but decided against it.”

Smith is also a member of Alpha Kappa Alpha Sorority, Incorporated, Beta Pi Omega Chapter of Little Rock, Arkansas. And says that she has missed serving in the community with her sorority sisters, and looks forward to when they can outwardly serve together again.

Smith discusses what it means to her to be a woman.  “To be a woman means I have the ability to juggle femininity and strength at the same time. I love striking that balance. It is perfectly normal for me to lift heavy weights and wear a power suit and heels all in the same day. As a woman, I give myself permission to feel how I want to feel and be honest with myself. I can also be definitive with the right to change my mind.”

Smith discusses the challenges that she has faced as a woman in her field. “I have an extremely rewarding career in development at UA Little Rock, where my goal is to raise awareness about the needs of our students and show the community that the university is worthy of its support because of the value that we bring in terms of teaching, research and service. It is hard to separate my race from my gender, and often those are intertwined. I’ve written about this example and I think it’s appropriate to share again: I was the only woman and person of color at a meeting with men who wanted to talk to us about establishing a possible scholarship for students of color. While that was their aim, neither of them included me in the conversation. It was as if I was invisible. No matter how I tried to engage them, they only engaged my boss, who I guess they considered to be their peer. Thankfully he witnessed it and was just as appalled as me. After that interaction I questioned their sincerity,” Smith says. 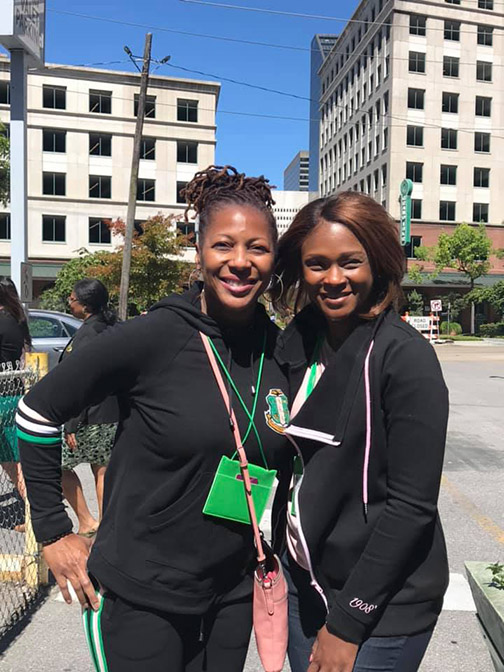 However, Smith uses her diversity to help her career and her fundraising goals.

“As a fundraiser, it takes a bit to gain the trust of donors. This isn’t as much of a challenge to me as it is an opportunity to show them that while we may come from different backgrounds, we still have some commonalities. People need to feel some comfort with you, especially if you’re asking them for a significant gift,” she says. “I think people seem to second guess women, which is unfortunate. Even if a woman developed the cure for cancer, there would be someone saying, ‘What does a man think about this?’ ”

Smith offers a word of advice for young women and girls. 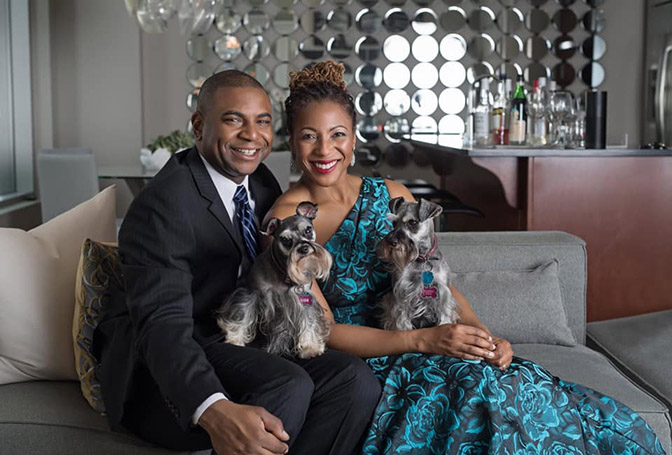 “I’ve often dispensed advice via Facebook posts for young women to understand their body type and know what looks good on them. Just because ‘everyone’ is wearing the latest style doesn’t mean it’s best for you. It’s so important for all of us to be comfortable in the skin we are in. I would also tell them to not sell themselves short in whatever they decide to pursue. I was always encouraged to seek out opportunities and ask questions. If you think you want to be a doctor, ask your doctor if you can shadow her. If you can find true friends who support you, be that same kind of true friend to them. It’s also important to know yourself before you can be a valued partner in a relationship. My husband and I dated for a long time before getting married because we both had to know what we would bring to the table. One last thing: if a guy wants to spend time with you, as my mother would say, “‘you won’t be able to turn for him.’ In other words, you’ll know.” Smith offers one last piece of advice about honesty. “If you don’t want to do something, don’t lie about why. Be honest and say that you’re unable to attend whatever it is. You don’t owe anyone an explanation. Practice it and you will learn to say no when it’s best for you.” 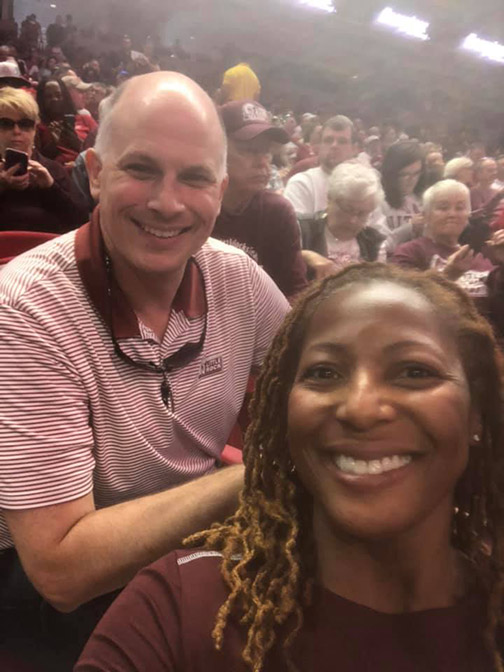