In the bright light of day, the gray Victorian house that sits on a hill above Main Street in Little Rock, Ark., looks like any other nicely-restored home in the historic Governor’s Mansion district.

[dropcap]Neatly[/dropcap]-rounded shrubs bordering the porch along the front and side show the care taken with the home’s appearance while a basketball goal on a backyard parking pad suggests someone who lives there likes to play.

Nothing hints that 1820 Main St. was the site of a bizarre, horror-movie-worthy crime 25 years earlier that resulted in the deaths of four people. What occurred there shocked the city and prompted extensive speculation and media coverage. Today it’s a faint memory in the public consciousness — although the deaths of John L. Markle, his wife Christina and two young daughters have all the elements of a true-crime novel or made-for-TV movie.

Markle, 45, was a depressed, angry man eaten up with bitterness toward his movie-star mother, Academy Award-winner Mercedes McCambridge, whose approval he wanted desperately, according to personal documents and articles in the Arkansas Democrat (now the Arkansas Democrat-Gazette), Arkansas Gazette and Arkansas Business. He moved his family to Arkansas in 1979, when he was hired by Stephens Inc. as an economist and futures trader, and he was trusted with the accounts of the company’s founders. Markle also was responsible for his mother’s investments.

The family created a life in the community; the girls attended public schools, and Markle’s mother moved to Little Rock to be near her son. To all outward appearances, they were a normal, happy family. But the tragedy that unfolded in the early hours of Nov. 16, 1987, shattered that image and brought Markle’s personal and professional secrets — and his inner turmoil — into the light of public scrutiny. 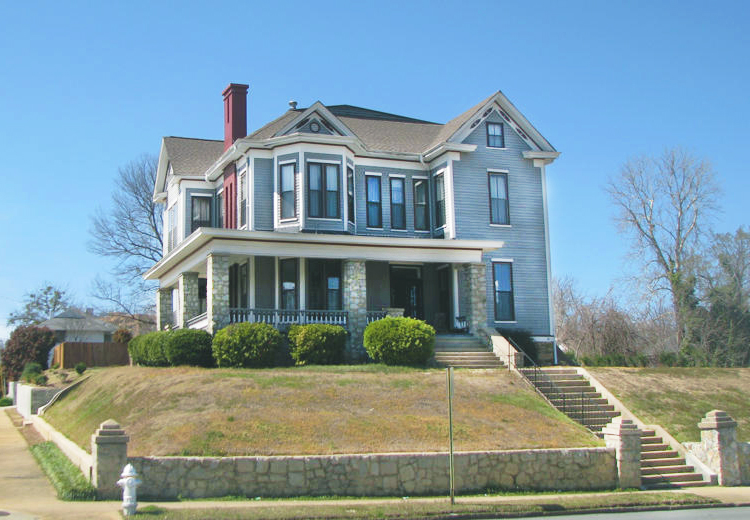 The home where John Markle murdered his wife and two daughters. Located at 1820 Main St. in Little Rock. Photo by Rhonda Owen.

A thunderstorm raged throughout the night as Christina and daughters Amy Michele, 13, and Suzanne Marie, 9, slept on the second and third floors of their home. At 2:30 a.m., Markle put on a Halloween mask, went upstairs and systematically killed his family. Afterward, he phoned his attorney, Richard Lawrence, and asked him to come by his house.

When Lawrence arrived at 4:15 a.m., accompanied by a Little Rock police officer, the house was dark except for a light glowing in a downstairs window. Finding the front door unlocked, the officer went inside and discovered Markle dead in his downstairs study. Lying beside him were two pistols as well as the blood-spattered old man Halloween mask with a bald head, bushy eyebrows, hooked nose, beard and mustache. A third pistol was found in an upstairs bathroom.

The officer found 45-year-old Christina dead in the third-floor master suite. Amy and Suzanne were dead together in one bed in a second-floor bedroom. Later, police investigators concluded that Markle shot his wife three times, Amy four times and Suzanne five times.

On the desk in the study, there was a handwritten suicide note bearing the date and time, 11/16/87 at 2:30 a.m., and signed by Markle: “Let it hereby be stated as true that I, John L. Markle, murdered my wife and two children, Amy and Suzanne, then committed suicide myself. My wife had no knowledge or part in this. I think the evidence shall so provide.” 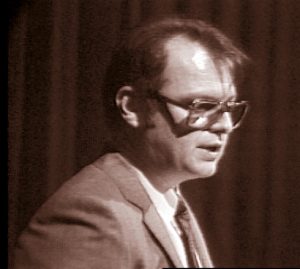 After calling his attorney, Markle shot himself in the head simultaneously with the two guns found beside him.

He left a black briefcase with a note saying it was for Lawrence. Inside were two letters to Lawrence, a handwritten will that mentioned neither his wife nor his daughters, a 12-page letter to his mother, 64 $100 bills, a $5,000 money order and assorted personal papers.

The letter to his famous mother immediately captured the media’s attention. McCambridge won an Oscar for best supporting actress for 1949’s “All the King’s Men,” but what resonated eerily for those reading news accounts about her son’s crime was that in 1973, she had provided the voice of the demon-possessed child in “The Exorcist.”

Details that came to light after the tragedy further added to the horror-movie feel that surrounded it: the Friday before Markle killed his family, Stephens Inc. fired him for embezzling and mismanaging funds — the date was Friday the 13th. Then there was the Halloween mask, the acrimonious letter to his mother, the coincidence that a video of “A Nightmare on Elm Street” was found in the VCR; and the connection to “The Exorcist.”

There was never any doubt that Markle committed the murders before killing himself. Why he wanted to commit suicide was evident after the circumstances of his firing were revealed. But despite all that’s known about the case, why he also killed his wife and daughters seems not only cruel and selfish, but also senseless. What made Markle decide they would be better off dead?

What pushes a father to kill his family.

Money and “mommy” issues drive a man to kill

“Let it hereby be stated as true that I, John L. Markle,
murdered my wife and two children, Amy and Suzanne,
then committed suicide myself. My wife had no knowledge
or part in this. I think the evidence shall so provide.”

John Markle’s handwritten suicide note, signed and dated “11/16/87 at 2:30 a.m.,” left no doubt that he had killed his wife and daughters in their home at 1820 Main St., in Little Rock, Ark., before shooting himself in the head. But it didn’t explain why.

Letters the economist and futures trader left for his attorney and mother revealed his inner turmoil, the anger and depression he suffered after being fired by Stephens Inc. for embezzling and mismanaging funds. Notes in his diary show he was worried about wife Christina and daughters Amy Michele, 13, and Suzanne Marie, 9.

“I am broke and they my children (sic) have no inheritance because of my actions,” Markle wrote in the diary three weeks before his death. “Christine says I have put my family last and I have.”

On the night of the killings, 45-year-old Markle put on a creepy Halloween mask before shooting his sleeping family in their beds. The rubber mask, in retrospect, seems in character for a man known for idiosyncrasies, such as wearing a leather Harley Davidson cap to his white-collar job. He owned a Lincoln but sometimes drove a battered pickup that he and his girls had painted wild colors.

Forensic psychologists cite numerous reasons fathers take their families with them into death, among them loss of control over family circumstances; a belief that the children can’t survive without him; and feeling overwhelmed and seeing no way out of current adversity.

John Markle was the son of the Academy-award winning actress Mercedes McCambridge. She won an Oscar for “All the King’s Men,” but she was best known as the voice of the demon in “The Exorcist.”

Markle’s life unraveled in the weeks before the murders. In October 1987, his employers placed him on “medical leave,” but local media outlets uncovered the real reason: discrepancies in financial accounts belonging to Stephens Inc. and his movie-star mother, Mercedes McCambridge. On Nov. 13, 1987, three days before the murders, Stephens fired Markle.

He had made investments for his mother and the company — without revealing which were his mother’s and which belonged to Stephens. When an investment was profitable, Markle put the credit on McCambridge’s account; losses were assigned to Stephens’ in-house account — those losses totaled $5.2 million. There was no evidence that McCambridge knew what was going on.

After being placed on leave, Markle came up with two plans for making restitution to Stephens Inc., both of which required his mother’s cooperation. But she wouldn’t play. McCambridge’s refusal to agree to either plan angered and frustrated her son, apparently adding to his bitterness about what he saw as a lifetime of indifference and affronts by his mother.

In a 12-page letter that Markle left for McCambridge — along with a letter to his lawyer, 64 $100 bills and other documents — he detailed his grievances. He wrote about growing up as a movie star’s son and staying with other relatives and seeing his mother drunk and fighting with her co-stars.

The letter revealed his desire for his mother’s attention. Markle lamented that when he won several awards at college, his mother “never seemed to notice.” In none of the letters and notes in the Little Rock Police Department’s investigative files, ordered released by the state Supreme Court in 1989, did Markle detail directly why he decided to kill his wife and daughters. However, the fact that he voided a will executed in 1985, then replaced it with one handwritten and dated Nov. 9 indicated he had apparently made up his mind a week before the murder-suicide — the new will made no provisions for his wife and children.

Steve Nawojczyk, Pulaski County coroner at the time of the murders, offered a theory in 1987 for Markle’s crime: “It was an act of macabre benevolence. He wanted to spare the girls the publicity.”

Arkansas Business editor Gwen Moritz, who has studied the Markle case in depth and read every document in the investigative files, said Markle seemed to be trying to make sure the assets of his estate and life insurance policies went to pay off the Stephens’ debt. He believed he was punishing his mother and settling his debt at the same time.

“I think this was a really sad psychological study of a guy whose mother was highly accomplished, and he really tried to please her,” Moritz said. “He and his family paid the ultimate price for his obsession with that.”