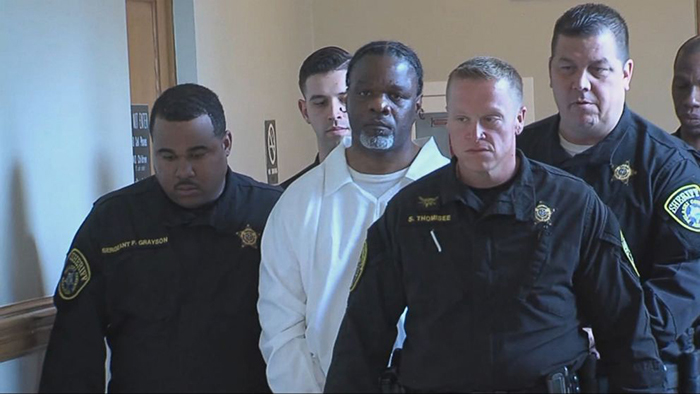 When Winthrop Rockefeller was defeated by Dale Bumpers in 1970, one of his last acts as governor of Arkansas was to commute the sentences of all 15 men on death row. Rockefeller thought capital punishment was morally wrong. He said, “I cannot and will not turn my back on lifelong Christian teachings and beliefs, merely to let history run out its course on a fallible and failing theory of punitive justice.”

Many years later, Bumpers expressed relief that his predecessor had saved him from having to sign off on execution. Thirty-three years later, Illinois Gov. George Ryan followed Rockefeller’s lead. Before he left office, he granted clemency to all 167 inmates on Illinois’ death row.

In 1972, the U.S. Supreme Court ruled, in a 5-4 decision, that the death penalty violated the Eighth Amendment to the Constitution, which banned cruel and unusual punishment. Furthermore, the practice was carried out in an unfair, arbitrary and capricious manner. Those who received the death sentence were disproportionately people of color, the poor, the uneducated and the just plain unlucky, like having your number come up in a draft. The Court’s ruling, however, did not outlaw capital punishment specifically. It merely resulted in a moratorium on executions. Justice Harry Blackmun wrote in his dissenting opinion, “And were I the chief executive of a sovereign State, I would be sorely tempted to exercise executive clemency as Governor Rockefeller of Arkansas did recently just before he departed from office.”

Of the 40 states that had employed the death penalty before 1972, 35 of them, including Arkansas, revised their statutes to bring it back. But instead of addressing the problem of inequality and inconsistency, they focused on the methods of legalized killing. Beginning in 1608, the United States used the following means: bludgeoning, burning, gibbeting, breaking on the wheel, and pressing or crushing the condemned to death. The crimes committed ranged from murder and rape to piracy, witchcraft, treason and participation in slave revolts. Hanging was the predominant method until 1900 when electrocution gained acceptability. Nevada became the first state to implement lethal gas in 1924. Shooting was always a tried-and-true method of eliminating evildoers. To this country’s credit, it has not executed anyone by drawing and quartering. England abolished that ritual in 1870.

The states that wanted to restart executions sought more civilized and less gruesome ways of killing people. Utah was the first to resume executions in 1977 when a firing squad ended Gary Gilmore’s life. In addition to shooting, states brought back gas, electrocution and hanging. Hanging, however, could be gruesome, at least in days gone by. When the trap door was sprung under the feet of Old West outlaw “Black Jack” Ketchum, he was decapitated. Crowds enjoyed such spectacles back then. They would even bring picnic lunches for the event. Pennsylvania was the first state to end public executions.

Electrocutions have a long history of being botched, resulting in the burning of the person and leaving the odor of sizzling flesh in the air. Once during an execution by gas, the doomed was such a skinny little guy, he worked himself free from his restraints and ran around the death chamber in senseless desperation. Prison officials had to wear gas masks to go in and strap the man back in the chair. Even death by firing squad can have moments of horror and suspense. In Thailand, the 1979 execution of a woman went awry. After a volley of 10 shots, she was sent to the morgue. A short time later, she sat bolt upright and started screaming. She was taken back to face the firing squad again, and this time the shooters took better aim. 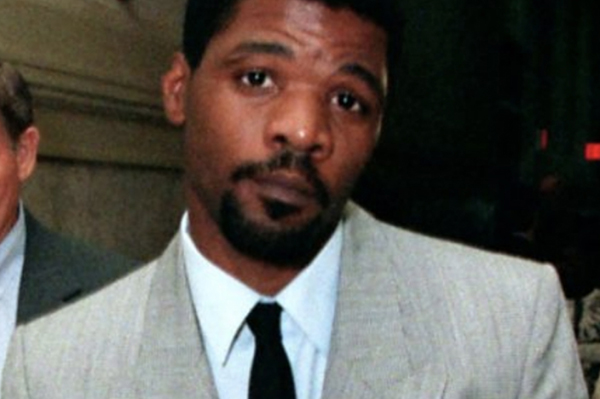 Ledell Lee in his youth. (ACLU)

When Arkansas reinstated capital punishment, after only one electrocution in 1980, the state opted for lethal injection. The “needle,” as it turned out, presented a whole new set of problems. A number of pharmaceutical companies, for ethical reasons, prohibited the use of their drugs in executions. In 2017, Arkansas scheduled eight executions to be carried out in a period of 11 days, an almost unheard-of pace in modern history. The rush was due to the fact that the state’s supply of midazolam was running out, and midazolam was Arkansas’ drug of choice. Among the men initially marked for death in that window of time was Ledell Lee.

Lee was sentenced to death for the 1993 murder of Debra Reese, who had been beaten and strangled in her Jacksonville residence. Lee proclaimed his innocence from the beginning, and over the next 24 years, he gained a lot of support from people who believed him. The prosecution’s case was based on Lee’s neighbor’s testimony that he had seen Lee enter and leave Reese’s house on the day of the murder. The weapon was a wooden club with a white shirt wrapped around it. Blood was on the club, but authorities never tested it nor any other evidence from the crime scene.

Lee’s first trial ended in a hung jury after the jurors heard from alibi witnesses who said Lee could not have committed the crime because they saw him somewhere else at the time of the slaying. No alibi witnesses were called in his second trial, essentially gutting his defense and sending him to death row. The Innocence Project and the American Civil Liberties Union pressed the court to perform DNA testing on blood and hair collected at the crime scene, but the majority of justices denied all appeals.

Because of litigation, Arkansas didn’t go through with the marathon of eight executions in April 2017, but the state did put four men to death within one week that month, before the supply of midazolam expired. Lee was among the unfortunate four. Of the other four, one was granted clemency, and three received stays.

Lee’s family and other supporters did not give up on clearing his name. Four years after his death, again with help from the Innocence Project, DNA testing revealed that genetic material on the murder weapon belonged to another man. That genetic profile is now in a national criminal database, so the unknown individual may yet be identified.

Did Arkansas kill an innocent man?

According to the Death Penalty Information Center, 185 prisoners (as of April 10, 2021) on death row have been exonerated since the 1970s. William Blackstone, an 18th-century English judge, once stated that it “is better that 10 guilty persons escape than that one innocent suffer.” The principle is known in criminal law as “Blackstone’s ratio.”

By March 24, 2021, 23 states and Washington, D.C., had abolished the death penalty. The governors of California, Oregon and Pennsylvania have declared moratoriums in those states. Soon after taking office in 2015, Pennsylvania Gov. Tom Wolf announced the moratorium there, saying the procedure was “ineffective, unjust and expensive.” Six men on Pennsylvania’s death row have been exonerated.

As for those 15 men whose sentences Governor Winthrop Rockefeller commuted in 1970, according to a Texas newspaper article in 2003, two of the inmates died in prison, four continued serving their life sentences, and nine were paroled. Only one of the parolees committed another crime that sent him back to prison.