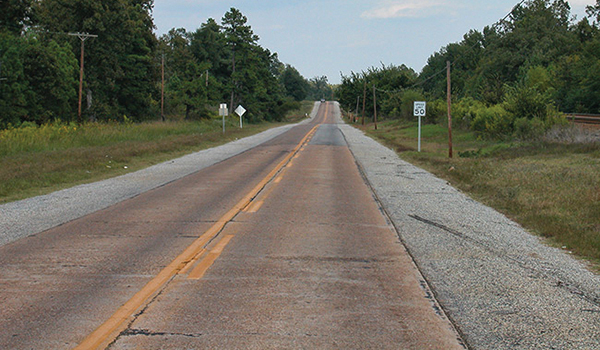 Within a three-day period in late December 1955, three people were found murdered along U.S. 67, one of the main highways through Arkansas. Various newspapers quoted Clark County Sheriff Buren Hardin as saying, “It looks to me like all three jobs may have been done by some kill-crazy nut traveling down the road.” Newspapers sensationalized the slayings, with help from weary law officers who considered the possibility that “an insane butcher” and “psychopathic killer” was on the loose.

The first victim was a Jacksonville boy, 14-year-old Joe King. His family had moved to Arkansas from Wichita Falls, Texas, two months before the slaying. Joe’s stepfather, Sgt. James R. King, was stationed at the Little Rock Air Force Base. His mother said Joe had gone to the movies on Saturday afternoon but never returned. Four days after he went missing, an Air Force search party found his body in a briar patch in a rural area south of Jacksonville. His jacket and wallet were missing.

Sheriff Tom Gulley voiced his opinion: “It was either a sex crime or somebody was mad at him.” Coroner Howard Dishongh, however, said the autopsy did not show any evidence of molestation. The boy had sustained a deep cut on his head, but the cause of death was manual strangulation.

Gulley had 15 to 20 leads that didn’t pan out. Among them was a classmate who had argued with Joe at school. The sheriff also brought Joe’s stepfather in for questioning on two occasions. Joe’s stepfather and mother were both given polygraph tests; his was inconclusive, but hers put her in the clear. Gulley continued to believe the slayer was a sexual deviant.

On Dec. 28, a couple of youngsters, who were rabbit hunting, discovered a dead man about 200 yards off AR 67 near the Pulaski-Saline County border. He had been beaten and choked to death with a leather belt knotted around his neck. Though his wallet and identification were missing, he was still wearing his watch and had $16.27 in his pocket. Less than a week after the body was found, the FBI matched the man’s fingerprints to those that the Army had on file for a World War II veteran named Joseph Stanislaus Kustelski, 42.

Just one day after the rabbit hunters found Kustelski, a keen-eyed motorist saw the body of a young woman in a ditch off U.S. 67 near Gurdon. State Medical Examiner Dr. Anderson Nettleship concluded the woman had been shot in the head at close range. Sheriff Hardin tried to trace a laundry mark, “M. Holden,” on her coat. He also sent her fingerprints to the FBI.

Police picked up a circus clown named Lee Ortiz, 25, who had called and confessed to killing Joe King. Then he said another man had done it, but he didn’t know who the man was. Finally, he admitted he didn’t know anything about any of the murders.

Barely a week after the third slaying, authorities caught a break in the case of the dead woman. Two ladies came forward, saying they had seen the female victim in a Texas café with a man wearing a truck driver’s uniform. The witnesses described the man as being in his mid-30s, about 6-foot-1, and weighing between 150 and 170 pounds. The woman left with the man in a truck that was traced to a company in Summerville, South Carolina, and the driver was identified as David Geiger. He waived extradition to Arkansas and was jailed in Arkadelphia. The woman was Mildred Holden from Silsbee, Texas.

According to Geiger, he picked Holden up near Beaumont, after he left Port Arthur earlier in the day. Right before reaching the Arkansas line, they stopped for lunch at the café where they were spotted by the two witnesses. They stopped again after crossing into Arkansas and had some coffee. Geiger told his disbelieving interrogators that Holden grabbed his .38 caliber pistol that he carried in the sleeper bunk and shot herself. He said he panicked and dumped Holden’s body in the ditch because he was too afraid to call police. Geiger’s story was lent more credence when officials learned that a few months before her death, Holden had attempted suicide by jumping off a bridge and was subsequently hospitalized in a psychiatric facility. Geiger was charged with first-degree murder and bound over for trial, but a jury took only 33 minutes to acquit him.

Investigators on the Joe King case  went through prison records, looking for recently released men who had records of assault. One that caught their attention was Emmett Leggett. In 1954, he had attacked a Morrilton housewife and was sentenced to two years in prison for assault with intent to kill. He was paroled eight months later on the conditions that he stay out of Conway County and that he not drive a car. His parole expired in early December.

Six weeks after the King slaying, two policemen came upon a rape in progress. The rapist was assaulting a teenaged Jacksonville girl in his car parked near a state road. Military police from the Little Rock Air Force Base found another girl who was lying naked and severely beaten. Taken into custody, the man admitted to raping both girls, and, under further questioning, he confessed to murdering Joe King. The man was Leggett.

The 19-year-old, husky Leggett said he picked up Joe under the pretense of giving the boy a ride to the movie theater in downtown Jacksonville. He started making sexual advances toward his passenger, but the teenager resisted. He hit Joe several times until the boy lost consciousness. Leggett said he got scared and choked the victim to death with his bare hands. He led police to the place where he had thrown Joe’s jacket and pocketbook out of his car window after leaving the crime scene.

Leggett went on trial in June 1956. His dark hair was neatly combed, and he was dressed in blue trousers and a long-sleeved, gray sports shirt. He showed no emotion during jury selection, which was lengthy. A total of 240 prospective jurors were dismissed. A few did not believe in the death penalty, but most were excused because they had already made up their minds about the case. Leggett’s court-appointed defense counsel, John W. Bailey, entered a plea of insanity for his client. He also sought a change of venue, but Pulaski County Circuit Judge William J. Kirby denied the request.

Late on a Saturday night, an all-male jury deliberated for two hours before finding Leggett guilty, and Kirby sentenced him to death. Bailey filed several appeals, but all were futile, and Leggett died in the electric chair on Sept. 16, 1960.

The case of Joseph Stanislaus Kustelski, a Minnesota native, was never solved. One of the sheriffs, who seemed to think that the motive in every case was related to sex, suggested Kustelski’s death was a suicide. The knotted belt around his neck could indicate autoerotic asphyxiation, but he had also been beaten, casting doubt on the accidental suicide theory. However, one of his brothers said Kustelski had been nervous and despondent. The reason for his demise remains a mystery.