A Daughter’s Plea: Help Me Find My Father 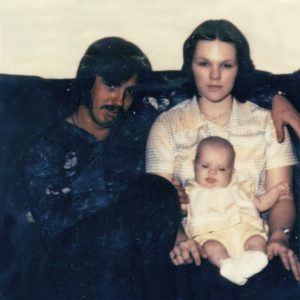 [dropcap]Until[/dropcap] this March, the 1978 disappearance of Anthony Ross Allen from Fort Smith was the oldest Arkansas case listed with online databases, such as the National Missing and Unidentified Persons System (NamUs) and the Doe Network.

Now, however, that distinction belongs to Gary Lynn Mullinax, who vanished on May 9, 1976. After a lifetime of wondering where her father was, Amy Mullinax Whitcomb, filed a missing person’s report — no one ever had. Why not? That’s just one of many questions posed by Amy today. She was barely three months old when Mullinax disappeared on that Mother’s Day 35 years ago.

Amy grew up hearing about her dad from relatives and friends. They told her how much she looked like him, acted like him and talked like him. The day he went missing, he saw Amy and then visited his parents and other family members before going to meet somebody.

“He said he’d be back in about an hour,” his sister, Carol Blakley, said recalling the day. “But we never saw him again.”

Mullinax’s 1970 green Javelin was found parked on a side street off Asher Avenue in Little Rock, Ark., near his brother-in-law’s shop building. His wallet and keys were still inside the vehicle. The Javelin was just the kind of car that Mullinax liked: a muscle car with a powerful engine and sporty body.

“The cars he drove were some of the best that money could buy,” Robert Blakley, Mullinax’s nephew, said. “They were like $3,000, and that was a lot of money back then, and you have to ask how could he buy that stuff if he didn’t have a regular job?”

Though Amy mentions her father’s occupation as carpentry, she is very forthright about another possible source of income. “Back in the day,” she said, “rumor has it my Daddy used to drive for a drug dealer.” 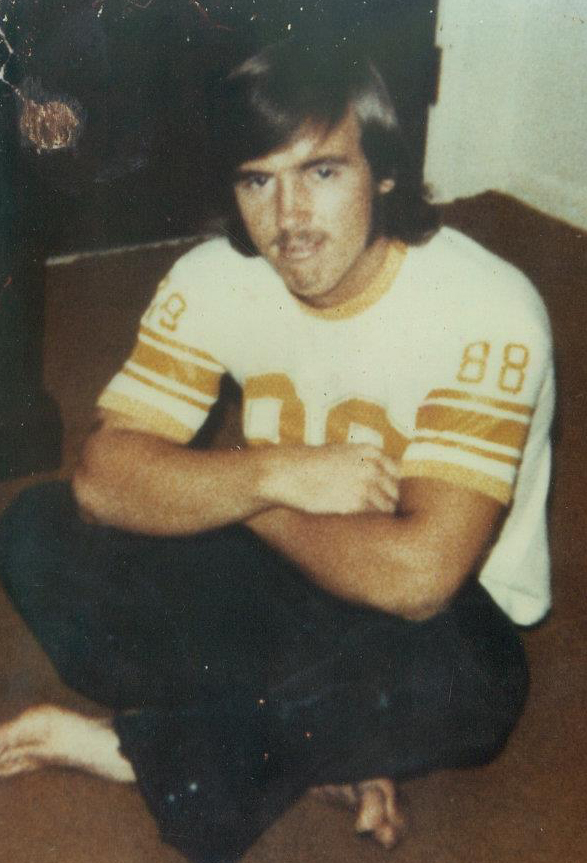 Gary Lynn Mullinax in 1976 near the time of his disappearance.

According to rumor, Mullinax would drop off drugs and pick up the money to deliver back to the dealer, Gene Reno [not his real name]. Some say it was his involvement in the drug trade that resulted in Mullinax’s disappearance. Conjecture is that in an effort to end his illegal activities for the sake of his baby girl, he had turned informant and was working with the FBI.

Blakley remembered her brother coming to her house with an FBI agent. “My husband had bought a gun from Gary. Come to find out the gun was stolen. We gave the gun back, and [the agent] told us Gary was helping them on some drug cases.”

It also has been speculated that he may have witnessed a murder during one of his “drops.” He usually went on drops alone, but one night Reno supposedly went with him and told Mullinax to stay in the car. When Reno got out to make the exchange, he shot the buyer in the head. This alleged turn of events gave rise to the theory that Mullinax may have gone into the Witness Protection Program. Such a scenario might explain why his parents never reported him missing.

According to a family source, after Mullinax disappeared, Gene Reno did kill a man and served seven years in prison for manslaughter, but this could not be confirmed.

Gary Mullinax was born in the Pulaski County community of Ferndale on June 27, 1954. He had 11 siblings, one of whom died in infancy. His mother was a stay-at-home mom, while his father kept the large family afloat with jobs in construction and, for a while, in a dairy. When Mullinax grew up and married, he and his wife started their own family with baby Amy. Then he was gone.

As the years passed and Amy grew into adulthood, she became determined to delve into her father’s disappearance. Her mother, Pat Reagan, supports her daughter’s search for the truth.

“I just don’t want my baby to hurt anymore,” Reagan said. She was pregnant with Amy when she left Mullinax after discovering he had been unfaithful. “I didn’t report him missing,” she said, “because I had filed for divorce. At that point, my life with him was over.”

Reagan moved in with her mother and saw Mullinax only two or three more times. She said she didn’t know of any enemies that he might have had.

“I never encountered anybody who did not like him or anybody who was mad at him for wrongdoing. You know, to be honest, when they say drugs and stuff, I never really saw Gary do drugs.” But she admits, “When I filed for divorce, the lawyer did tell me he thought something like that went on.”

Amy’s quest to find her father has not been easy. “I have met some wonderful people along the way,” she said, but added there are “some who put up roadblocks. The police say ‘We don’t know he’s missing. Everything is hearsay.’ I understand that, but here’s my point … I have a birth certificate proving my father was born. I have pictures of him. I have a birth certificate for me where he is my father. I have pictures of him and me together, but I can’t find my father; and nobody can produce a death certificate. In my eyes that means this man is missing. Google the definition of ‘missing’ and see what you get. It comes up ‘lacking, absent or not found.’ What part of that does not remind you of my father?” 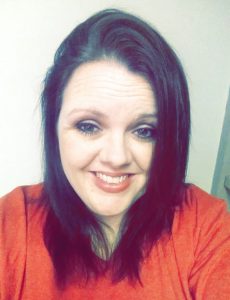 Amy Whitcomb is desperately seeking any information regarding her father’s 1976 disappearance.

One thing in dispute is which law enforcement agency has jurisdiction over the case. Amy was told that at the time of his disappearance, her father was living in a trailer off Military Road in Benton, Ark.; but Sgt. Patrick Baker with the Benton Police Department said, “We have no information to say he was ever in Benton or any of the relatives lived in Benton. We looked into it to see if we could corroborate something, but there was nothing to corroborate. We referred it to the Little Rock Police Department (LRPD) because the car was found there.”

Sgt. Mike Durham with the LRPD’s Cold Case Squad said they don’t have jurisdiction because Mullinax didn’t live there and didn’t disappear from there. It is thought that the last place he was seen was his parents’ home on Lilac Drive in Saline County. The Saline County Sheriff’s Office (SCSO) has no jurisdiction in the matter either, according to Lt. Mike Frost, who leads the SCSO’s Criminal Investigation Division.

“Since his car was found in Little Rock,” Frost said, “The LRPD should have jurisdiction over the case.” But Frost wasn’t very optimistic about any agency being able to help. Citing the length of time that has passed and the lack of substantiated facts, he said, “It would be nearly impossible to do any tracking.”

Frost also explained that Mullinax cannot be listed as missing with the Arkansas Crime Information Center (ACIC) because only a law enforcement agent can enter information into the ACIC’s database.

Trying to assign responsibility to any agency has been “like pulling teeth with a q-tip,” Amy said. But if sheer resolve can accomplish anything, Amy’s wish will come true and she will be reunited with her father or at least learn his fate. The bond between them has transcended time.

If you have any information about Gary Lynn Mullinax’s disappearance, please contact either the Little Rock Police Department at 501-918-3538 or email Amy Whitcomb. Amy has also set up a Facebook page.