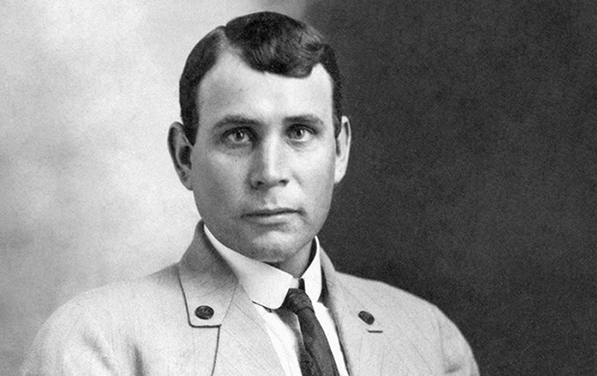 Eighteen-year-old Ella Barham had been missing for nine or ten hours. Search for the popular belle of the Ozarks continued well into the moonlit night, but it was two young boys out hunting who found her … or what was left of her. On a bluff overlooking a creek, someone had dismembered Ella, cutting her into five pieces. She was decapitated; her legs were torn away and her upper torso and arms were severed from her lower half. Her clothing was scattered near the parts of her body.

The year was 1912, and though radio and television were many years away, word about the gruesome murder spread quickly throughout Boone County and beyond. County Sheriff James W. Helm made known his intention to use bloodhounds to track the killer. Although his attempt to get the dogs was unsuccessful, the fact that he had mentioned them would become a key element of circumstantial evidence in the trial of Barham’s alleged killer.

On Nov. 21, the day of her death, Barham had ridden horseback from her home to a friend’s house about a mile away. It was on her way back, around 11 a.m., that she encountered the killer. Her horse was found nearby. On her short, interrupted journey, she passed the home of Kansas Davidson.

The Barhams were a prominent family in the Pleasant Ridge community (no longer in existence). Kansas Davidson and his family were also prosperous and well respected. Davidson was the son of a former county judge and was himself a justice of the peace and coroner, and in the latter capacity, he called for an official inquiry. Dr. George Washington Taylor performed the autopsy, and he determined that Barham had been raped and died as the result of massive trauma to her head. In essence, her skull was smashed to smithereens. Taylor thought the killer had used a sharp-edged instrument, such as an axe, to cut up the body.

The inquest, which continued into the next day, included testimony by people in the community as to where they had been at the time of the murder. Among those whose whereabouts came into question included Davidson’s 29-year-old son, Odus. Later that night, Sheriff Helm and his men went to the Davidson home and told the elder Davidson they were there for Odus. When Kansas called for his son to come downstairs, some of the lawmen who were positioned outside saw something thrown through an open, upstairs window. On closer inspection, they found it was a pair of socks containing red pepper. Odus had been present when Helm said he would sic bloodhounds on the trail of the killer. It was thought that red pepper would fool a bloodhound’s olfactory senses. Helm placed Odus under arrest to the shock and dismay of the Davidson family. 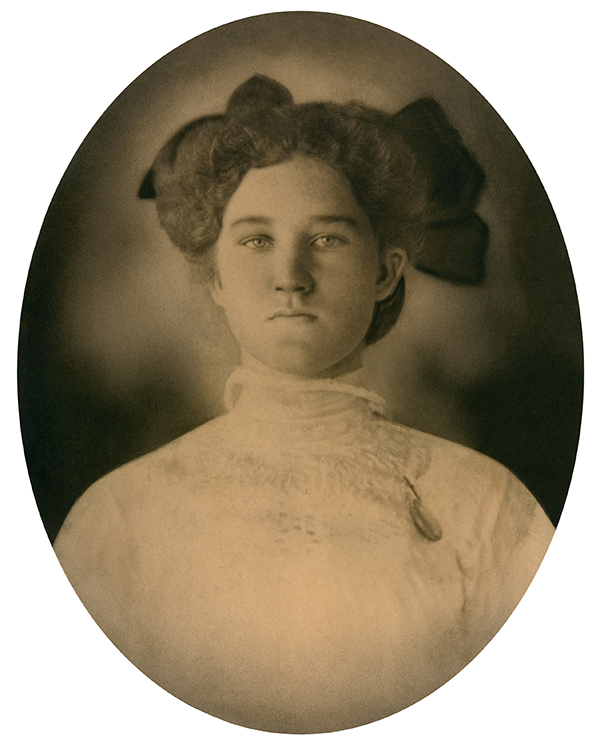 After a second coroner’s inquest and a grand jury, Odus was put on trial for the young woman’s murder. His attorneys contended correctly that the evidence against their client was all circumstantial. Besides the peppered socks, another piece of evidence was a bloody axe, which was found at a woodpile on the Davidson property. The blood proved to be human, but the defense claimed the woodpile was outside the fence near the road, where anyone could have picked it up and returned it after dismembering Barham. Among defense witnesses were Odus’ family and his fiancé, Cora Potts. The accused didn’t take the stand.

On Jan. 25, 1913, after four hours of deliberation, the jury returned a verdict of murder in the first degree.

Odus’ demeanor was calm and quiet throughout his arrest and appearances in court, but upon hearing that he had been convicted, he almost fainted. By the time of his sentencing, he regained his composure and maintained it, even after the judge condemned him to death by hanging.

After all appeals were exhausted, Odus proclaimed his innocence before dropping through the gallows floor.

Many people thought a terrible injustice had occurred, including the editor of the Batesville Daily Guard newspaper who wrote, “No man ought to be hung on circumstantial evidence, and there ought to be some way to prevent it from ever happening in Arkansas again.”

The story of Ella Barham and Odus Davidson isn’t world -famous, but it won’t be forgotten either. This is in large part due to author Nita Gould and her book Remembering Ella: A 1912 Murder and Mystery in the Arkansas Ozarks.

Gould explains, “She lived, died, and is buried five miles from my grandparents’ home, a place I now own. Ella and my grandfather were practically raised together. Ella is family, so her story is personal to me. A few years ago, when I inherited Ella’s remaining possessions, something deep inside me clicked. I realized that writing her story was something I had to do. I believe it was something I was meant to do.”

Gould was born and raised in Oklahoma and still lives there today.

“Yes,” she says, “I am a native Tulsan, but my heart and soul belong to the Ozarks! One day, I’ll move there.”

Gould didn’t set out to be a writer.

“I majored in accounting in college, but I have spent the majority of my professional career in information technology,” she says. “I’ve held numerous positions and managed many technology projects. Currently, I am a senior analyst for a Tulsa-based pipeline transportation company. I help others in our company to select and implement software applications.”

Gould, in her mid-20s at the time, first learned about her cousin when she came to Arkansas with her parents. During their stay, they visited the country cemetery where they have a family plot. Seeing Barham’s grave, Gould noticed how young her cousin had been when she died and asked her mother about it.

“At first,” Gould says, “I was drawn into the mystery. Like many others, I wanted to know what happened to Ella. Over time, learning about her evolved into a quest, a mission.”

And her perseverance paid off. Her meticulous and extensive research produced a chronicle of an event from long ago that’s still fascinating today.

Asked if she thought Odus Davidson was guilty, she says, “While writing my book, my goal was to present factual information in an objective way so that others could develop their own informed opinions. I wanted to dispel the folklore. I don’t share my opinion because I don’t want to influence anyone.”

For more information about Nita Gould and her book, go to www.rememberingella.com.