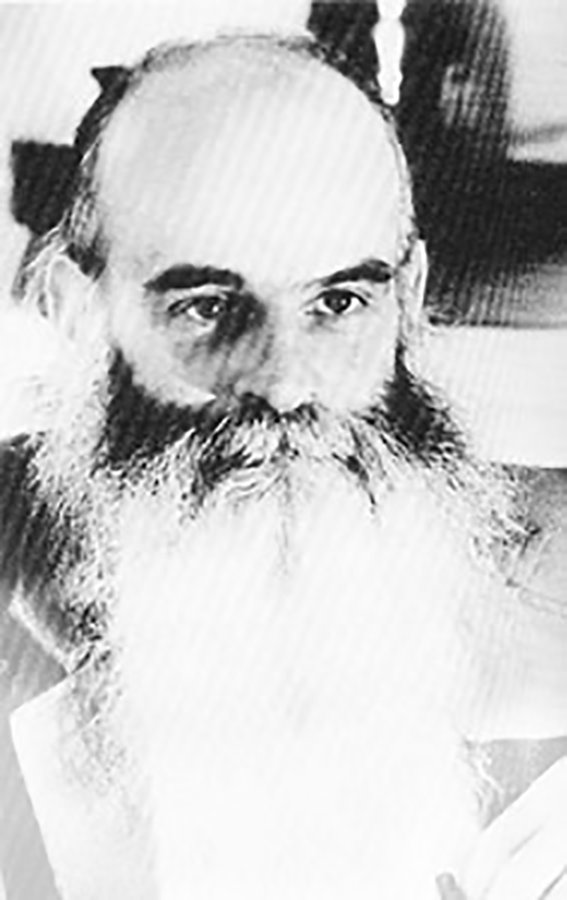 Fleeing New Mexico to dodge criminal charges of incest, Ronald Gene Simmons moved his family to Arkansas, where he hoped to recapture the happiness he had known as a child in the little town of Hector. He rented a house for his brood in Ward in Lonoke County, but his long-term plan was to move back to Hector, and he kept an eye on real estate ads to that end. Still under their father’s thumb, the family remained just as isolated as ever. They weren’t allowed to answer the front door unless he was there. 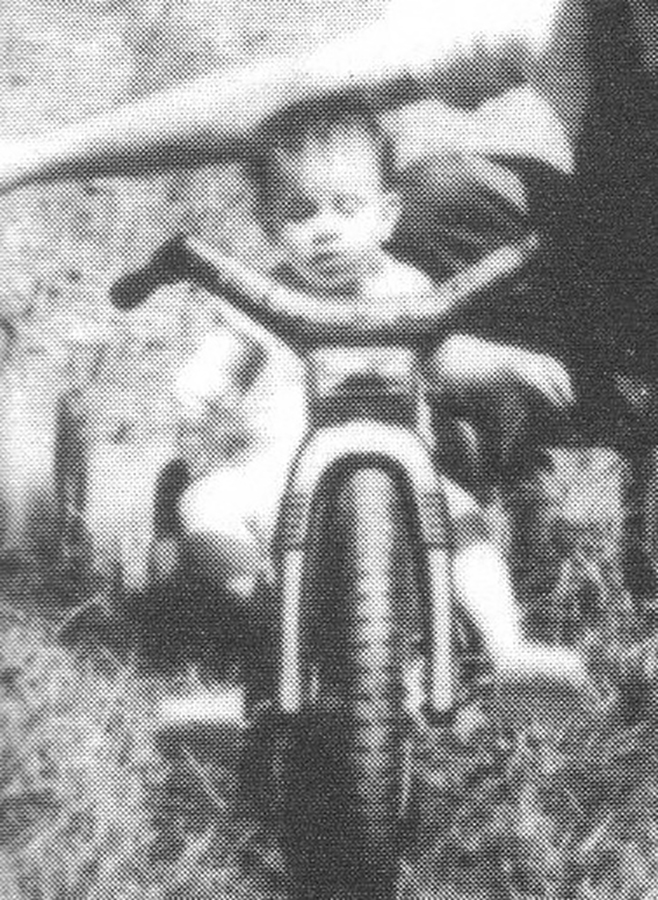 Sylvia Gail, the product of Sheila and Gene’s incestuous relationship.

Gene found a job as a file clerk for the Veterans Administration Medical Center in Little Rock, but soon afterward he went to work for the recruiting office. By this time, he was having serious financial problems. He still owed thousands of dollars on the mortgaged property in New Mexico and was not earning enough to support Becky and the six children still living at home. Those children included Sylvia Gail, the product of Gene’s incestuous relationship with his daughter Sheila, a relationship that continued after the move to Arkansas. By the end of 1983, Sheila was pregnant again. Although he was a vocal opponent of abortion for other people, he made an exception for Sheila and took her to Dermott for the secret procedure. 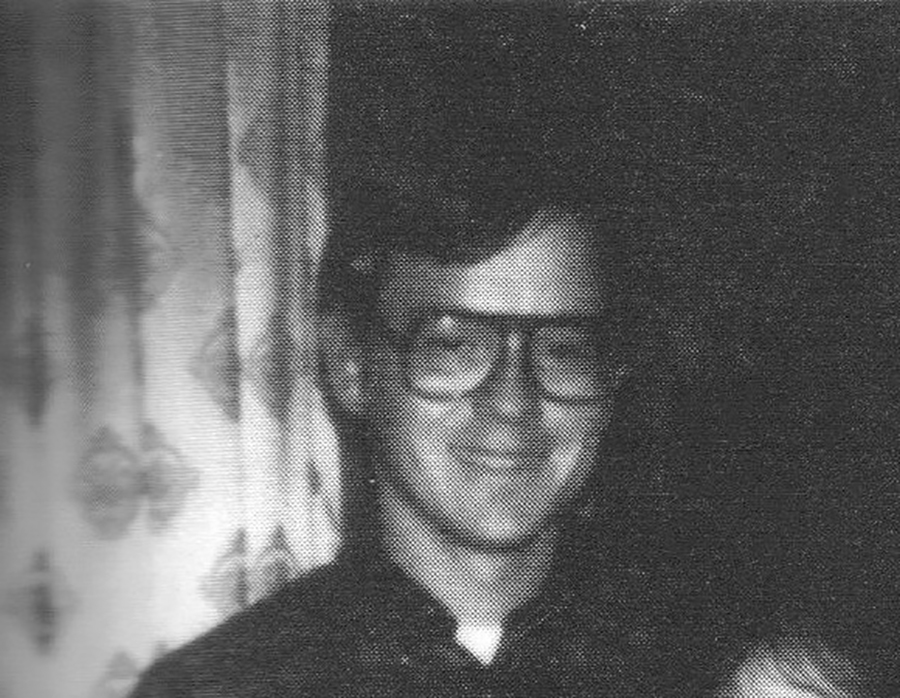 Dennis McNulty, whom Sheila married in 1984.

While they were living in Ward, Sheila enrolled in the Draughon School of Business in Little Rock where she met fellow student Dennis McNulty. They took a shine to each other and began dating. It wasn’t long before she trusted him enough to confide in him about her troubled life at home.
Meanwhile, Gene continued to search newspaper ads for property for sale in Hector and even made a trip there. He finally had to settle for a place just outside Dover, 12 miles away from his childhood idyll. He called their new home Mockingbird Hill and named the drive up to the dwelling “Little Princess Lane” in honor of Sheila. 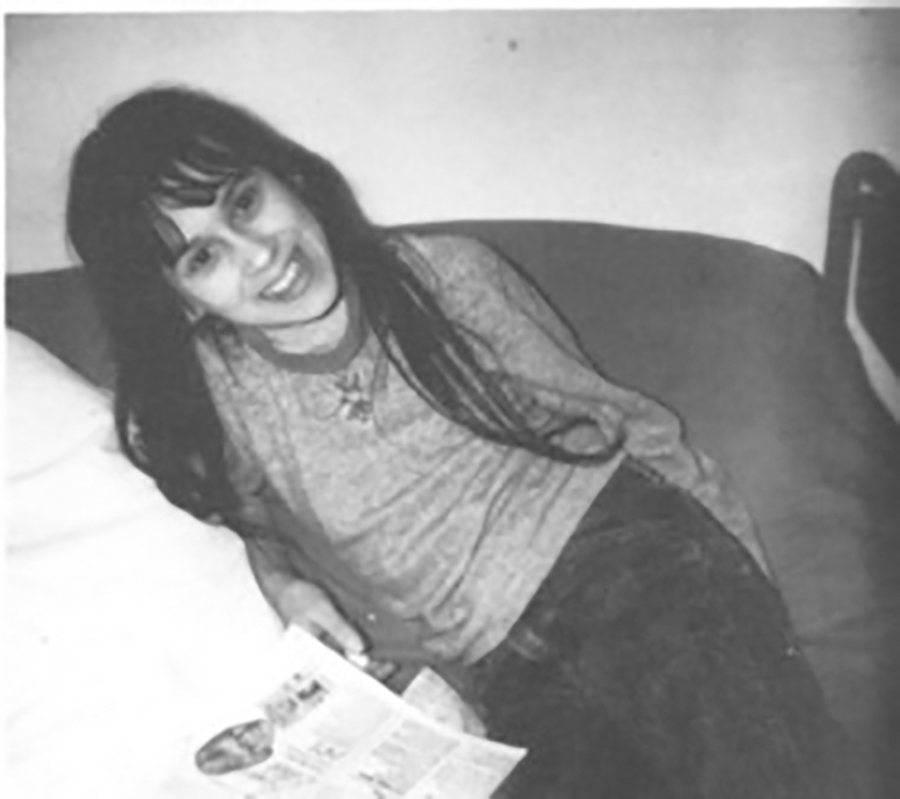 Sheila Simmons, the apple of her father’s eye.

But his beloved daughter was changing, growing up, and she wasn’t as compliant as she had been. She was also in love, and the object of her affection wasn’t dear old dad. When she announced her plans to marry Dennis, Gene felt betrayed. How could she, after all he had done for her? Didn’t she realize he adored her? He was furious, but for once, his will would not be done. Sheila became Mrs. Dennis McNulty in September 1984 and moved with her new husband to his hometown of Camden. Gene’s love turned to hate very quickly, and he told Sheila he would see her in hell.
With Sheila gone and Gene Jr. and Billy also with families of their own, Gene’s kingdom was shrinking. He tried to substitute Loretta for Sheila, but his second oldest daughter was smarter and much more independent than her big sister had been. Loretta, who had made friends at school, was openly sarcastic with her father, and Becky, who was becoming more resourceful, had devised a way to communicate with her grown children and her sister, Vi. Behind his back, Becky called her husband “Fatso,” among other unflattering names.
Gene’s life was spiraling out of control. To make ends meet, he had to resort to a series of low-paying menial occupations. By 1985, he was working two jobs, one at Sinclair Mini Mart in Russellville and the other at Woodline Motor Freight, also in Russellville. Besides being the clerk with the least seniority at Woodline, he had to submit to the authority of a female supervisor, something he had never done in his life. Oh, the humiliation! And the woman, Joyce Butts, had the audacity to criticize him for not doing an office task correctly and went so far as to enter a notice of reprimand in his personnel file.
Trying to assert himself and gain sympathy, he sought to establish a personal relationship with 24-year-old Kathy Kendrick, who worked at Woodline. He bought her flowers and tried to persuade her to go out with him. Not only was she not interested, she was very uncomfortable. When his unwanted advances continued, Kendrick told Butts, who reprimanded him again. That was the last straw for Gene, and he quit.
At home, he stayed in his room alone a lot, brooding over the loss of Sheila and the respect he no longer got from his other ungrateful kin. He let his appearance go. Balding and bewhiskered, he was paunchy and unkempt. Once a moderate drinker, he imbibed more and more. Loretta told a classmate that her father was “a drunken bum.” And despite all the “improvements” he had forced his children to make to his 13-acre spread, Mockingbird Hill looked like a dump. In short, Ronald Gene Simmons was a failure.
Becky, on the other hand, continued to gain self-confidence. She had stayed with Gene, ironically, for the sake of the children. She hadn’t thought it possible for her to raise them and support them without him. In 1987, her grown children and Vi finally convinced her that she would be able to draw some of Gene’s military benefits and child support. Plus, she had already threatened to turn him in to the police, so she resolved to leave him. Because they thought there was safety in numbers, Gene Jr., Billy and Sheila, along with their spouses, agreed they would meet for Christmas on Mockingbird Hill. Christmas had always been a special time for the Simmons family. Even the old Grinch himself got in a festive mood and was easier to tolerate. Only this Christmas, Becky’s gift to herself was going to be her freedom. What she did not know was that Gene had been making plans of his own. He had decided in October to go through with an idea he had been contemplating for months. When he learned the whole family would be together at Christmas, all the details fell into place. He quit his job at the Mini Mart on Friday, December 18, and waited.
Gene Jr. and his wife had separated but were in the process of reconciling when he left for Mockingbird Hill with their 3-year-old daughter, Barbara. He told Billy and Sheila he would call them. He never had the chance.
On December 22, 1987, Gene Sr. saw Loretta, Eddy, Marianne and Rebecca Lynn off to school, while his wife and oldest son were still sleeping. Although he already owned three other guns, he went to Walmart, bought a .22 caliber revolver and returned home. The house on Mockingbird Hill was festooned for the holidays with a gaily trimmed tree, cards and other decorations of the season. Gene plugged in the Christmas lights, turned on the television and then, with a crowbar in one hand and the .22 caliber pistol in the other, he began the systematic slaughter of his family. Going to Gene Jr.’s room, he hit his son on the head and shoulders with the crowbar, but Gene Jr. jumped up and tried to fight back. His father shot him once in the chest and four times in the head and face.
Becky heard the shots from her bedroom across the hall and knew what was coming.