Murder Mystery: Lambs to the Slaughter, The Final Chapter 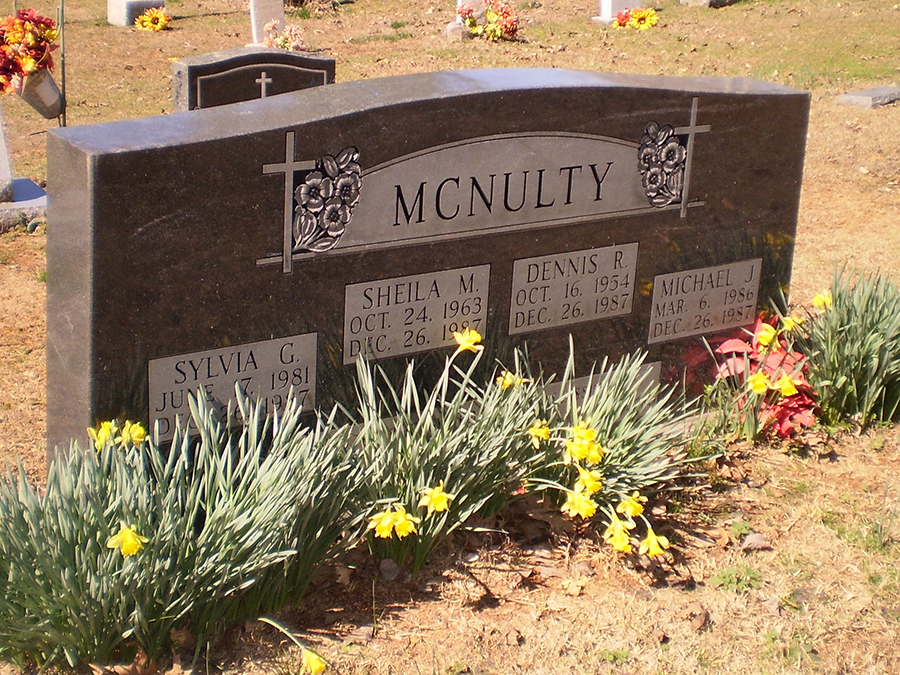 By Janie Jones
The day of December 28, 1987, unfolded like something out of a movie — a surreal sci-fi plot in which all the residents of a small town go mad at the same time. In Russellville, the Pope County Sheriff’s Office got a call about a shooting at Peel Law Firm. Within minutes, another call came in about a shooting at Taylor Oil Company. Then it was Sinclair Minimart, then Woodline Motor Freight. Some storekeepers locked their doors, as they saw police cars and then ambulances crisscrossing the town with lights flashing and sirens blaring. There were no cellphones back then to inform people what was happening. What was happening was that Ronald Gene Simmons was carrying out his mission to kill all the people he thought had wronged him.
His first victim that day was Kathy Kendrick, the young woman who had spurned him when they worked together at Woodline Motor Freight. He shot her at the Peel Law Firm, where she had found employment after leaving her job at Woodline. She died a few hours later. Then, he drove to Taylor Oil Company, where he meant to settle a score with Rusty Taylor, Simmons’ former employer at the minimart. He shot Taylor, turned and, almost by reflex, shot J.D. Chaffin, an off-duty fireman, who was entering the building. Taylor survived, but Chaffin died instantly. At the mini-mart, Simmons shot at the manager, David Salyer, but missed. When Roberta Woolery, the cashier, reached for the phone, Simmons shot her in the face and shoulder. Salyer grabbed a chair and threw it at Simmons, but the gunman got off a shot that struck Salyer in the head. Another man in the store started lobbing cans of food and soft drinks at Simmons, who then left. With blood streaming from her wounds, Woolery was able to call the cops and identify the shooter as Simmons, who had one more stop to make before giving himself up.
At Woodline Motor Freight, he shot his former supervisor, Joyce Butts, in the head and chest. Though Simmons thought she was dead, Butts survived but would never fully recover. With his fury finally spent, Simmons told company employee Vicki Jackson to call the police. He surrendered without a fight.
After his capture, Simmons refused to talk, but his lip quivered and eyes welled up when asked about his family. Sheriff James Bolin grabbed his coat and said, “That crazy son of a bitch may have killed his whole family up there.” Bolin wished more than anyone that he was wrong, but in the coming hours and days, his premonition proved to be accurate. Inside the Simmons home on Mockingbird Hill off Broomfield Road in Dover lay the bodies of Gene’s son Billy and his wife Renata, alongside those of his daughter Sheila McNulty, her husband, Dennis, and 7-year-old Sylvia, the product of Gene’s incestuous relationship with Sheila. Winter darkness suspended a search for the rest of the family. 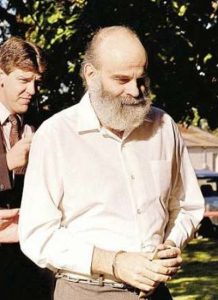 Simmons being led away for the murder of his entire family.
He was put to death in 1990.

Authorities learned from in-laws that as many as nine members of the Simmons family were still unaccounted for. So, the next morning, men were back on Mockingbird Hill, going over the 14-acre property. They zeroed in on a plot of land that was covered with corrugated tin and barbed wire. Underneath was freshly turned earth, so they started digging. The hole that Loretta, Eddie, Marianne and Rebecca had prepared ostensibly for a new latrine had become their grave. Also in the pit were the bodies of Gene’s wife, Becky, their oldest son, Gene Jr., and his 3-year-old daughter, Barbara. Still missing were Billy’s baby son, Trae and 21-month-old Michael McNulty. Police Lieutenants Ray Caldwell and Jay Winters went to an area northwest of the dwelling where two old cars had apparently been abandoned for a long time. They used a crowbar to pop the trunks. Each car contained one little body. Both babies had died by ligature strangulation and were found soaking wet in garbage bags. All adult victims had been shot, some multiple times. All the children died by ligature strangulation.
While his crimes were being uncovered, investigators questioned Simmons, but he remained mute. Later, when he ended his silence, he still refused to talk about what he had done, so no one can say with absolute certainty how the slaughter of his family was carried out. Their attire and the location of their bodies, however, indicate somewhat of a timeline. Loretta, Eddie, Marianne and Rebecca left for school on the last day before Christmas vacation. Gene Jr., wearing only his underpants and socks, and Barbara, dressed in her pajamas, were still asleep in bed. They were the first to die. Becky may have been up, but she was killed then, too. The four youngsters, still in the clothes they wore to school, were killed that afternoon when they got home. But how Simmons managed to separate them long enough to strangle each one remains a mystery. He buried the dead in the pit and then waited for the relatives who were coming from out of town. Simmons murdered them soon after they arrived on December 26. He spent the weekend surrounded by their corpses.
While going through the belongings of Dennis and Sheila, the McNulty family found 20 90-minute audiotapes that Gene had sent to his “sweetheart.” On one, Willie Nelson was singing “You Were Always On My Mind.” Simmons could be heard sobbing in the background.
He told his attorney he didn’t want to plead insanity. Instead, at his first trial for the murders of Kathy Kendrick and J. D. Chaffin, he read a statement requesting the death penalty. He got it. He received another death sentence for the annihilation of his family. He remained taciturn but did reach out to one reporter. Anne Jansen was a news anchor for KTHV-TV in Little Rock, and when Simmons saw her image from his jail cell, he was struck by what he thought was her resemblance to Sheila. He wrote to Jansen on October 24, which was Sheila’s birthday. Jansen set up a series of in-person interviews with Simmons. She described him as “intense” and “compelling.” By this time, he had a long beard.
“Do you miss your family?” she asked.
He answered immediately, “Yes.”
Did he feel remorse?
“Yes, of course.”
Asked if he had considered suicide, he said he had but was afraid if he shot himself, something might go wrong and he would be left alive but incapacitated. He knew he had made a mistake using the .22 caliber gun. It was too small to do the job, which is why he shot some of the victims many times and why some, such as Rusty Taylor and Joyce Butts, lived. Jansen said Simmons was “bizarre” and “extremely paranoid.” He thought his cell was bugged.
Jansen came out of the meetings feeling drained. “It was like your brain ached,” she says.
“Will you ever tell us why?” she asked him.
“I’m not going to comment on that,” he said.
As he awaited his execution, guards logged his every move, including the trivial fact that he killed cockroaches in his cell. For his last meal, he requested filet mignon, two raw onions, tomato slices, a banana, six rolls and a 7-Up.
Simmons was put to death June 25, 1990.