Murder Mystery: Most Likely To Be Murdered Part 2

When Harding College Associate Professor Ruby Stapleton was kidnapped from a Searcy laundromat in October 1963, her anxious students, colleagues and family had to wait an excruciating 11 days to learn her fate. After the discovery of her nude body in a dry creek bed, the medical examiner ruled her death a homicide. A cotton gag had been lodged in her throat, cutting off her oxygen supply. Then came another waiting game. Ruby’s loved ones looked to law officers for answers as to who committed the murder and why. Little did they know it would take over 50 years and a lawsuit to get a response.
Local authorities requested help, so the Arkansas State Police (ASP) stepped in and interviewed numerous people, beginning with the Stapleton family: Ruby’s estranged husband, Raymond, and their children, Mary Claire and Glen Dewey. Raymond was often at odds with Ruby, primarily about her desire to do things her way but also about her lax housekeeping habits. He hadn’t lived with his wife for nearly 10 years. 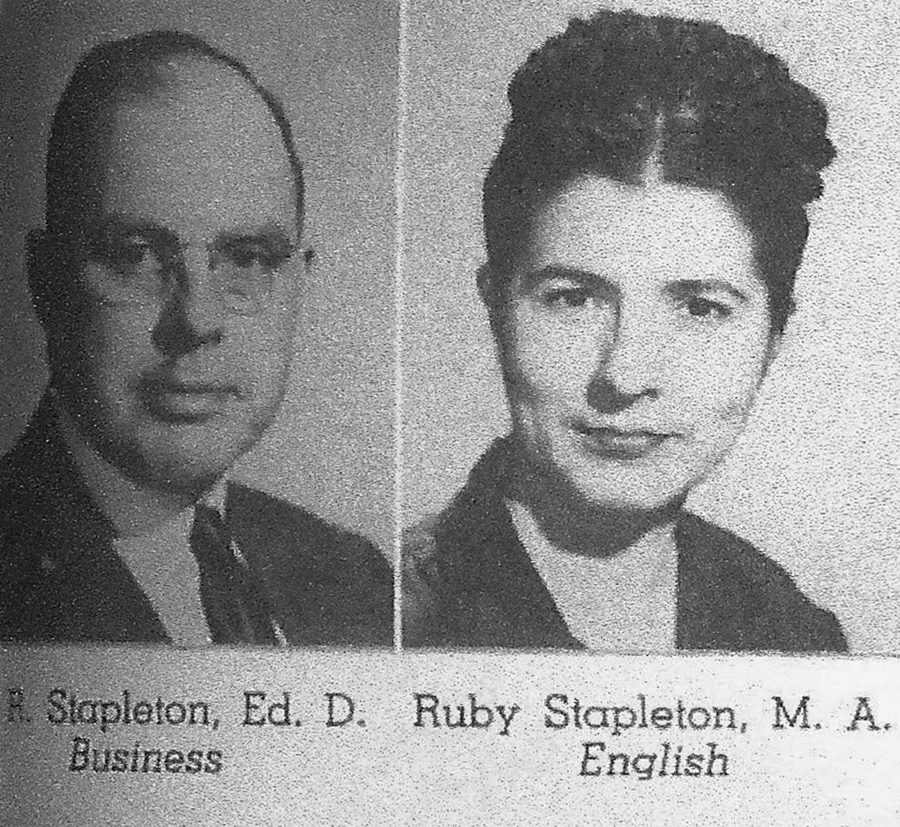 “She was more dedicated to the church and school than to her home,” he said.
Glen has sought privacy, citing concern for the victim’s grandchildren. But it was a grandchild who brought new life to this case. Mary Claire’s daughter, Heather Bates, first heard about the slaying when she went to a family reunion when she was in junior high school. The unsolved murder has weighed heavily on Mary Claire’s mind and has affected Heather’s life.
“It still matters to my mother,” says Heather, whose little girl, Ruby, is named after Stapleton.
In 2013, when Heather was at home on maternity leave, she was watching the TV show Cold Justice and decided to try to get her grandmother’s case featured on the program. Cold Justice would review only cases referred by law-enforcement agencies, so Heather contacted the ASP, asking for their cooperation with the show and for a copy of the investigative file to read herself. The agency rejected both requests, saying the case was exempt from disclosure under Arkansas’ Freedom of Information Act (FOIA) since it was an open and ongoing investigation.
Heather hadn’t expected the denial of access, because the ASP had allowed her mother to look at the file and take notes for a couple of hours in 1993. Finding the refusal unacceptable, she fired off a volley of emails to various people within the ASP. When they again took no action on her behalf, she obtained legal counsel and pursued the matter all the way to the Arkansas Supreme Court. In April 2017, Justice Rhonda Wood wrote the unanimous opinion: “No charges have been brought or appear to be imminent. The victim’s family and the public are entitled to know how the officials in this case, i.e., law enforcement, performed their duties.”
Winning the lawsuit turned out to be a partial victory, for when Heather and her mother received the ASP records, a great deal was missing.
The following is part of what was gleaned from the file.
In the beginning, there had been a flurry of activity on the case, as lawmen ran down the flimsiest of tips from the public, including conversations overheard at newspaper stands. They also conducted a more in-depth interview with Raymond. Though he didn’t bring up the fact that he was gay, when asked about it, he freely admitted to having homosexual relations with a number of men. He didn’t know all their names but provided a list of those he did recall. Being a gay teacher in the South in 1963 left Stapleton vulnerable to blackmail, and he and his wife did own property and bank accounts worth thousands of dollars. He was a big spender, which gave the impression that he was independently wealthy, but Ruby controlled the purse strings. Even so, bank records show she wrote checks to Raymond when he needed money. She had deposited $13,521.00 in June 1963, and on the same day, she wrote a check to him for $7,617. Some people thought Raymond himself might have hired a killer in order to get all the cash and real estate, but after inspecting his phone records and verifying his lovers’ alibis, interest in Stapleton as a suspect waned.
One name that Heather has heard spoken of in connection with the slaying is Oren Ray Hays, a bootlegger. His motive? Retaliation for Ruby Stapleton’s efforts to keep liquor out of the hands of Harding students. Rumors circulated that Hays had taken some bloody clothing to a laundromat after the murder and that his vehicle was seen at the laundromat where Ruby was kidnapped. After interviewing him, police released Hays. A month after the Stapleton homicide, he was held for questioning in the death of his wife, who died of strychnine poisoning. However, the county coroner said an investigation turned up no evidence to support bringing charges and ordered Hays’ release. In 1971 he was charged with possessing stolen property. The case was dismissed. That same year he was convicted of grand larceny and burglary, but the conviction was overturned. It seemed he always wiggled out of trouble, possibly due to protection by local authorities, some of whom Heather described as corrupt. 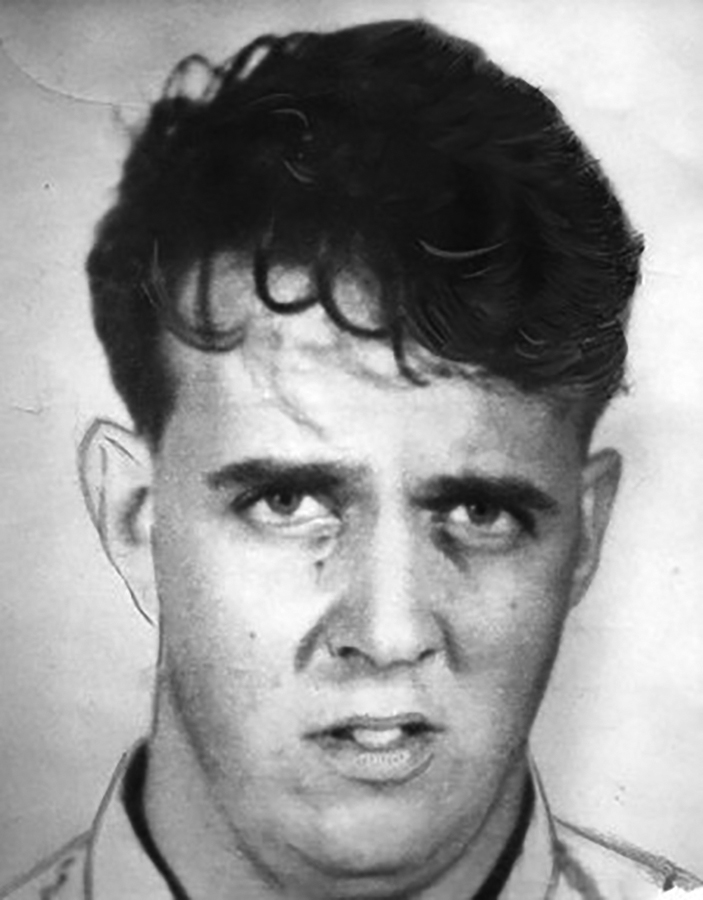 Roger Burns, a former U.S. Air Force radar technician, was convicted of a similar murder in Illinois in 1965.

If money and revenge are taken out of the equation, the murder could be considered a sex crime. Ruby’s nude body was too decomposed to show if she had been raped, but the autopsy revealed “three or four long abrasions [or cuts] … on the abdomen starting in the area of the genitalia and running upward to the area of the breasts.” Police interrogated sex offenders, including window peepers and flashers, but none raised a red flag. Then in 2014, this aspect of the case was revived when retired ASP Colonel J. R. Howard speculated that a U.S. Air Force radar technician named Roger Burns might have killed Stapleton. While stationed near Belleville, Illinois, in 1965, Burns confessed to abducting Roseann Curran from a self-service laundry and killing her. He wrapped the body in a blanket and dumped her in a wooded area. He returned the following night.
“The moon was shining bright, and I could see her lying on her back, just where I had put her,” he said at the time.
He then cut off her clothing and mutilated her body. (It should be noted that Ruby Stapleton’s belt had been cut.) Burns pled guilty, saying he had “uncontrollable urges” to torture women. He said the impulses were occurring more frequently and were becoming more difficult to resist.
ASP Special Agent David Moss tried to determine if Burns had been stationed at a missile silo in White County at the time of Stapleton’s murder. Moss contacted several departments both within the ASP and other agencies, including the National Personnel Records Center, the FBI and the White County Coroner’s Office. None could locate the files. FBI records from 1963 were destroyed in 1994.
Though Burns was sentenced to 198 years in prison, he was paroled in 2008. He violated parole and was committed to a mental institution in 2010.
In 2014, the ASP assigned Ruby Stapleton’s case to their Special Investigations Unit where it now rests, unlike her spirit, which continues to haunt her family.