Sometimes we are forced to face our own mortality.

[dropcap]It[/dropcap] could be a sudden illness or a close call in an accident. And while we contemplate death, we may concern ourselves with the disposition of our remains — peaceful repose in a country cemetery or perhaps ashes spread over a favorite place. But too many of the dead do not lie in hallowed ground or blend with sea and air. Their bones may rattle a killer’s conscience once in awhile, otherwise they are lost to loved ones, who cannot bid farewell or visit a memorial. According to Todd Matthews, “There are probably more than 40,000 unidentified bodies in the United States alone.” 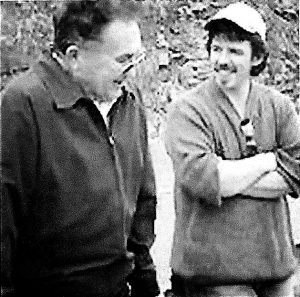 Matthews with his father-in-law, Wilbur Riddle, who found the body of Bobbi Taylor, aka Tent Girl.

In 1968 in Scott County, Ky., Wilbur Riddle found the decomposed body of a woman wrapped in a tent bag. Unidentified and unclaimed, she was buried in a pine box at the county’s expense. People referred to her as “Tent Girl.” Twenty years later, Riddle’s daughter, Lori, married Matthews, who became fascinated by Tent Girl. He started researching missing persons’ cases, trying to determine who she was.

When the Internet came along, Matthews sent e-mails, checked message boards and visited chat rooms. Finally in January 1998, he saw a web posting by Rosemary Westbrook, looking for information about her sister, who had disappeared from Lexington, Ky., in 1967. Matthews promptly got in touch with Westbrook, then living in Little Rock. She was 11 years old when her 24-year-old sister, Barbara “Bobbi” Taylor disappeared. Taylor’s husband, Earl, left their three children with relatives after saying Bobbi had run off with another man. He was seldom seen by the family after that and died in 1987. One of the children had heard Bobbi and Earl arguing the night before she disappeared.

Matthews said, “We had enough compelling circumstantial evidence to initiate an exhumation.” Subsequent DNA tests proved Tent Girl was, indeed, Bobbi Taylor. Identifying Bobbi was a turning point for both Matthews and Westbrook. Their lives took directions that neither could ever have imagined.

Westbrook was inspired by the law enforcement officers, coroner and all the other personnel who helped her find Bobbi. “I saw the genuine care and concern in their hearts,” Westbrook said. “I knew what it felt like to be given my sister back. I wanted to know what it felt like to give something in return. When my husband and I got married, we bought a home next door to the [Saline County] coroner, Will Bearden.” Westbrook shared the story of her sister with Bearden, and he realized Rosemary could bring a special perspective to the coroner’s department. One day he asked her to accompany him to the site of a plane crash in Paron, Arkansas.

“It was a mother, father and four children,” Westbrook said. “There I was on my first coroner’s trip, and I was picking up pieces of somebody, and we didn’t stop until every piece was found. If you can take one child or mother, father, sister, brother, and you can help them go home, that’s the biggest treasure of all.”

During the day, Westbrook works at her “real job” in accounts payable at the Saline County Courthouse. She dons her deputy coroner hat “in the evenings and on weekends, whenever Bearden needs help. “No two calls are the same. It might be an infant death, a Hospice death, car wreck, hanging, gunshot, drowning, an overdose … you name it. And when I think I’ve seen it all, I haven’t.”

Westbrook doesn’t have a medical or scientific background, but received a deputy coroner’s certificate after going through training, which included attending a full autopsy. She described the experience as “traumatic,” but added that she knew what she was getting herself into. “They show you everything,” she said. “The bones, intestines, brain, everything. They’re very meticulous.”

But Westbrook’s job really has more to do with the living than the dead. “I try to let people know they are not alone,” she said, “Because I’ve been there. I sit down and listen to their stories and have as much compassion for them as someone did for me a long time ago.”

Westbrook stays in touch with Matthews whose own life took an interesting course. 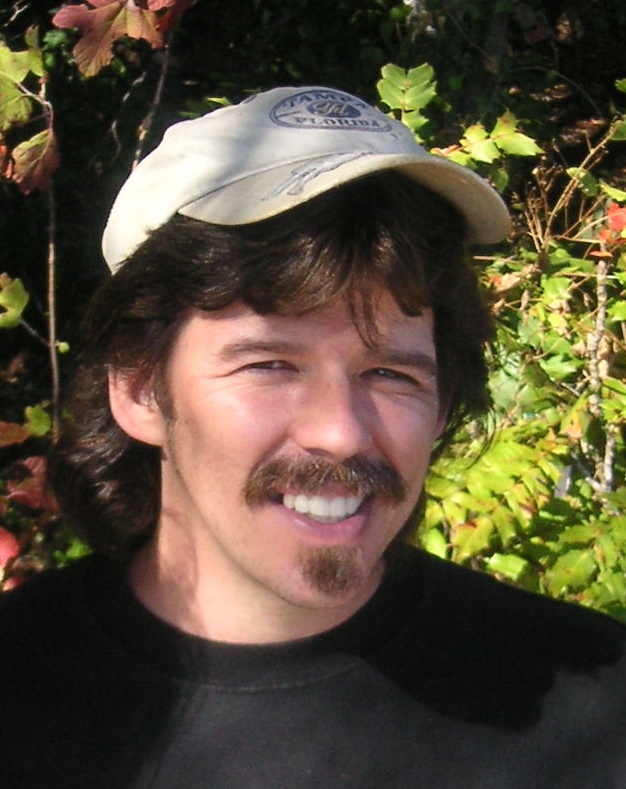 Matthews started The Lost and the Found, the first website with a database of unidentified dead people.

“In 1998 I decided to start a website,” Matthews said, “To categorize [John and Jane] Does for possible comparisons to missing persons cases — the first online database of unidentified deceased. “The Lost and the Found” was created with the help of Lynn Johnson from Lexington and members of the Tent Girl’s family. In 2001, I merged the original “Lost and Found” site into the newly-emerging Doe Network, an international volunteer group attempting to organize missing persons and unidentifieds.”

Last year, Matthews went to work for the National Missing and Unidentified Persons System (NamUs) as a liaison between medical examiners, law enforcement, families, and volunteers. Created by the U.S. Department of Justice, NamUs has one database with DNA information, dental X-rays, and fingerprints from decedents. Another catalogs the same details about missing persons.

Still open is the case of an unidentified adult, white female found on Oct. 24, 1994 alongside the railroad tracks 1.5 miles east of Morrilton, Arkansas. Her body was in an advanced state of decomposition. Approximately 5’ 4 ½” tall, she had long, brown hair and was wearing jeans, a black bra, Dr. Scholl’s tennis shoes (size 6 ½) and a green T-shirt saying “100% black family.” Fingerprints could not be obtained, but dental records and DNA are available.

Another open Arkansas case concerns an unidentified white male discovered floating in LaGrue Bayou near Stuttgart on Aug. 16, 1978. He had been hog-tied, wrists to ankles. The tattoo of a heart on his right forearm looked non-professional, maybe a prison tattoo. The victim was wearing a red-and-yellow-striped shirt, maroon corduroy pants and a blue cowboy belt.

The oldest unidentified remains found in Arkansas and recorded in NamUs was part of a man recovered atop Mount Magazine in 1970. The May 2009 issue of AY contained an article about this case. The head, limbs, and upper torso were all missing. NamUs ranks the potential for identification as low.

Hunters, hikers, or anyone else who may stumble upon remains should abide by the following protocol: Do not disturb the site. Mark the spot, either by GPS coordinates or by some type of recognizable sign or symbol. Leave the area by the same path you entered. Call 911, and wait for officers to arrive.

The work of matching missing persons to the unidentified dead has “evolved immensely,” as Matthews put it. Additional websites dealing with the subject started popping up as the Internet became more commonly used. “People would have cold case discussion forums in Arkansas,” Matthews said, “And then there would be one in North Carolina. It was like Facebook without Facebook. It’s more of a global community now than ever before.”

Matthews praised other organizations also dedicated to raising awareness about missing persons and offering support for loved ones. Groups, such as Let’s Bring Them Home (LBTH) and Peace4 the Missing, he said, “can help guide a family through the process of seeking resolution in a responsible way.”

Stopping by David’s Burgers for the Burger Bucket List
May 18, 2022