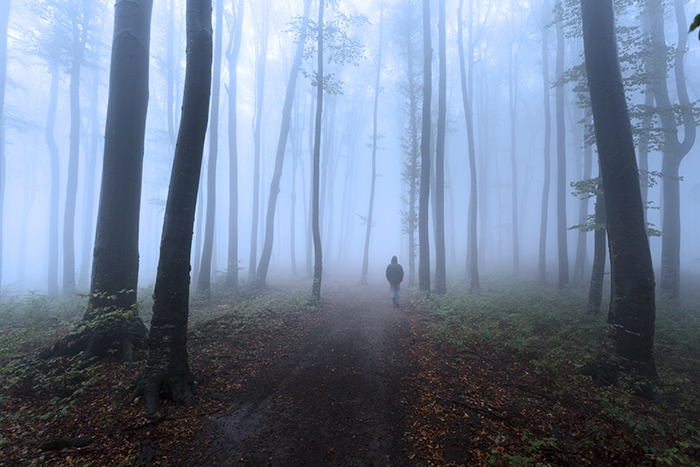 By Janie Jones
Six weeks after 19-year-old Melissa “Missy” Witt disappeared from a bowling alley parking lot in Fort Smith, two trappers found her nude, lifeless body about sixty miles away near Turner Bend in the Ozark National Forest. The 1994 murder remains unsolved but not for a lack of suspects.
LaDonna Humphrey is a victims’ advocate who has studied this case and knows it inside and out. Her documentary Uneven Ground: The Melissa Witt Story explores the various aspects to the murder and the theories about who committed the crime.
Police questioned a man who had committed murder in the next town over, but he had a solid alibi. Another suspect had been posing as a police officer not far from the bowling alley, but he was also cleared. And as Humphrey phrased it, “The number of sex offenders in the area will blow your mind.” But they were all ruled out. 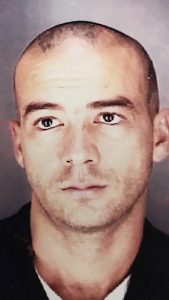 Travis Dale Crouch is an Arkansas native now imprisoned in Colorado for the rape of a woman he met at a mall parking lot. He forced her to go with him to a remote mountaintop where he made her undress. After raping her, he passed out from drugs he had taken, and she escaped. He had a history of drug abuse and alcoholism and violence against women. Crouch was in Fort Smith at the time of Missy’s murder, and he had lived and worked a mile away from where her body was found. A church camp that he had attended as a child was also nearby. At the time of the abduction and murder, he was a carpenter at that same church camp.
RELATED: Murder Mystery: The Mickey Mouse Killer, Part 1
Humphrey disagrees with law enforcement as to when Witt was killed. Investigators think she was taken immediately into the forest and raped and murdered there. Humphrey agrees Missy did die there because of the leaves in her airway and lungs but pointed out it was a very cold night and unlikely the sexual assault occurred there. Humphrey has a hunch Missy might have been held in a house or other building for as long as five days before the slaying.
“I do believe it’s possible she escaped. She was about a mile away from that church camp.”
Humphrey and a member of her film crew ran the route one night just to get a feel for what Missy went through if in fact that’s what happened. They ran from the church to where she was found. The terrain is rough and rocky.
“We did it barefoot to see if that was plausible and it was. Your adrenalin kicks in and you don’t feel pain the same way, especially if it’s a life or death situation,” but Humphrey added, “I’m not sure she would have gotten very far running like that.
“The killer might have come back, maybe more than once, to make sure he didn’t leave any evidence that he missed in the dark.” 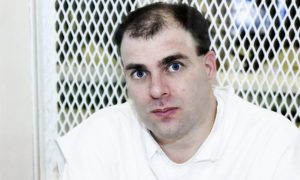 Another suspect at the top of Humphrey’s list is Larry Swearingen, an electrician who was visiting his family in Arkansas when Witt was taken. Currently, he’s on death row in Texas for the murder of Melissa Trotter in Montgomery County, Texas. When Trotter and Swearingen first met in a parking lot on December 6, 1998, they seemed to hit it off right away and spent two hours talking during that initial encounter. Afterwards, he told friends about the cute college girl who was meeting him for lunch the next day. When she was a no-show, he became very angry. Two days later, witnesses saw Swearingen and Trotter together on the Montgomery College campus, as they were getting into his vehicle. January 2, 1999, her body was discovered in Sam Houston National Forest.
The similarities between the Trotter case and Witt’s are notable. Both victims were 19-year-old community college students who shared the same first name. Both went missing in early December and were found strangled to death in January in a national forest, and according to one of Trotter’s relatives, she was wearing a Mickey Mouse watch like Witt’s and in both instances, the killer took the watch.
RELATED: Murder Mystery: Scott Jared
Swearingen was arrested on December 11 because of some outstanding traffic violations. He was later charged with Trotter’s murder. Two of his ex-wives portrayed him as a violent and volatile individual. A jury deliberated for less than three hours before finding him guilty in July 2000. Numerous appeals have kept him alive, primarily because defense counsel repeatedly asked for DNA testing of crucial crime scene evidence. Though some of his actions while incarcerated have made him look guilty, many people believe Swearingen’s claims of innocence. These include judges, nine forensic scientists, and three medical examiners one of whom was the original ME on the case. They concluded Trotter’s body had been in the woods no less than three days and no more than fifteen, and Swearingen was in jail at that time for the traffic violations. Dr. James Arends, an entomologist, theorized the body had been kept in a cold place, perhaps a freezer. These professional opinions would support Humphrey’s idea that Missy Witt was held captive for some time before her body was found. 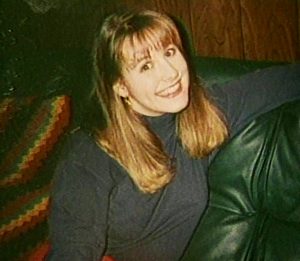 During their exhaustive research, Humphrey and her team found another case that resembled Missy Witt’s. 23-year-old university student Laney Gwinner went missing from a Fairfield, Ohio bowling alley in December 1997. The following month, Covington, Kentucky Police Officer Mike Partin was in foot pursuit of a man wanted for minor offenses. As they crossed the Clay Wade Bailey Bridge over the Ohio River, Partin fell ninety feet to his death. During the search for his body, a deckhand on a tugboat saw something floating in the river near Warsaw, Kentucky, but it wasn’t Partin. It was Gwinner. She was about sixty miles from Fairfield. Investigators speculate she was killed in Ohio and carried in her 1993 black Honda Del Sol to Kentucky where the killer pushed her car into the Ohio River with her still inside it. The river was at flood stage and the force of the water freed her body from the vehicle. Detectives told Humphrey that Gwinner was suffocated or strangled. She was wearing jeans, a blouse, and jewelry. None of her friends or family could say if she had owned a Mickey Mouse watch. Her car has never been recovered.
“We are not certain these cases are connected,” Humphrey said, “But we do think it warrants further investigation.”
Humphrey doesn’t believe it’s too late to catch the man who snuffed the lives out of three beautiful young women. The Golden State Killer was on the loose for four decades before being captured.
For anyone interested in keeping up with this investigation, they are welcome to join the nearly 7,000 other followers on the Facebook page “Who Killed Missy Witt?” The public is urged to provide any information pertaining to this case by calling an anonymous tip line at (479) 221-9393.
Were Witt, Trotter, and Gwinner victims of a serial killer who fancied Mickey Mouse watches? Perhaps. But where is he now? He may be dead. He may be in prison. He may be out there still … waiting.
RELATED: Murder Mystery: The Mask of Mercy