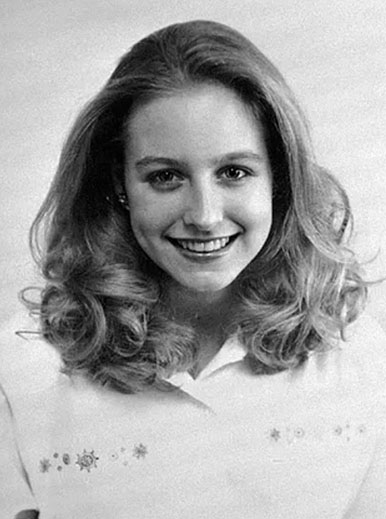 By Janie Jones
The parking lot at Bowling World in Fort Smith was crowded with cars when 19-year-old Melissa Witt pulled in to join her mother, who was already inside. With the waning moon, just a tiny sliver of a crescent, it was difficult to see people clearly as they moved through the darkness like ghosts. But someone could see Melissa very well. Approaching her as she got out of her car, he struck so quickly she had little time to react. After a short struggle, she belonged to him, and the night swallowed them whole. It was Thursday, Dec. 1, 1994, and Melissa Witt was gone.
Melissa, or “Missy,” as her friends called her, attended Westark Community College, now the University of Arkansas – Fort Smith (UAFS). She was also employed part-time. She aspired to be a dental hygienist. Her parents divorced when she was a child, but Missy grew up as a happy, friendly and well-adjusted person. She lived with her mother, Mary Ann Witt.
Investigators retraced Missy’s movements on the day she vanished. She went to classes that morning, had lunch with a friend at the mall and worked at a dentist’s office in the afternoon. When it was quitting time, her car wouldn’t start. She had accidentally left something on, and the battery was dead. A kind stranger came along and gave her a jump start. The police looked at the good Samaritan very closely before dismissing him as a suspect. Missy had gone on home and changed her clothes, according to a neighbor who saw her come and go. Then she went to Bowling World.
Her keys had been turned in to the lost and found at the bowling alley. Police detected tiny flecks of blood on the keys. Also discovered in the parking lot were Missy’s broken hair clip, one of her earrings and patches of dried blood that led away from her vehicle.
Police asked for the public’s help and tried to find witnesses to what happened in the parking lot, but Thursday was women’s league night and most people in attendance were already inside the bowling alley by the time Missy arrived. A young boy, who was with his mother at Bowling World, said when he went out to retrieve a book from their car, he heard a woman scream, “Help me!” He didn’t see anyone but stated the time was around 6:30 or 6:40 p.m.
Bowling World didn’t have security cameras in the parking lot, and though some convenience stores in the vicinity did have cameras, they were too far away from the crime scene to be useful. 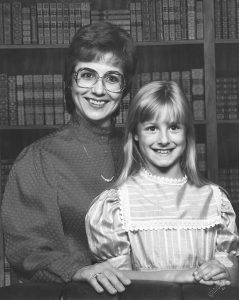 Witt never made it inside the bowling alley to surprise her mother.

The search for Missy continued. But hopes for a happy ending were crushed on Jan. 13, 1995, when two trappers found her lifeless body off an old logging road in Franklin County in the Ozark National Forest. Decomposition was too advanced for the medical examiner to determine with certainty if Missy had been raped, but that was the presumption because she was nude. The killer took all her clothing with him, as well as her other earring, her purse and her Mickey Mouse watch. The cause of death was strangulation.
In itself a mystery was the fact that Missy’s body had been moved not long before it was found. The trappers traveled that road regularly, and she hadn’t been there the day before they found her. Obvious disturbance of ground cover prompted authorities to conclude that the person who disposed of the body had originally placed her about 10 feet away and uphill behind a large rock that looked like a tombstone. She had died in the forest; debris and leaves from the area were in her lungs and airway.
Melissa Witt’s tragic story was in the news a lot at first, but as time wore on without a break in the case, it gave way to reports of other missing persons and murders. One woman, however, made this cold case heat up again.
LaDonna Meredith Humphrey’s day job is as a community outreach director, but her passion is the work she does to help find missing persons and lend guidance and support to their families. She and Amy Smith co-founded the victims’ advocacy group Let’s Bring Them Home. Humphrey has taken a special interest in the kidnapping and murder of Missy Witt because she and the victim had mutual friends. She’s the Executive Producer of a documentary called Uneven Ground: The Melissa Witt Story.
“Why they moved her body, I’m never going to fully understand,” says Humphrey. “That’s a very debated topic, even amongst my own team. It wasn’t a bear who moved her. It was a human.
There is bear activity in the area, and there was animal activity on the body, but it was small animal activity, typical of any corpse left out in the woods like that.
“The Fort Smith Police Department (FSPD) has been phenomenal to work with on this case,” Humphrey adds. “Detective Troy Williams works great with us and he cares, but this is a cold case and they have others to solve.”
The FSPD allowed Humphrey to listen to the recording of an anonymous phone call they received the night before the discovery of Missy’s body. The callers were believed to be an older woman and a much younger male; perhaps a grandmother and her grandson. She was urging him to tell police what he had found. “I can’t,” he said and hung up. Humphrey believes the caller could have been the person who moved Missy’s body. Why would someone move her from a secret place to a place where she would be found? Maybe he knew the killer and couldn’t go to the police either out of fear or loyalty, but felt guilty and wanted Missy to have a proper burial. Maybe he just happened to find her but was afraid he would be blamed because he had a criminal record. The recording of that phone call has never been played for the public, but Humphrey would like to see that happen. Someone might recognize the voices and come forward, even after so many years have passed.
“The killer could have disposed of her body in many places,” Humphrey says. “But he drove an hour away [from the abduction site]. The location is remote. You’d have to know where you were going. It’s very isolated, and if you had never been there before, you certainly wouldn’t have been able to go there at night and then find your way back out again. This location meant something to someone. Maybe a favorite hunting spot for the killer, maybe a favorite spot for someone who had grown up in the area. We have several good suspects who would have known that location.”
One of those suspects is Larry Swearingen who is on death row in Texas. He was convicted of murdering 19-year-old Melissa Trotter in 1998. The similarities between the two crimes are striking, including the fact that both victims were wearing Mickey Mouse watches that were taken by the murderer.
More than two decades have passed since someone took Missy Witt’s life, and both her parents are now dead, but Humphrey is determined that justice, though delayed, shall not be denied.
TO BE CONTINUED.
Read more Arkansas murder mysteries here.