The father of modern criminal investigation and the group of crime solvers he inspired.

[dropcap]Did[/dropcap]you ever wonder where fictional crime writers get the inspiration for their work? It is sometimes, as the saying goes, “ripped from today’s headlines.”

The father of the modern detective story, Edgar Allen Poe, used fact as fuel to kindle his imagination, when he wrote the short story, “The Mystery of Marie Roget.” It was the first murder mystery based on a true crime; and the character of the detective, C. Auguste Dupin, was based on the legendary but very real detective, Eugene Francois Vidocq (pronounced VEE-DOCK), who is himself called the father of modern criminal investigation. Vidocq was also the basis for the character of Vautran in Honore de Balzac’s Pere Goriot, and Victor Hugo wrote Les Miserables with Vidocq in mind as both Inspector Javert and the reformed criminal Jean Valjean, for Vidocq had, ironically, spent his youth and young adulthood as a criminal. 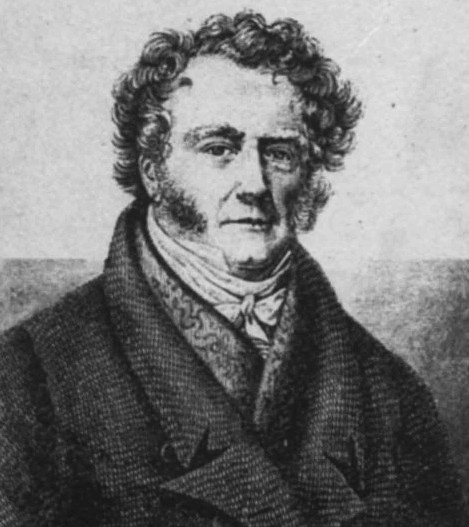 In 1789, at the age of 14, Vidocq accidentally killed his fencing instructor and fled rather than face the consequences. He embarked on a life of crime and was in and out of prison several times, gaining a reputation as an escape artist. Eventually, he tired of the criminal lifestyle and turned police informant in exchange for amnesty and the security of a steady income.

Vidocq was a very successful spy for the police and was instrumental in the arrests of some of his former cohorts. When the underworld caught on to him, Vidocq resorted to disguises in order to do his job. He was so convincing in his charades that he was once recruited to kill himself.

In order to increase the efficiency of the Paris police force, Vidocq suggested the formation of a small group of men who could facilitate cooperation between the city’s police precincts. For this mission, he chose men who, like himself, were former criminals. Who better to catch a crook than another crook? His undercover unit was called the Brigade de Surete, or Security Brigade, the forerunner of today’s French National Police Force.

Vidocq’s personal life was almost as adventurous as his professional exploits. He had an eye for the ladies and was once given 15,000 gold francs by an admiring baroness. He was married three times, but continued to have a reputation as a philanderer.

In the early 1830s, Vidocq resigned from the police force after being accused of staging a crime for the purpose of solving it. But investigative work was in his blood, so he founded the first private detective agency, Le Bureau des Renseignements (Office of Intelligence). He is credited with introducing the science of ballistics to police work, as well as the use of plaster casts to preserve footprints. He held patents on indelible ink and unalterable bond paper. His interest in printing led to publishing his memoirs, ghost written by L.F. L’Heritier de l’Ain. Vidocq was a philanthropist, helping the poor and downtrodden and, especially, the wrongfully accused. He died May 11, 1857 at his home in Paris.

Vidocq’s tradition of crime solving is carried on today by members of The Vidocq Society, a group of forensic professionals and private citizens, who gather once a month to discuss cold cases in a collaborative attempt to shed new light on them. The exclusive association was formed in 1990 by William Fleisher, polygraph and interrogation expert; Richard Walter, forensic psychologist and criminal profiler; and Frank Bender, facial reconstructionist and sketch artist, who specializes in age progression. The three friends and colleagues were having lunch one day in a Philadelphia restaurant, when the conversation turned to unsolved crimes that piqued their curiosity. They decided to pool their collective knowledge and experience and re-examine some of the most intriguing cold cases.

Walter and Bender had already teamed up in 1989 to bring about the capture of John List, an accountant from Westfield, New Jersey, who had disappeared in 1971 after murdering his mother, wife and three children. Walter provided the psychological profile of List, which suggested the most likely choices List would have made in his lifestyle and appearance, including the type of eyeglasses he would wear. Bender created a bust of List from old photographs and age-progressed the fugitive 18 years by using Walter’s profile as a guideline. Eleven days after the bust was shown on “America’s Most Wanted,” List was arrested in Virginia where he had remarried and was living a quiet life under a pseudonym.

Since its formation, the Vidocq Society has grown to include coroners, judges, lawyers, and criminologists and, fittingly enough, a member of the Surete, the French police force founded by the Vidocq Society’s namesake. The number of official members, however, is limited to 82, the age of Eugene Francois Vidocq when he died. Only serious crime buffs need apply. Seeking to live up to their motto, Veritas Veritatum (the truth of truths), the non-profit organization welcomes inquiries from law enforcement representatives and from family members of victims of unsolved deaths.

One case that was submitted to the group for review was the unsolved murder of a Drexel University student whose shoes and socks were missing from the body. The Vidocq Society members suggested the murder was the work of someone with a foot fetish. That deduction redirected the focus of the investigation and led to the arrest and conviction of a man, who had a criminal record that included the stealing of women’s sneakers and socks.

Another case study — and one with an Arkansas connection — resulted in the exoneration of a man wrongly accused of the 1991 murder of William Huey Cox, a Little Rock restaurant manager.

Then there are the mysteries that outlive the people who investigate them. On a rainy, foggy February day in 1957, Sam Weinstein was one of the first policemen on the scene after the discovery of a little boy’s naked body. He had been beaten to death and placed in a J.C. Penney Co. Inc., box marked “Handle with Care.” Despite massive publicity, no one claimed the body. The victim was dubbed “the boy in the box.” Years later, when Weinstein became a member of the Vidocq Society, he brought the case up for analysis, hoping a fresh perspective might lead to identification of the victim. In 1998, the murder made headlines again when the body was exhumed for DNA testing, but still no one came forward with any information. Though Weinstein is now deceased, his colleagues still mull over the case of “the boy in the box.”

The Vidocq Society may be contacted by mail:
1704 Locust St., Second Floor
Philadelphia, PA 19103
or by e-mail via their Web site at vidocq.org