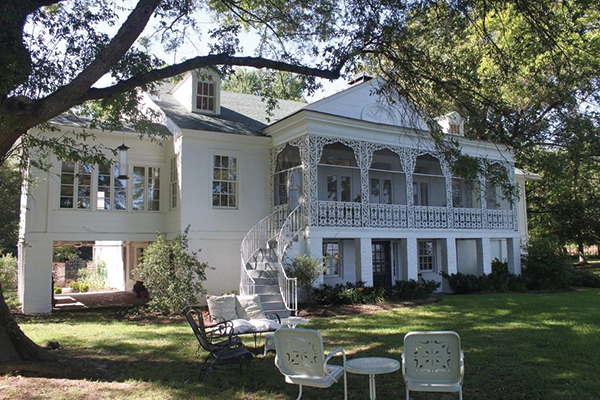 The New Madrid Earthquake of 1811-12 was so strong it made church bells ring in Boston and caused the Mississippi River to run backward. By the time it was all over, the course of the river had changed, and parts of it meandered off to become oxbows, separated from the flow that once again headed south. Oxbows became landlocked lakes and were often shaped like a horseshoe. On March 20, 2020, the murder of Martha McKay shook the residents of Horseshoe Lake as if another quake had hit there.

Early that Wednesday morning, Crittenden County sheriff’s deputies responded to a home alarm at Snowden House on Horseshoe Lake. Inside they found the body of McKay, 63. She had been stabbed and bludgeoned to death, but had somehow managed to trigger the alarm before collapsing at the top of the stairs. Some reports said she was wrapped in a blanket.

The deputies then realized someone else — possibly the killer — was in the house. They saw him jump out a second-floor window and land, apparently uninjured, on the ground below. He got behind the wheel of a car that was parked on the premises and started driving away. He didn’t get very far, however, because the vehicle got stuck in mud. Exiting the car, he ran into the lake and disappeared under the cold water. He did not resurface.

Martha’s murder was the third to take place on the McKay property. A teenager, Travis Santay Lewis, slew her aunt and uncle, Sally McKay and Lee Baker, in 1996. At that time, one of Sally’s sisters, Edith “Edie” Snowden Dewey, became manager of the family’s Horseshoe Lake enterprise. Martha, who had been living in California, joined Edie to help her during the transition. 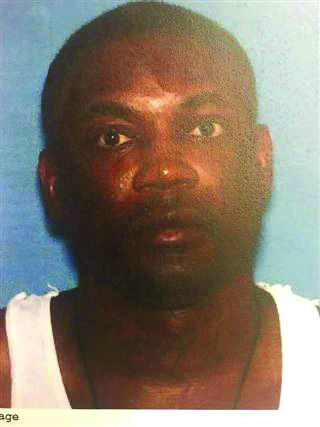 Martha had grown up in San Francisco but spent summers on Horseshoe Lake. In her 30s, she studied at the University of Washington, where she got a degree in the comparative history of ideas. The director there encouraged her to complete a project she had been working on in her spare time: a chronicle of each generation of the women in her family. This became the subject of her thesis.

Her love of history came to the forefront later when she was satisfied that Edie didn’t need her assistance in Arkansas anymore. Martha moved west again and bought an old house in Virginia City, Nevada, and restored it to its former glory, an endeavor she thoroughly enjoyed accomplishing. She also refurbished some houses in Seattle.

After Edie died in 2006, Martha decided to buy the Snowden House from the family corporation and renovate it, as she had done with the Nevada property. Some of the improvements were simple, such as interior painting. The entrance hall welcomed visitors with beautiful, soothing blue walls, and the black-and-white marble floor led to the grand staircase. The bathroom vanity countertops were made of Calacatta Gold marble from quarries in the mountains of Carrara, Italy. Hot water lines heated the floor beneath the tiles. A believer in green energy, Martha replaced a gas-heated basement furnace and old window-unit air conditioners with a geothermal system that drew water from the lake for cooling and heating. Her utility bills went from a couple of thousand dollars a month to $250.

Tourists marveled at the majesty and splendor of Snowden House, and Martha opened it up for special events, such as parties and wedding receptions. But to her, it was her home and tranquil haven. Memphis Magazine called her “the Lady of the Lake,” and she often could be seen taking her black Labrador retriever, Lizzie, on leisurely walks through the scenic surroundings.

Beginning in 1977, residents experienced a change in their environment. Horseshoe Lake was receding, pulling away from the shoreline. The cause was a U.S. Army Corps of Engineers pumping station installed near Marianna to ease flooding problems when the Mississippi River overflowed. Unfortunately, the lake languished without the backwash from the Mississippi and St. Francis rivers. By the 1990s, the lake was so low a person could walk across it without divine powers. Martha likened it to a “mini-depression.” The near-disaster was the impetus for the formation of the Horseshoe Lake Drainage and Irrigation District. The $1.4 million project consisted of installing pumps and digging six wells, going down deep into an aquifer to keep the water level high. If it dropped, the pumps were turned on. Horseshoe Lake came alive again.

“It was quite a job to get easements from property owners,” Martha was quoted as saying, “But everybody is happy with it, including me.”

Over the years, the kind-hearted Martha had remained in contact with Lewis. When he killed her aunt and uncle, he was doing drugs and was a thief. Martha, who was a Buddhist, believed he deserved a second chance and tried to help him while he was incarcerated. She wrote to him regularly and even visited him behind bars. She also supported his early release. Though he had been sentenced to 28 years, he gained his freedom in 2018. The family was contacted every time he was up for parole. All of them opposed it — except Martha. After he got out, she hired him to help take care of the Snowden property where his mother, Gladys, had been a housekeeper for many years. Things seemed to be fine at first, but in time, Lewis regressed to the point that Gladys had cut ties with her own son and warned Martha, “Stay away from Travis, because he’s going back to his old ways.”

Despite her forgiving nature, Martha finally gave up on him. She had sold a chandelier for $10,000 and kept the cash at home until she could deposit it in the bank. But the money disappeared. The only person who saw her come home with the money and stash it was Lewis, so she reached the only logical conclusion and fired him on the spot. She banned him from ever returning to Snowden House.

Then, on that fateful morning in March 2020, lawmen followed the intruder down to the lake where he went in and sank beneath the water. Using sonar equipment, the Arkansas Game and Fish Commission and Crittenden County Search and Rescue were able to locate and recover the body. It was Lewis. He was 39 years old when he chose drowning rather than surrendering. An autopsy revealed he had cocaine, methamphetamine and marijuana in his system.

Near Martha’s body, police found a bag containing valuables and a bloody kitchen knife. Investigators surmised Lewis had intended to steal the items, but no one could say if she caught him in the act and he then killed her, or if he went there to kill her and figured he might as well commit the theft. He may have put a blanket over her to fuel a fire he planned to ignite, as he had done with Sally McKay and Lee Baker, destroying any evidence he might have left behind.

Whatever thoughts were in his drug-addled mind, Travis Santay Lewis killed his benefactor, a woman beloved by many and with nary an enemy, except for the soul she tried to save.