Murder Mystery: Murder in the Ozarks 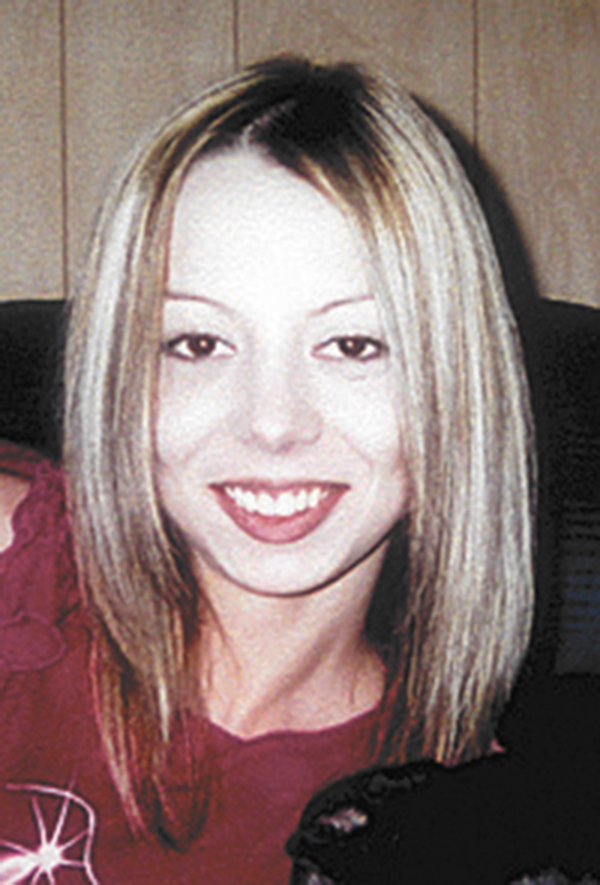 Rebekah Gould, 22, was staying with a friend near Guion on Sept. 20, 2004, when she disappeared. A week later, her body was found in a wooded area off AR Hwy 9.

[dropcap]Arkansas[/dropcap] Hwy 9, southwest of Melbourne, is curvy and hilly like most Ozark roads. In case of car trouble or other emergencies, motorists can pull over in areas designed for that purpose. Tourists also stop to enjoy the beautiful Ozark vistas.

On the morning of Sept. 27, 2004, a group of people gathered along Hwy 9, but not to help a motorist in distress or to admire the view. Volunteers from the Office of Emergency Services had just found the body of 22-year-old Rebekah Gould. She had been missing for a week. Searchers, who had hoped in vain for her safe return, now hoped for the swift apprehension of her killer; but the scenery along Hwy 9 changed from summery green to the brilliant hues of autumn, and the Rebekah Gould case became as cold as the first frost in the Ozarks.

“Every case is cold as soon as you get it,” said Dennis Simon, special agent with the Arkansas State Police Criminal Investigation Division (ASP CID). “There is no such thing as a hot case.”

Simon stressed, however, that the investigation is ongoing with cooperation between the ASP CID, the Stone County Sheriff’s Office and the Izard County Sheriff’s Office. Though Gould was a Mountain View native, she also had friends in Melbourne, Ark., where she attended Ozarka College before transferring to Northwest Arkansas Community College in Bentonville. At the time of her disappearance, she had returned to Melbourne for a visit and was staying with a friend, Casey McCullough, in nearby Guion, Ark., on the White River.

Gould planned to attend the University of Arkansas in Fayetteville where she shared an apartment with her younger sister, Danielle. It was Danielle, who first realized something was wrong on Sept. 20, 2004. Gould had driven McCullough to his job site and afterwards went shopping at a convenience store. Later, she was supposed to meet Danielle for their trip back to Fayetteville. When Gould did not show up, her family notified police. Her father, Dr. Larry Gould, a Mountain Home dentist, described his daughter as somewhat of a rebel with a lot of potential, who had set high goals for herself and was striving to achieve those goals.

“She was a daughter that any father would be proud of,” he said. When Gould disappeared, according to her father, “Volunteers came from all over the state. People I never knew were in there helping. It’s incredible how people rally in situations like this.”

The details of that time are somewhat fuzzy for Larry Gould, but he remembers what it was like as a parent, waiting for word about his daughter’s fate. The first stage was fear of the unknown.

“You’re thinking the worst things, but still maintaining some sense of hope. People were talking about the area where this took place … a lot of mines there. Somebody could have put her in a mine. We might not find her for years, might never find her.”

When Gould’s body was discovered, he experienced a sense of finality and acceptance.

In discussing the cause of death and other details about the condition of Gould’s body, Simon played his cards close to the vest and chose his words carefully, holding back anything that might be known by only the killers. He did confirm that authorities have suspects.

“I’ve let it be well known that we have suspects identified,” Simon stated. “More than one suspect.”

McCullough, however, is not under suspicion. “He was cleared rapidly and convincingly,” Simon said. “His alibi was definitely a good, solid alibi.”

Simon also confirmed that the suspects knew Gould, but he would not reveal the motive for the murder. He was also guarded when talking about the site where Gould was killed. Some newspaper sources reported the primary crime scene was McCullough’s mobile home in Guion.

“The mechanism of injury was created in Guion,” Simon acknowledged.

In May 2005, after receiving a tip about evidence possibly being disposed of in the White River, authorities searched the river, concentrating on an area near the AR Hwy 9 bridge. Divers used metal detectors and rakes, but Simon would not elaborate on that aspect of the case.

The Gould investigation got a boost when a charitable organization called Because We Care got involved. Norma Gibson of Mountain View is president of the group.

“I never met [Rebekah],” Gibson said, “But the people of Mountain View and Stone County really care, even if they don’t know you.”

Because We Care has raised money to help the families of servicemen, given aid to victims of fire and donated funds for funeral expenses when survivors could not afford them. The organization plans to offer scholarships for students who show initiative and a desire to better themselves. One scholarship will be established in memory of Gibson’s own son, who was in the Army and died at the age of 35.

When the Gould case stalled, members of Because We Care decided to pitch in and do what they could to help.

Gibson said, “I called ‘America’s Most Wanted’ to see if they would get involved, and they suggested offering a reward. We raised $2,000, and in the meantime, we had an interview with a television station in Springfield, Missouri.”

When the segment aired on KY3-TV, an anonymous donor from Izard County contributed another $10,000 for information leading to the arrest and conviction of the person or persons responsible for Gould’s death. KY3 also shot footage of the spot on AR Hwy 9, where Gould’s body was dumped in hopes of refreshing the memory of someone who might have seen something.

Larry Gould tries to remain optimistic about a resolution to his daughter’s case. A recent mysterious phone call to his office renewed his hope that justice will prevail and the guilty will be caught.

“[The caller] listed names and all kinds of information about Rebekah’s murder,” Gould said. “The conversation was very graphic and very detailed.”

While the search for truth continues  her father is haunted by a future that will never be. “This happened at such a positive time in her life. Doors were wide open for her. She could have done anything she wanted to do, but now I’ll never see her married, never see children from her, never hear her voice again.” Then he added wistfully, “But I’m never going to lose my memory of her.”