Scott Jared, Where Are You?

Top photo: A photo taken in the early 90’s of Scott Jared and his first wife Regina Perna. 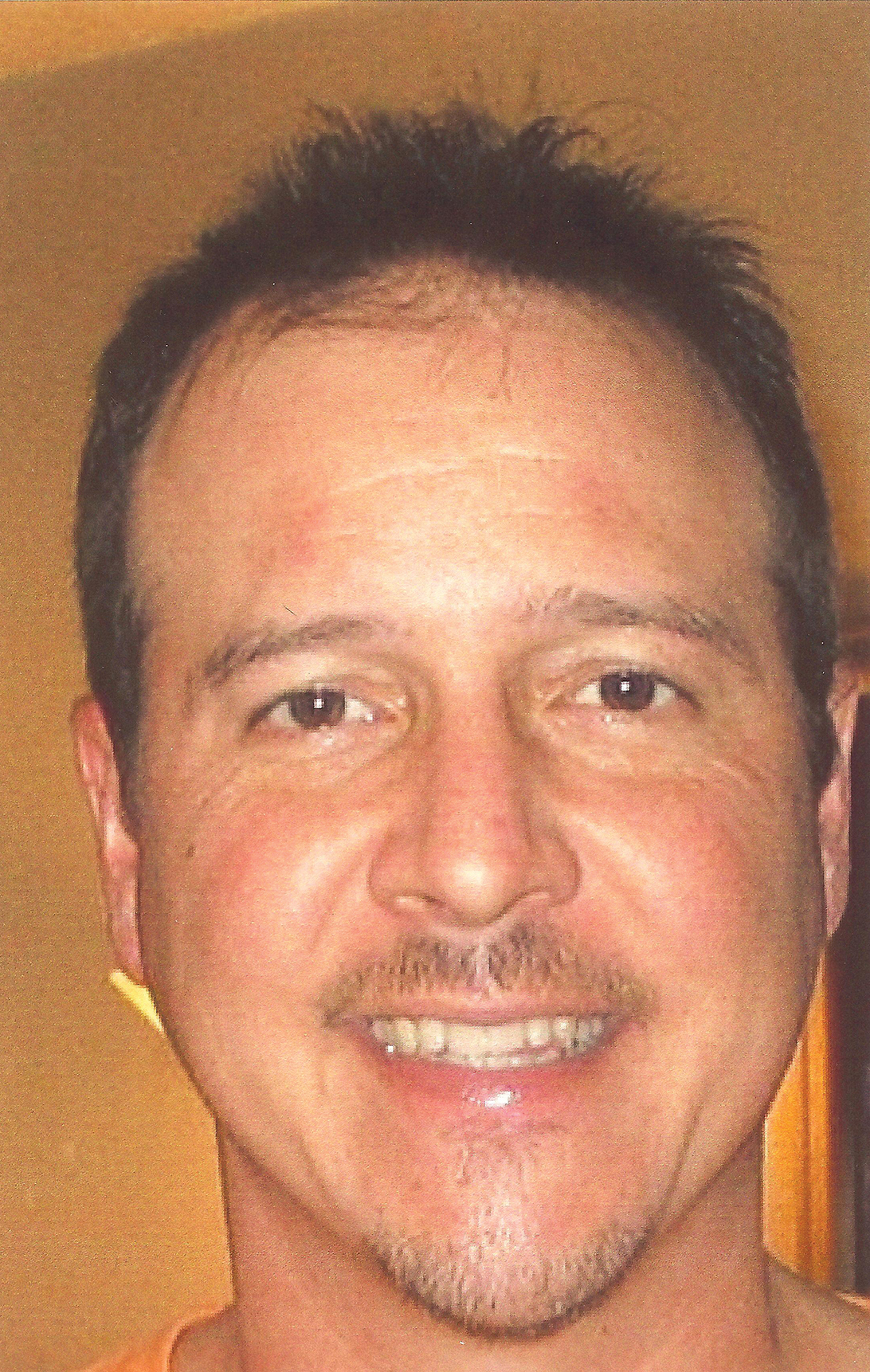 Scott Jared, missing since August 4, 2006, has brown hair and brown eyes and is about 5’10” tall. He was wearing a blue t-shirt and blue jean shorts.

[dropcap]Randy[/dropcap] Cossey, a county ranger for the Arkansas Forestry Commission in Perry County, remembers Aug. 4, 2006 as a very hot day.  He and his work crew had been painting a truck bed, and it was past lunch when he sent the men out to eat. Cossey stayed behind to clean the spray gun; it was while he was at the Forestry’s shop building that a stranger approached him and asked for a drink of water. Obligingly, Cossey walked with the man down to the Forestry Office, where Cossey noticed a stick leaning against a tree. It was like a walking staff that a hiker might use. The stranger was very talkative. He said he was from North Little Rock and was just out exploring.

Cossey said, “I remember thinking, ‘Man, you picked a hot day to be out exploring.’ He was one of those jabbery guys. I think if I had stayed, he would’ve talked for hours.”

But Cossey headed back to work and didn’t notice in which direction the stranger departed.

Cossey’s encounter with the man happened Friday, and it wasn’t until the following Monday that the ranger heard an alert about a missing person, Scott Jared. When he saw Jared’s picture, Cossey said, “Without a doubt, it was the same guy.”

Jared is still missing today. He was “jabbery,” because he was a drug addict high on meth at the time. But he was also a son, brother, husband and father — and his family desperately needs to know what happened to him. Is he dead, or could he still be alive? Sgt. Stacie Rhoads with the Arkansas State Police Criminal Investigation Division said, “We haven’t had any new leads in quite sometime.”

Pam Jared described her husband as a complicated individual, who was loving, but would sometimes put a wall up between himself and the world. “To me, he was worth climbing the wall,” she said.

When they met, it was love at first sight. They found out they had been born two days apart at the same hospital, so it seemed as if they were meant to be together, and they married in April 1999. “It was wonderful,” she said. “We had it all. Until one night…”

Shortly after they started a family, Jared and Pam made a mistake. They took methamphetamine together. Up to that point, she said, “I was Miss Pollyanna. I was so naïve. Six months later, we tried it again, and it just snowballed.” According to Pam, the drug dominated their lives. “It takes over your soul,” she said. “I thank God I’m out of it.” 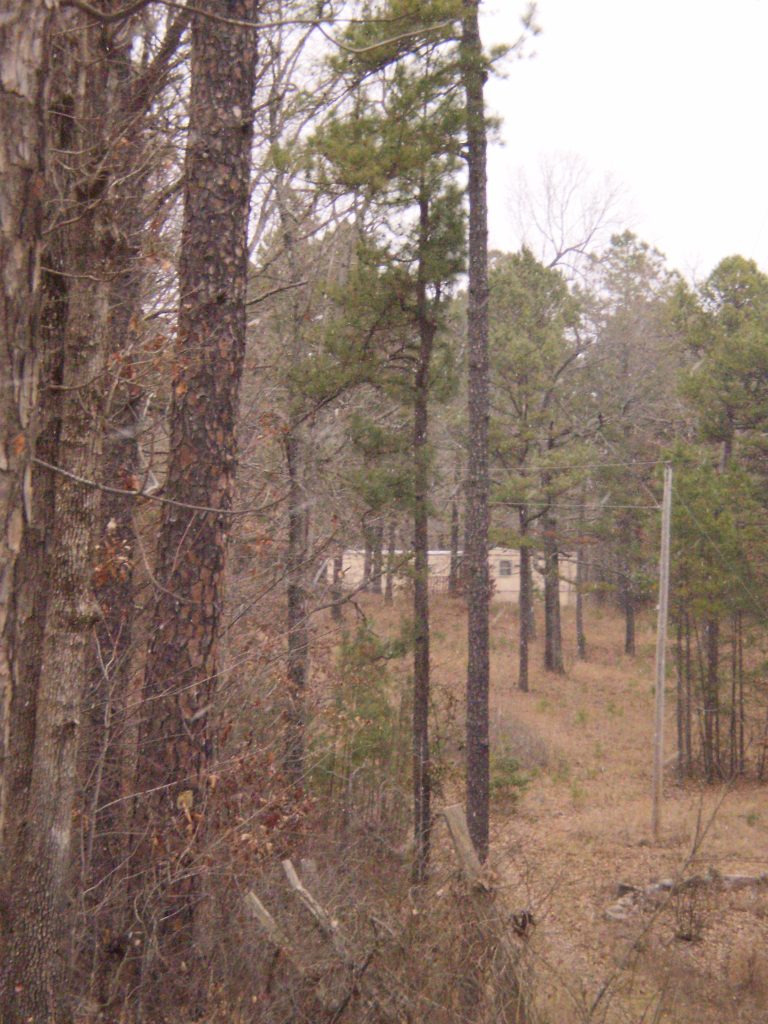 At a remote location near Thornburg, Jared walked away after getting high on meth.

In 2006, Jared lost his job, but a telephone interview, on July 25th, with a prospective employer in Florida had gone well. Pam hoped they could relocate and start over. Help on the horizon, however, didn’t come in time. Pam and Jared lost their house. On Aug. 3, 2006, they were packing their belongings to move out, when a friend came over and invited them to go with him up to a trailer in Perry County. They accepted. That night, while the friend cooked meth, the trio talked and listened to music. Pam sat on the couch and read magazines, but Jared was restless, going in and out of the trailer numerous times. At about 11:00 the next morning, Pam and the friend were ready to leave, but they couldn’t find Jared. They called out his name repeatedly, but he didn’t answer. After about 45 minutes, they gave up and drove away.

Pam said, “I didn’t know what to do. People would say, ‘Oh, he’s out, he’s doing meth, he’s high, he left,’ but Sunday I reported him missing. A search party covered a 50-mile radius in the area where we last saw him. The trailer was about a mile down Trail 86 in Thornburg.”

Pam was at first reluctant to tell authorities everything about what she, Jared and their friend had been doing. She regrets giving misleading information at the beginning of the investigation, but initially she thought the Perry County Sheriff’s Department treated her more like a suspect than a victim. Since then, communication between Jared’s family and the officials has improved greatly. Pam and her mother-in-law visited Sheriff’s Investigator Ray Byrd, and Pam described Byrd as “a very nice man, very direct. We sat and talked for an hour and a half.”

Byrd told them that around dusk on the day Jared disappeared, a woman pulling into a Perryville diner saw a person matching his description. He was carrying a walking stick, like the one Cossey mentioned, and was sitting on a nearby rock bridge. She said a white Corvette pulled up to the bridge, and Jared got up and leaned inside the passengerside car window. The witness went into the diner and when she came out, the Corvette was driving off, but Jared was still sitting there.

Pam distributed missing posters with Jared’s picture on them, including one at a convenience store in North Little Rock. On Sept. 19, 2006, a man who was acquainted with Jared and Pam saw the flier and said he had seen Jared at a crack house in west Little Rock about two weeks after the disappearance. 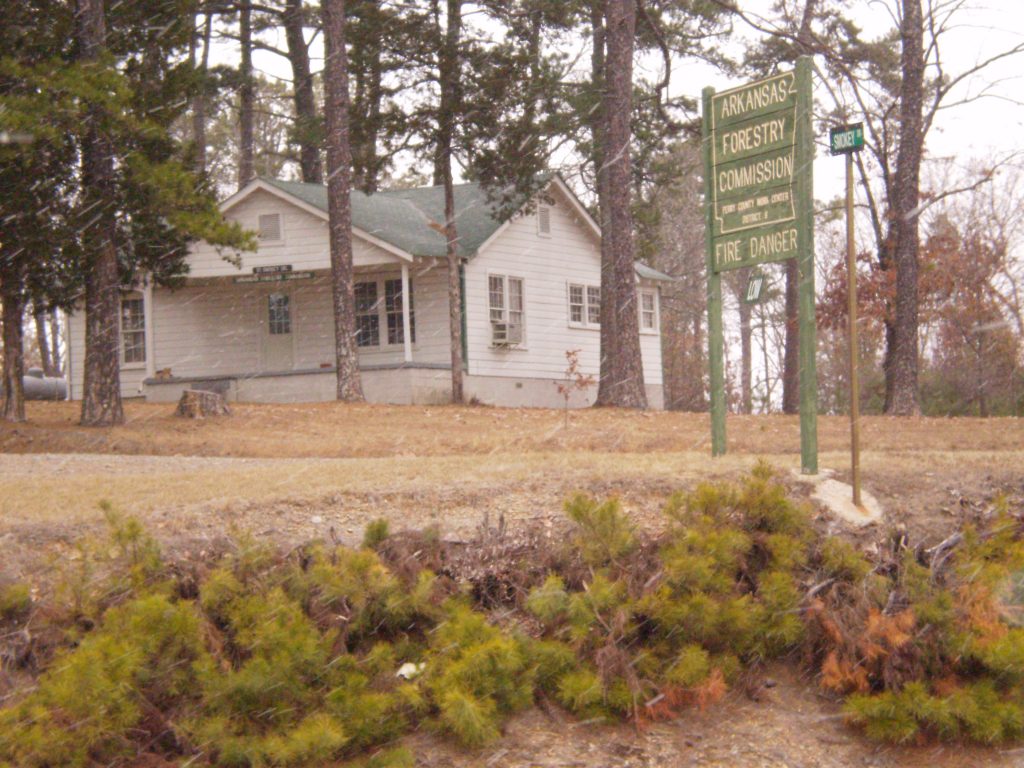 Also in September 2006, Pam found a mysterious note in her tote bag; she carried the bag with her all the time.

“I was going through it, and I found a card in a white envelope, and it had ‘Sugar Baby’ written on it, and that’s what Scott called me, ‘Sugar Baby,’ so I opened it, and it was a letter, and it said, ‘Dear Lover, I have no words to say but that I love you, and I have to get back what we had. I hope you’re OK in every way. Belated, Love Scott.’” Pam had not seen the card before, but she said the handwriting was definitely her husband’s. “I don’t know if he stuck it in my bag that weekend. I have no idea.” Pam made another perplexing discovery when she found Jared ‘s wallet as she was moving out of their house about a week after his disappearance.

She said the ordeal has changed her. “I see things in a different aspect. I don’t take things for granted anymore.” Now drug-free, she wants to raise awareness. “I want people to understand [meth] destroys,” but she added, “If someone reads this, until they hit rock bottom, it’s not going to help.”
Rock bottom for Pam was losing Jared.

The couple had discussed getting out of the drug scene, but Jared was scared. About three weeks before vanishing, he texted her: “Baby, I love you. One day I hope you see me in the light that you used to.”

Jared was never diminished in Pam’s eyes, though. “I always loved him,” she said, “I always will love him. He was depressed, yes, and suicidal, yes, I think he was to a point. We lost everything. I think he was ashamed, embarrassed … he didn’t know how to deal with it.”

Though it appears that Scott Jared walked away voluntarily, he is still considered a missing person. Anyone with information regarding his whereabouts should contact the State Police at (479) 968-2558, or the Perry County Sheriff’s Department at (501) 889-2333.

Scott Jared’s son Benjamin has set up a Facebook page in hopes of finding more information about his father’s disappearance.