On the evening of March 2, 1957, Maud Crawford was cozy in her comfortable surroundings, despite the cold, rainy weather outside.

[dropcap]She[/dropcap]sat on the couch, stringing beans, while the family dog lay nearby. The scene was so serene … it could have been drawn as the cover for a greeting card.

The Crawford home on Clifton Street in Camden, Ark., built in 1909, was often described as stately with its two-story, fluted, white columns and neoclassic architectural style. 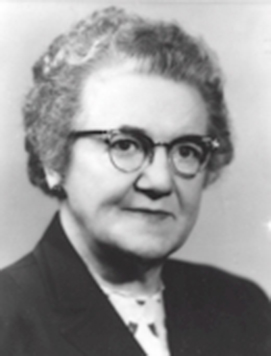 It is, however, better known, not for its grandeur, but for its link to one of Arkansas’ most enduring mysteries. Sometime between 8:30 and 11:30 p.m. that cold March night more than 50 years ago, Crawford vanished without a trace.

Crawford was born Maud Robinson on June 22, 1891 in Greenville, Texas. When she was 9-years-old, her mother died, and she moved to Warren, Ark., to live with her grandmother. A bright, inquisitive girl, she graduated as valedictorian at her high school and attended the University of Arkansas at Fayetteville. She married Clyde Falwell Crawford in 1925, and in 1927 was admitted to the Arkansas Bar, becoming the first female attorney in the history of Camden. She practiced at the same law firm in which U.S. Senator John McClellan had been a partner. She was well-known about town and was frequently seen walking her Dalmatian or driving her dark blue, two-door 1956 Mercury sedan. Active in civic affairs, she had won awards for her contributions to the community. But when she disappeared, it was not just Camden that stood up and took notice. It was the whole country. Her story made national headlines because of her ties to McClellan. He was chairing a Senate inquiry into organized crime, and speculation arose that Maud may have been abducted by the Mafia in retaliation against McClellan. But when no threat or ransom note was ever received, friends and neighbors were mystified as to why anyone would want to harm Crawford. Two weeks after the disappearance, Police Chief G. B. Cole was quoted in The Camden News as saying, “We have not turned up a single clue.”

Of that night, only a few facts are known. At 8:30 p.m., Maud’s cousin phoned and talked to her for a while. Everything seemed normal. Clyde had gone downtown to see a movie at the Malco Theatre. Afterwards, he stopped by Carter Liquor Store for a few beers before returning home at 11:30 p.m. The lights and television were still on, and a pan of beans was on the dining table, but Crawford was gone. Her clothes were in the closet; her car was in the driveway; and her purse was in the living room. Her billfold still had $142 in it. Her dog, Dal, was unharmed and resting peacefully on the floor. Nothing was missing, except her.

Shortly after his wife’s disappearance, Clyde Crawford sold her car to a friend, and it ended up in the possession of Don Harrell, a student at Hendrix College in Conway. One evening in April 1957, Harrell and a friend found a grocery store receipt under the car’s front seat. It was dated March 2, 1957, the same day Crawford had disappeared. A Camden telephone number had been written on the back of the receipt. Harrell sent the ticket to Chief Cole, thinking it might have some significance. Cole thanked Harrell for the potential evidence, and said he would add it to the case file. Harrell never heard any more about it.

In 1969, the Probate Court of Ouachita County declared Maud Crawford dead, a victim of foul play.

For nearly 30 years after her disappearance, the Maud Crawford case remained unsolved and shrouded in the myth and mystique of a small southern town’s nostalgic past. Then in 1986, Camden native and award-winning actress, screenwriter, producer, and director Beth Brickell wrote a newspaper exposé, blowing the lid off a cover-up that had scared some people into decades of silence.

“My CAA [Creative Artists Agency] agent thought the mystery would make a good movie,” Brickell said, “And he encouraged me to go back to Camden, ask some questions, and write a screenplay. I planned to ask questions for three weeks, write a rough draft of a screenplay in three weeks, and return to L.A. I learned within the first week that the case had never been properly investigated, and I decided to forget the screenplay for the time being and put on my investigative reporter hat instead. I ended up spending 16 months investigating the case and writing the 18-article, front-page investigative series that appeared in the Arkansas Gazette.”

Even though nearly 30 years had passed, and many players in the true-life drama were dead, Brickell found some people were still afraid to talk. She stepped on some big toes, and as a result, her life was threatened. The Arkansas Gazette was told to abandon the project or face legal action. The newspaper and Brickell stood their ground and proceeded with the sensational story. 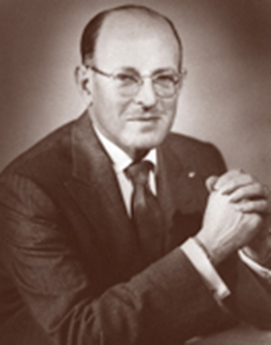 Henry Myar “Mike” Berg was believed to be connected with the mysterious disappearance of Maud Crawford.

“I traveled all over Arkansas,” Brickell said, “And from Washington, D.C. to California, talking to anybody who knew a piece of the puzzle.”

Among those interviewed was Odis A. Henley, the original State Police detective on the case. Henley said he had found evidence implicating a man by the name of Henry Myar “Mike” Berg, a member of the Arkansas State Police Commission. After Henley reported his suspicions to his superiors, he was taken off the case and reassigned. His files disappeared as mysteriously as had Maud Crawford.

So who was Mike Berg and what was his connection to the missing attorney?

Brickell discovered Crawford had been legal counsel for Rose Newman Berg, Berg’s elderly aunt. Rose’s estate was valued in excess of $20 million dollars, but she was senile, probably suffering from Alzheimer’s disease. In 1955, the Ouachita County Court declared Rose incompetent and appointed Crawford as her guardian and the executor of Rose’s will. Rose intended to leave her estate to her three nieces, leaving nothing to Berg. While carrying out her duties as Rose’s legal counsel, Crawford discovered fraudulent deeds that conveyed Rose’s valuable real estate holdings and oil royalties to Berg. Before Crawford could have the deeds decreed null and void, she disappeared and so did Rose Berg’s will. Berg ended up with his aunt’s entire fortune after settling a claim by her nieces.

None of these shenanigans were made public in 1957. Publicity from Brickell’s articles, however, caused the Crawford case to be re-opened. The prosecuting attorney subpoenaed Berg’s bodyguard, Jack Dorris, but Dorris had cancer and died without talking. Berg died in 1975 … 11 years prior to Brickell’s investigation. No charges were ever brought against anyone.

There lies the tragic tale of greed and murder. Where Crawford’s body lies is anybody’s guess … her body was never found.