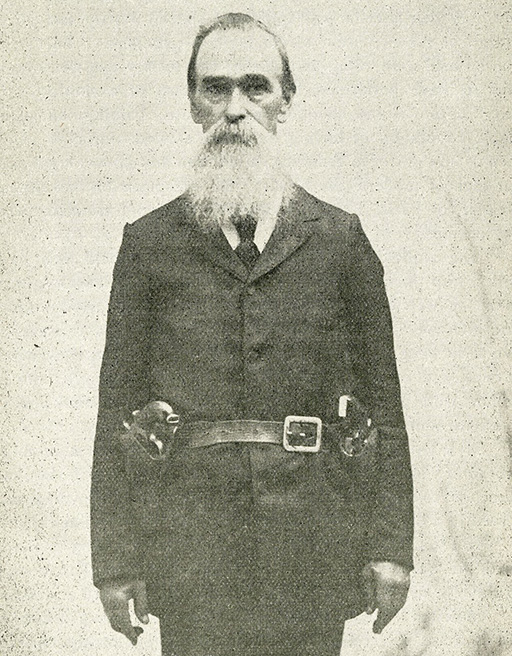 George Maledon, the “Prince of Hangmen.”

Murder Mystery: The Legend of James Casharago, Part I

Isaac Parker was dubbed “the hanging judge” for good reason. He presided over the United States District Court for the Western District of Arkansas from 1875 until 1896, and during his tenure he directed the hanging of 79 men, more than any other judge in the country’s history. He was known for his long-winded, biased instructions to juries and his equally verbose tongue-lashings for the condemned who stood before him for sentencing.

James Casharago, arrested for the murder of his traveling companion Zachariah Thatch, heard a lot about Parker from the men with whom he shared Murderers’ Row, the bottom cellblock in a building that replaced the old jail, nicknamed “Hell on the Border.” Among the men incarcerated with Casharago was Henry Starr, who had cheated the hangman twice by having both guilty verdicts overturned by the U.S. Supreme Court, a fact that riled Judge Parker to no end. During the first trial, Starr said, “The judge’s instructions to the jury lasted two hours and forty minutes, and for legal pomposity and hazy insinuations, it would rank high.” At his retrial, Starr said, “The judge, with his usual ornate vanity, gave me a twenty-minute lecture.”

Casharago was still awaiting his day in court when the outlaw Cherokee Bill made a desperate attempt to break out of the jail. Starr was able to defuse the tense situation and negotiated an end to the uprising.

Casharago’s trial convened on December 15, 1895 and lasted two and a half days. He was still going by the alias “George Wilson” to hide his criminal past, thinking the truth would make him look guilty in the eyes of the jury, but the charade made no difference. The panel of his peers didn’t believe that he had come into possession of Thatch’s belongings by honest means. Casharago testified he received a wagon and horses from Thatch as repayment of a loan, but without a written contract to validate the transaction, he offered only his word, and his word wasn’t worth the cost of a hangman’s rope.

The district attorney’s case against Casharago was circumstantial, and many of the prosecution’s witnesses were men of ill repute. One of them had been arrested five times within two years, once for murder. Only six witnesses were allowed to testify for the defense. Three, including a deputy marshal, swore they had done business with Thatch two weeks after his alleged murder. The deputy marshal even recognized Thatch as an old acquaintance. Indeed, the victim’s identity was never proven beyond a reasonable doubt, but the corpse was found within 200 yards of the camp site that Casharago said he had shared with Thatch. Supposedly, blood was discovered in the ground at the crime scene, and a chunk of the earth brought to court still showed red veins soaked into the cracks and crevices. This lurid exhibit had an incendiary effect on the men who would decide if Casharago would live or die. In Judge Parker’s courtroom, not only were such inflammatory displays permitted, but the flames were fanned by the judge himself. His charge to the jury lasted one hour and twenty minutes and filled twenty-eight pages. The jury delivered the expected guilty verdict with all due haste. 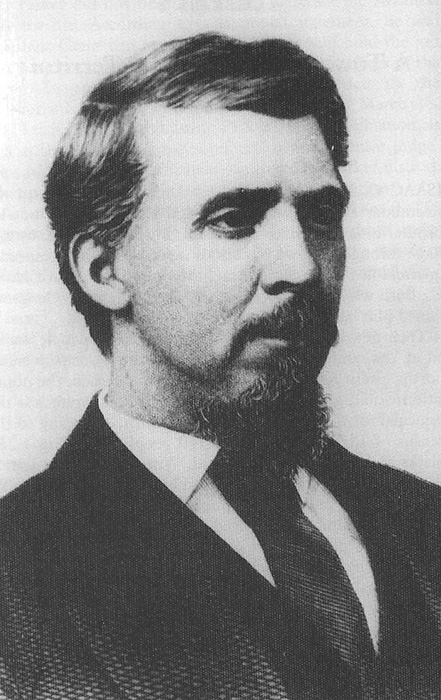 As Casharago stood before him, Parker sermonized, “Even nature revolted against your crime. The parched earth cracked open and drank up the blood, held it in a fast embrace until the time it should appear against you.”

Casharago appealed his sentence but was denied a new trial. Only then did he state his true name. His execution date was set for July 30, 1896.

The original home for the U.S. Court for the Western District of Arkansas had been Van Buren. But in 1871, Congress decreed it should move to Fort Smith. The first person executed on the newly constructed gallows was convicted killer John Childers. It was August 15, 1873. No hangman had been hired yet, so U.S. Deputy Marshal James Messler pulled the lever that released the trap door beneath Childers’ feet. The New Era newspaper announced in bold print, “At 1:40 p.m. John S. Childers was LAUNCHED INTO ETERNITY.”

The scaffold was built large enough to accommodate the executions of eight men at the same time, but only six were ever hanged together, though this happened only twice. Not long after Judge Parker was appointed to the bench in Fort Smith, he oversaw the first sextuple hanging, an event that drew an audience of 5,000 people.

George Maledon was the most infamous of the Fort Smith executioners. Called the “Prince of Hangmen,” he was known for placing the noose’s knot just-so in order to break the condemned man’s neck, making death quicker. Maledon retired in 1894 and died of dementia in 1911.

Perhaps the most grotesque hanging that ever took place in Fort Smith happened to John Thornton, 65, who was to pay the ultimate price for killing his own daughter. On June 28, 1892, when the trap door opened under Thornton’s feet, his body bounced like a yo-yo, and he was almost decapitated. The tendons in his neck, stripped of their flesh, were all that connected his head to the rest of him. As blood gushed from the swaying body, spectators gasped and turned their heads away, repulsed by the barbarity. The ghastly sight sickened even the strongest of men.

At 11:30 a.m. on a hot summer day in July, onlookers gawked at the pale, mustachioed James Casharago as he walked calmly from the jail to the nearby twelve-foot tall gallows. He ascended the steps slowly but steadily. A preacher was on hand for spiritual support; Rev. Lawrence Smythe had been a pastor in Fort Smith since 1861. Standing beside Rev. Smythe was a U.S. Marshal. Rev. Smythe said a prayer, and then the marshal asked the condemned man if he had any last words.

“I am not guilty,” Casharago said, “And if I could state it at the end of the rope after I fell through, I would do so.”

The marshal bound the prisoner’s hands and feet, put a black hood over his head and then the noose. The lawman, who would get paid a little extra for acting as executioner, adjusted the knot, trying to meet the standard set by Maledon. The marshal stepped back and pulled the lever. Casharago became a part of history, for he was the last man to be hanged in Fort Smith.

As Casharago fulfilled his destiny, Judge Parker was coming close to his own day of reckoning. His admirers thought he had helped bring law and order to the 74,000 square miles of the Western District, which had consisted of the combined area of the Indian Territory and nine Arkansas counties. But the judge had detractors as well — some in high places. After a federal act gave the U.S. Supreme Court the power to overturn a judge’s decision, two-thirds of Parker’s cases were reversed. Then the federal government stripped Parker of his purview over all of the Indian Territory.

Judge Parker died at the age of 58, just five months after Casharago.

As if to proclaim his innocence from beyond the grave, Casharago’s tombstone in Faulkner County bears the phrase, “Only God Knows.”