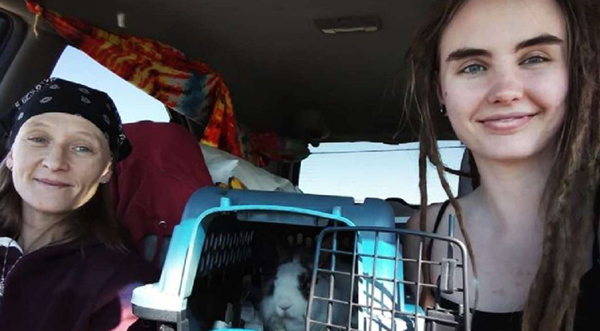 Crystal Turner and Kylen Schulte were kindred spirits who were happiest when indulging in their mutual favorite pastimes of hiking, fishing, hunting and camping. They also enjoyed riding Turner’s treasured Harley Davidson. Their love of the great outdoors had brought them together, and it would be in the great outdoors where they died together.

Turner, 38, and Schulte, 24, met in 2019 on one of the many trails around Moab, Utah. Schulte, after ending an abusive relationship, had moved from Billings, Montana, to Moab to be closer to her father, Sean-Paul Schulte. Turner was sometimes called Crystal Turner Beck. Legally, she had not dropped her ex-husband’s last name. She was from Hot Springs and had moved to Salt Lake City in October 2017. Both women had experienced tragedies and battled their own inner demons, but that all changed when they became friends. In time, they became more than friends. They brought out the best in each other and believed they were soul mates with the freedom to be themselves. In April 2021, they got married in a treehouse at Garvan Woodland Gardens in Hot Springs. Afterward, they went back to make their home in Moab, where Schulte worked at the Moonflower Community Cooperative Grocery Store and Turner had been an employee at McDonald’s for several years.

On Aug. 12, 2021, a 911 call brought the police to the site of a domestic dispute in progress in a Moab parking lot. It was the beginning of a true-crime saga that gripped the nation from late summer well into autumn. The two people arguing loudly in the parking lot were Gabby Petito and Brian Laundrie. They soon became household names, and their private lives became public after she disappeared and he was sought for questioning. Authorities recovered her remains in Wyoming on Sept. 19 and found his skull in Florida a month later. In a not-so-simple twist of fate, the parking lot quarrel between Petito and Laundrie had occurred outside the Moonflower Co-Op, and within days of that incident, Moonflower’s own Kylen Schulte and her spouse became victims of violence, too.

On Friday, Aug. 13, Schulte and Turner went out for drinks at Woody’s Tavern. They told their friends at the bar that they had set up a campsite for the weekend and mentioned a “creeper dude” in a nearby tent. They left the tavern around 9:30 p.m. and then visited with some friends who lived nearby. They would have arrived at their campsite sometime around midnight. Turner was scheduled to work on Sunday, but she did not show up, and Schulte was absent from her next shift at the co-op. The two were punctual and never missed a day without calling in. Their coworkers and friends were worried and contacted the authorities to report them missing. 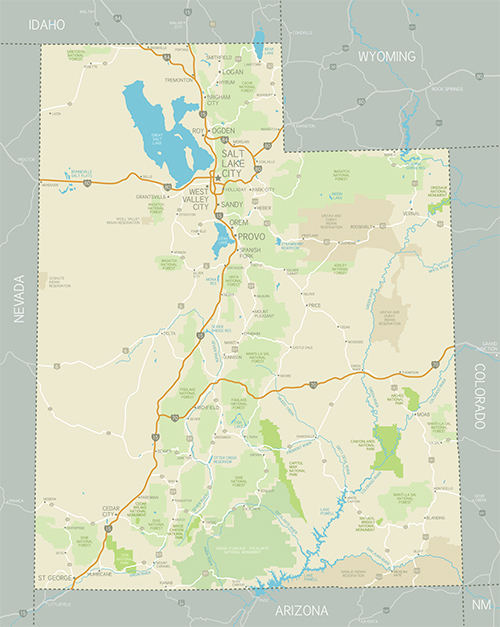 The Grand County Sheriff’s Office led the search, but Sean-Paul Schulte asked for help from everyone, including Facebook users. A friend of the Schultes, Cindy Sue Hunter, began her own search on the Wednesday following the disappearance. No one knew exactly where the women were camping, so Hunter started driving around, checking various trails and camping areas, constantly on the lookout for anything unusual, even stopping to look in ravines and over cliffs, in case Schulte and Turner had been in a car accident. They usually drove their Econoline van on their outings, but something was wrong with it, so they took their silver Kia Sorrento instead. Along the way, Hunter showed pictures of the couple to hikers and campers she encountered, asking if they had seen the women. The area she traversed in the La Sal Mountains was vast. Roads branched off in many different directions, but she seemed almost psychic and listened to her inner self, letting it guide her to the left or right.

About five hours after she started her quest, she went down curvy Geyser Pass near the La Sal Loop Road on the South Mesa. Out of the corner of her eye, she saw a flash of silver glinting in the sun. She followed it down a narrow path and came upon the Kia. She got out of her car, and the first thing she noticed was a bunny in a pet carrier inside a hay-covered hutch on the ground. The rabbit belonged to the missing women. They called her Ruth and always took her with them. Ruth’s container had not been cleaned, and Hunter thought that was a bad sign. She peered around the open tent flap and saw that the interior was in disarray. She called the sheriff’s office, and they told her to wait there, that they were en route. As she walked around, she noticed several Gatorade bottles strewn on the ground and a row of trees behind the tent. Between the tent and the trees were some clothes, and just beyond that was what she described as a “creek.” To her horror, she saw a body in the water, and she knew immediately it was Schulte because Schulte was much bigger than Turner. In shock, Hunter got back in her vehicle and locked the doors until deputies arrived.

Turner and Schulte had both been shot multiple times in the front, sides and back. They were naked from the waist down, and one of them had her bra pulled up above her breasts. It appeared that Schulte was shot first. Turner was several yards away. The scene indicated a struggle had taken place, and Turner’s mother was quoted as saying her daughter “would have gone down fighting.” Authorities have said that the women probably died on Saturday and that neither victim was raped. The creek to which Hunter had referred was actually an irrigation ditch, and sheriff’s investigators shut off the water with a control valve. They looked for clues both before and after draining the ditch.

As officials began the task of collecting and examining evidence and interviewing people, including persons of interest, two grieving families made plans for the victims’ funerals and memorial services. Schulte’s relatives set up a GoFundMe page to help with expenses. They wanted to take her back to Billings, Montana, to bury her next to her brother, Mackeon Schulte, who had been shot and killed accidentally by a friend in 2015, when he was only 15 years old. And Schulte had lost a baby when she was 16. Turner was predeceased by three brothers, and her father had died when she was a little girl.

The Schultes raised enough money to share it with Turner’s family. Turner was cremated, and some of her ashes were buried with Schulte.

Moab, Utah, is a busy tourist destination, being the gateway to Arches National Park, a major attraction. But it is also a small town. At last count, the population was fewer than 5,500, so many residents were acquainted with Turner and Schulte. Once the initial shock wore off, they were filled with questions about the murders. Why would anyone commit such a savage attack? Was it the act of one person or more than one? And, perhaps most troubling of all the community’s concerns: Would the killer — or killers — strike again?