In August of 2005, University of Texas students returned to Austin with a sense of excitement and optimism of beginning a new school year. Students began moving into the dorms and the apartments that ringed the campus, and the Texas Longhorns, anchored by quarterback Vince Young, started football practice that eventually ended with the team claiming the National Championship in the Rose Bowl on Jan. 1, 2006.

But there was also a sense of apprehension as they moved into apartments on the western edge of the university campus. Yellow police tape blocked off the door of one of the apartment units at the Orange Tree, an upscale residential area on Rio Grande and 23rd streets. Inside, they’d heard, occurred one of the most horrific killings in Austin’s history. Family members found Jennifer Cave, 24, dead in a bathtub on Aug. 18. She had been shot, and her killer had cut off her head and hands, leaving them in garbage bags by the body.

It was a slaying brought on by a phone call, a last-minute decision to celebrate a new job and a night of bar-hopping fueled by vodka, Xanax and other drugs. And it was committed, police said, by a former Arkansas man who was a National Merit Scholar finalist and a 2001 Catholic High School graduate who was in his second year on a full scholarship at UT, pursuing a business degree.

Colton Pitonyak was friends with Jennifer Cave in Austin. The two weren’t romantically involved, but they were close, having met on Sixth Street, an area similar to Dickson Street in Fayetteville that features restaurants, bars and clubs. Pitonyak dabbled in drugs, police said, and those who knew him said he could always get them cocaine and other substances. Cave enjoyed the party life as well and had befriended Pitonyak after he moved to Austin.

Pitonyak’s family ran a successful farm implement company in Carlisle, and they lived in Pleasant Valley in west Little Rock. Pitonyak did well enough at Catholic High to earn $150,000 scholarships at both the University of Pennsylvania and New York University, but chose the University of Texas because of its proximity to Arkansas. He was a good student and earned the respect of his teachers. But there was also a dark side, friends recalled. He began using drugs while in high school, and he had a violent streak, often pushing a minority student’s head into the water fountain whenever he took drinks. 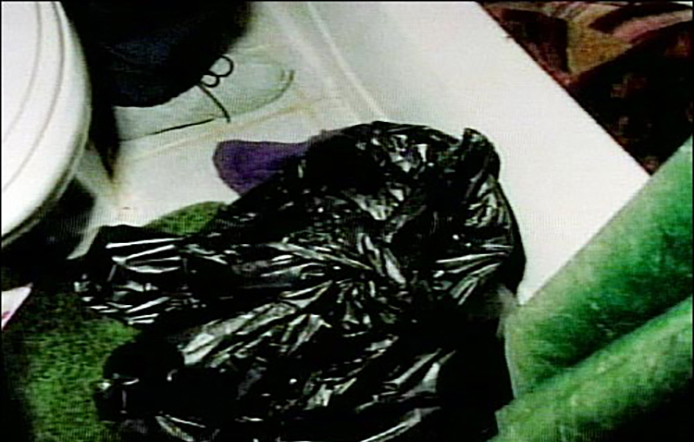 Photo from the crime scene.

On the night of Aug. 17, Pitonyak called his friend Cave. She had just gotten a job at an Austin law firm that would begin the following day, and he wanted to celebrate. Cave had planned to go to bed at 10 p.m. to be refreshed for her first day at work, said Tinu Thomas, a UT student who, with Haley Butler, compiled a seven-episode podcast about Cave’s slaying. Instead, she was persuaded to go out with Pitonyak. The podcast, called The Orange Tree, is featured on the website of The Drag, a UT-based production studio.

“She wanted to be ready for her first day on the job,” Thomas says. “She didn’t make it.”

Friends saw the two leave the Sixth Street area at 1 a.m. on Aug. 18, Thomas says. “She was sober, friends said. He was messed up.”

That morning, Cave didn’t show up to work, and her employer called her mother, Sharon Cave, at her Corpus Christi home. Sharon and her fiancé, Jim Sedwick, drove to Austin and found Jennifer’s car parked in the lot at Pitonyak’s apartment. Sedwick broke in through a window and discovered Jennifer’s body.

Sharon called Austin’s E-911, and began screaming when she saw the horror. Sedwick took the phone, and when a dispatcher asked if the victim was conscious and breathing, Sedwick replied, “No, I think she’s dead. I mean, this is a real gruesome, messed up scene, and I also believe that we’ve got a crime scene here.”

Police began searching for Pitonyak. Phone records showed he called Laura Hall, a fellow UT student, at 3 a.m. and then again at 6 a.m. that day.

“This was a big deal then,”  Thomas says. “There was an unknown killer out there. Kids were moving to UT, and police tape is going up. There was a lot of fear.”

U.S. Marshals found the couple in Mexico five days later, and they were arrested. Hall, who attorneys say was obsessed with Pitonyak, later said those five days in Mexico were “the best days of my life.”

Pitonyak testified that he didn’t remember what happened. He was still struggling with substance abuse, and he said he had been on a several-day “bender” when meeting Cave. He said he passed out, and when he woke up, he found Cave’s body in the bathtub.

“I have no idea what happened. Everything points to it,” he said while on trial, referring to the accusation that he killed Cave. “I can’t think of any other thing that happened.”

According to police and court reports, Pitonyak was accused of shooting Cave and then putting her body in the bathtub. He then called Hall for help, who told him to go to a hardware store and buy a hacksaw, garbage bags, gloves and cleaning supplies. Hall went to his apartment, and the two cut off Cave’s head and hands, placed them in garbage bags and then left them in the tub.

Christopher Perri, an Austin attorney who represented Pitonyak on appeals, saw the crime differently. He alleges that Hall killed Cave because she was jealous of Pitonyak’s relationship with her.

He said Hall had seen an episode of the television show The Sopranos that gave her the idea to do the dismemberment so police couldn’t identify the body. But it was a difficult task to do, and she gave up and instead suggested fleeing to Mexico. Perri says Hall even fired a shot into Cave’s dismembered head to “ensure she was dead.” 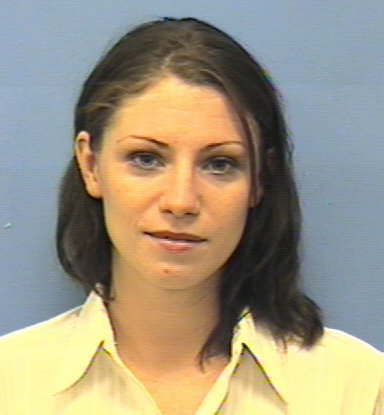 “She was psychotic. She shot the head after it was decapitated,” he says of Hall.

“It was a cold decision that ruined Colton’s life,” Perri says. “He wakes up and eventually pays the price for something he didn’t do.”

A Travis County jury convicted Pitonyak of intentional murder in 2007 and sentenced him to 55 years. Hall was later sentenced to 10 years for hindering apprehension and tampering with evidence. She has since been released from prison.

Perri says Hall told several people about her involvement in Cave’s death. She allegedly told a co-worker the worst thing was “hearing the saw cutting through bone.”

She also reportedly bragged to another friend that she could “tell my grandchildren I cut up a body.”

Perri filed an appeal based on those statements, claiming the prosecution knew of them but didn’t present them to defense attorneys. It was a violation of the Brady disclosure act, which requires the state to release exculpatory evidence.

Perri’s appeal to the Fifth Circuit Court of Appeals in New Orleans was denied in 2013.  A second appeal was denied by the Texas Supreme Court. Perri filed a third appeal when he obtained new evidence, he says, of Hall’s involvement, but that, too, was turned down. A court said it was “redundant” of his prior appeals.

Travis County Prosecuting Attorney Bill Bishop did not return messages for an interview.

“This has jaded me about the criminal system,” Perri says. “Everything points to her doing it. But it’s been a mockery of justice.”

He has since recused himself from the case.

Thomas says she and Butler recently created the podcast about the crime despite it happening 15 years ago.

“You can talk to anyone about it,” she says. “Everyone felt like they knew about it, but they didn’t know all about it. We tell the story to keep it in people’s minds.”.