Murder Mystery: The Path of a Psychopath, Conclusion

READ MORE: The Path of a Psychopath, Part 1

READ MORE: The Path of a Psychopath, Part 2

Is there really such a thing as born bad or a born killer? The Bad Seed was first a novel, then a play, followed by a movie. It’s about 8-year-old Rhoda Penmark, who appears to be the perfect, precious little girl anybody would adore but is, in fact, a cold-blooded killer. Mark Alan Smith was such a child.

Born in Illinois in 1949, Smith was still a baby when his parents divorced, and his mother remarried a short time later. His stepfather was distant and never had time for him, according to his mother. Smith himself would later say he “had a pretty average childhood.” He was a Cub Scout and enjoyed fishing and other outdoor activities. After his mother enrolled him in St. Mary’s Catholic School, however, he began to have problems. He hated the nuns with their strict disciplinary code. Whatever punishment they meted out caused Smith to wake up screaming in the middle of the night. The matter became serious enough that his mother took him to see the family doctor, who suggested putting him in a public school. When his mother took the doctor’s advice, the nightmares stopped, but something else, something scarier, took hold of him. 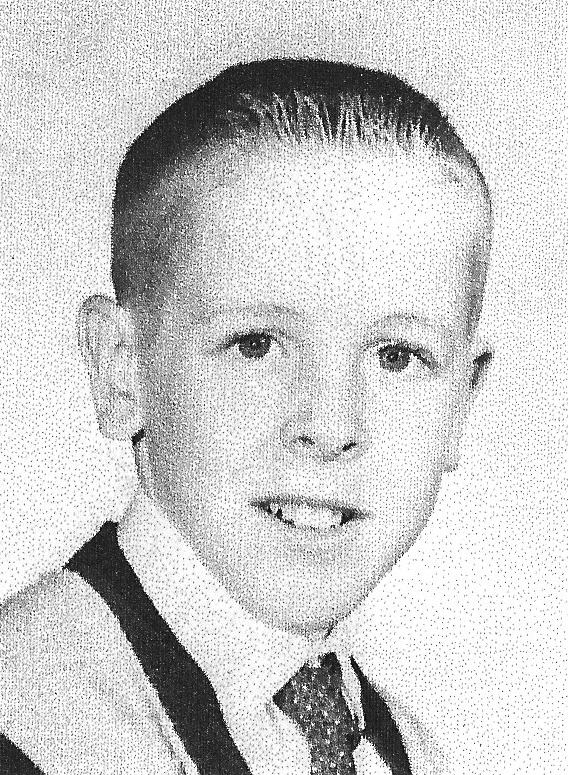 He relished killing birds and other small animals. Then one day in third grade, during lunch recess, Smith tried to strangle a classmate. The little girl broke free, and the incident was never reported. When he was about 9 years old, he attacked a younger playmate with a penknife. He inflicted more than 20 stab wounds on the boy before throwing the knife down on the ground and helping his victim get home. He wasn’t charged with a crime, but school and court officials mandated psychiatric counseling, and after a year of therapy, he had made enough progress to satisfy the psychiatrists that he would straighten out on his own. They didn’t realize that the counseling hadn’t affected him at all.

Smith flunked the seventh grade. He was smart but bored and wouldn’t do his homework. He dropped out of high school during his sophomore year and got a job as a cook’s assistant. Something that should have set off alarm bells was the discovery by his mother and stepfather of butcher knives that he had hidden under their mattress. “Tools of the trade,” he said. 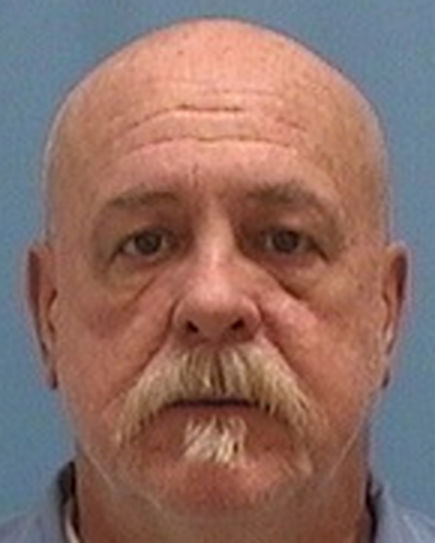 In August 1966, Smith enlisted in the Army and was sent to Vietnam where he was a helicopter door gunner. When he returned home, his mother said that he had changed. To paraphrase Lynn Hall, it could be that Smith didn’t change but became more clearly himself, the disturbed child turned soldier, his violent tendencies heightened by the war. He would never discuss his time in Vietnam with anyone. Transferred to South Korea, he was court-martialed and spent three months in the stockade for fighting his fellow servicemen. He was also engaged in black market activities and was heavy into drug use, which intensified when he was stationed in Germany. Prone to starting barroom brawls, he was court-martialed again for fighting. According to his own confessions, he officially became a serial killer while in Germany.

The first stateside murder Smith carried out was the slaying of Obie Fay Ash in Arkansas, but that was followed quickly by the murders of three Illinois women: Jean Bianchi, Janice Bolyard and Jean Ann Lingenfelter. In the cases of Bolyard and Lingenfelter, Smith joined in the searches for them after they were reported missing. Both times, he led authorities to the bodies. A witness saw Lingenfelter get into his car shortly before she disappeared, so he became the chief suspect and was arrested. Officials drew parallels between the Lingenfelter case and the other two in Illinois. Arkansas State Police Detective Sergeant James D. Lester obtained a warrant to collect hair samples from Smith to compare them against evidence retrieved during the Ash investigation. The McHenry, Ill., court had appointed Harold C. McKenney as attorney for the suspect, but his lawyer didn’t have a chance to mount a credible defense for a plea of innocence because Smith confessed not only to the murders for which he was charged but to more slayings he committed in Germany in 1969. The prosecution couldn’t ask for the death penalty since a moratorium existed on capital punishment, but Smith pled guilty, and the courts imposed the harsh penalty of 200 years each for the murders of Bianchi and Lingenfelter and a minimum of 50 years for the Bolyard killing, with the sentences to run consecutively. Smith waived extradition to Arkansas, and in March 1971, he appeared in the Baxter County Courthouse to answer for the murder of Ash. In the unlikely event that the state of Illinois ever paroled him, he would be transferred to Arkansas to serve a life term for murdering Ash. While he was back in Arkansas, he was questioned by Missouri police about the unsolved murder of 20-year-old Neva Carol Blades, whose body was found in a shallow grave in Stone County Missouri, about an 8-hour drive from Mountain Home, where Smith was living with his grandmother at the time of the murder. The medical examiner could not determine the cause of death due to the decomposition of the remains. Like Bianchi, Blades had disappeared from a laundromat. That and other similarities in the two cases, such as victim type, caused the investigators to suspect Smith, but he denied the accusation, and without a confession, the Missouri officials knew they couldn’t make a murder charge stick. 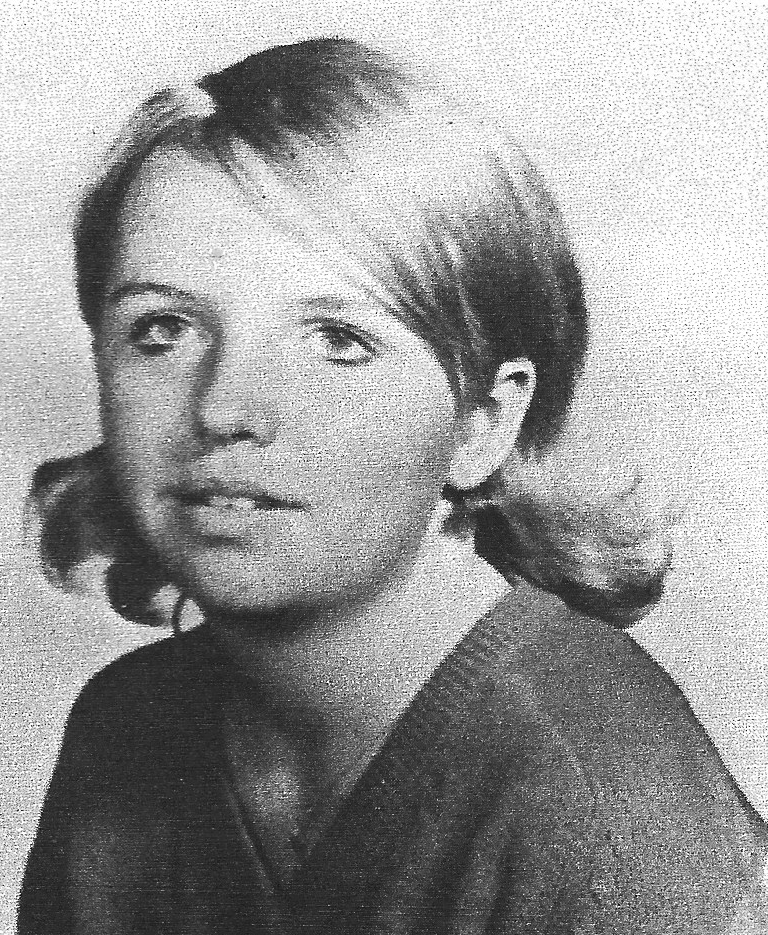 After his imprisonment, Smith told his life story to his attorney, McKenney, and a writer, Jon K. Hahn, and described his sadistic crimes matter-of-factly in gory detail. He claimed he had killed nine women when he was stationed in Germany. He left a tenth victim for dead, but she survived. He would usually approach his victims from behind, choke them by wrapping his arm around their throats, and then he stabbed them. After they were dead or near death, he would perform perverted sexual acts on them and mutilate them. Dr. Joseph Wepman, a psychologist who analyzed Smith, classified him as a lust murderer who attained sexual satisfaction by killing his victims and equated this conduct to necrophilia, which is defined as erotic interest in or stimulation by corpses. A necrophiliac fears rejection by live women, so he takes their lives. By all accounts, Smith had a normal relationship with his mother, so the source of his aberrant behavior with other women is a mystery.

Though he never blamed his actions on drugs, he admitted to using large amounts of marijuana, hashish, amphetamines, psychedelics and all types of alcohol, often at the same time. He went for long periods without sleep, which was how he could perform his military duties during the day and go out at night, stalking and attacking women like a ravenous, rabid wolf.

Smith’s biography, Legally Sane, by McKenney and Hahn, was released in 1972. Since then, Smith hasn’t sought the limelight, though he has come up for parole several times over the years. He remained a sexual predator in prison. Still incarcerated, he is 71 years old.