Murder Mystery: The Path of a Psychopath, Part 2

Mark Alan Smith had roots in Baxter County. His grandmother owned a resort there. But after he murdered Obie Fay Ash in Mountain Home, he moved his wife and infant son back to McHenry, Ill., his native hometown. In less than two months, he killed again.

Jean Irene Bianchi was an attractive 27-year-old wife and mother of two small children. On the night of Jan. 27, 1970, she took a load of clothes to the Suds-n-Duds Laundromat in downtown McHenry. Smith saw her in there as he drove by. He circled the block until he was sure she was alone, and then he made his move.

He promised not to kill her if she cooperated, so she went with him unwillingly but obediently. He put her in his car and drove to a secluded place where he raped her. Afterward, he struck her three times on the head and stabbed her in the neck, chest and back until she lay still and quiet.

He drove to Barreville Road south of McHenry and threw the victim off Pearson Bridge. It had snowed the day before, and the stream below was frigid and iced-over in places. Smith drove a short distance farther, then turned around and headed back to McHenry. As he came to Pearson Bridge again, he saw Bianchi crawling up an embankment. He stopped, got out of his car, and kicked her, causing her to tumble back down to the water. He tried to drown her, but in his own words, Smith said, “She kept fighting, so I pulled her out and … rolled her over onto her stomach. I stabbed her twice, once behind each lung. I heard them collapse.” He then violated her dead body with depraved sex acts before leaving her in the water, beneath a ledge of ice.

When Bianchi failed to return home from the laundromat, her husband reported her missing, and authorities started searching for her that very night. The McHenry City Police, the Illinois State Police, the McHenry County Sheriff’s Office and the FBI joined forces, but three days later, they still had no clue as to where Bianchi was.

A most unlikely sleuth, Beamsley, 67, was a member of the Cosmic Circle of Friendship in Chicago. She was a spiritualist and faith healer, who met with other like-minded people every Wednesday night. Beamsley used a pendulum to communicate with a higher power. The pendulum would respond to yes and no answers by swinging from side to side, back and forth, or in a circle. Beasley’s pendulum was a Jesus pendant. One member of the Cosmic Circle knew the Bianchi family and asked the other spiritualists in the group to concentrate on the missing woman and her whereabouts. Beamsley had what she called “one of the strongest visions I’ve ever experienced.” She claimed to know Bianchi was already dead.

The group member who knew the Bianchis passed Beamsley’s vision on to Rev. William Johnson, a Methodist minister. He was the Bianchi family pastor and had officiated at Jean and Armand Bianchi’s wedding. Though Johnson was an open-minded man, he realized the detectives might scoff at the idea of a psychic showing them the way to the missing woman. County Sheriff John C. Carroll, however, welcomed the help, so Johnson drove Beamsley to McHenry, hoping that seeing the area in person might sharpen her visions. 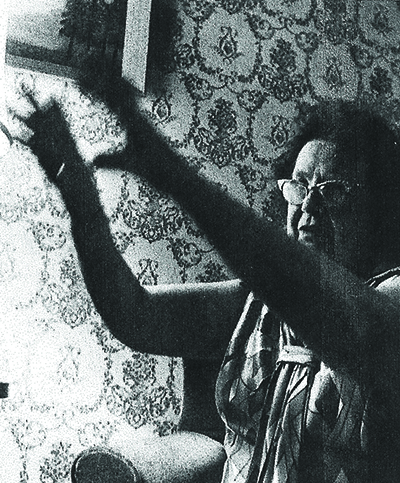 One detective rode with Johnson and Beamsley and stayed in contact with other searchers by walkie-talkie. When they weren’t immediately successful, skeptical officers could be heard saying they should “dump the old lady and get down to business.”

But the psychic had a strong vision of a car dealer’s sign, and, sure enough, they came upon the sign. While Johnson drove, Beamsley talked to Jesus, and when she described a little-traveled country road that wound southward, someone suggested the Barreville Road. She said there would be a bridge over a stream, and the searchers from McHenry thought of Pearson Bridge. The sheriff’s investigators were the first to arrive there. Just as Johnson and Beamsley topped a small hill, they saw the sheriff’s men looking down at the stream. One of them walked swiftly back to his car, and everyone heard him over the walkie-talkie:

The authorities never mentioned Beamsley in their official report and never told the press about her, but they did invite her back to McHenry to see if she picked up anything about the murderer. She described him as well-dressed and nice-looking, very disarming. She said he had no control over his emotions and that he had killed 17 people.

“He thinks he’s a great actor … and a pretty smart guy… and he thinks he’ll get out of all this somehow. He has no remorse, absolutely none,” she said.

In later confessions, he spoke dispassionately and matter-of-factly about his crimes, using the same tone of voice he would have used to describe the weather.

Smith sometimes claimed a friend named Adam helped dispose of the bodies of Bianchi and Ash. Beamsley told officials that Smith did have an accomplice and described Adam to a tee, but Adam passed a polygraph test and was never charged.

Beamsley was right on target when she said the killer would strike again, because exactly one month to the day after he murdered Bianchi, Smith brutalized and killed Janice Bolyard. 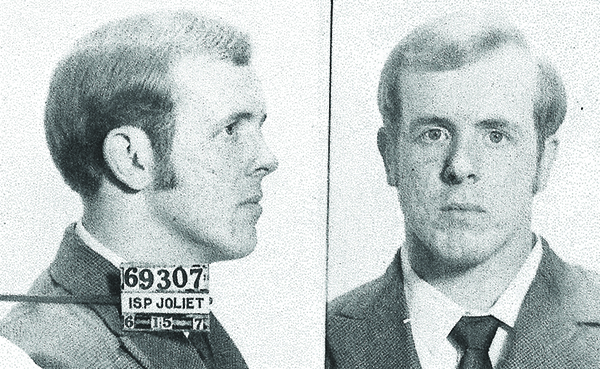 Smith and Bolyard were co-workers at the DeSoto Chemical Company in Des Plaines, Ill. But it was the slaying of 17-year-old Jean Ann Lingenfelter that brought on Smith’s downfall. Witnesses saw Smith and Lingenfelter together just prior to her death.

“Nothing really triggered it,” Smith said. “We were just sitting there in my car, talking. I reached over and strangled her. I might have hit her, or kicked her, once or twice.” The autopsy showed a brain concussion; a broken jaw, nose, and neck; several loose teeth; cuts on the head, neck, and face; two black eyes; internal hemorrhaging; abrasions over much of the body; and a complete vaginal-rectal perforation.”

After Smith’s arrest and with a memory that amazed the police, he readily confessed to multiple murders. Detectives noted an unusual aspect to the spate of killings: the number 27. Smith killed Bianchi on Jan. 27, and she was 27 at the time of her murder. He killed Bolyard on Feb. 27, and Lingenfelter on May 27. Lingenfelter’s birthday was June 27, and Smith was born on June 27, 1949.

Amused, Smith said, “Would you believe I didn’t even realize anything about the 27s until … someone told me about it?”

Investigators, though, did find astrological materials in Smith’s belongings, and he had clipped a monthly horoscope from an astrological chart in a music magazine. It was for February 1969, the month in which he was married.

Smith’s savage, sadistic war on women had come to an end, but it was just the beginning for lawyers, psychiatrists and journalists to study the serial killer who never quite gained the fame that Gacy, Dahmer and Bundy did. Delving into Smith’s childhood was like reading a copy of the novel The Bad Seed.

READ MORE: Murder Mystery: The Path of a Psychopath, Part 1