Murder Mystery: The Path of a Psychopath, Pt. 1 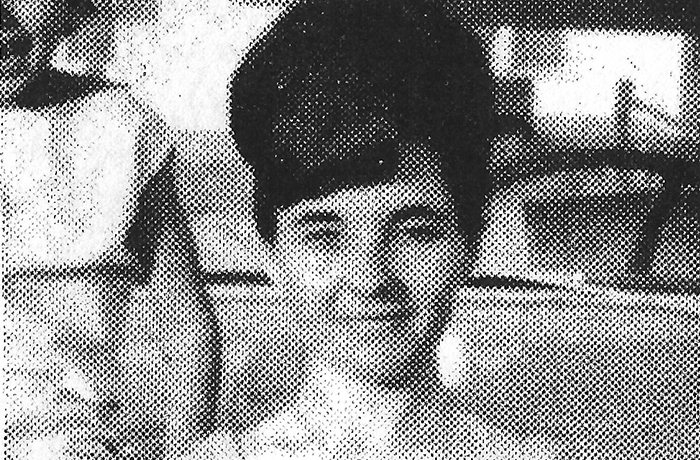 Mountain Home is cradled between the White River and two of Arkansas’ prettiest pristine lakes — Norfork and Bull Shoals. It is a favorite spot for tourists and retirees, and though the population has tripled over the last 50 years or so, it retains its small-town appeal. The Baxter County Courthouse anchors the old public square, just as it did in 1969 when Obie Fay Ash, her husband, Lonnie, and their three children were living just outside of Mountain Home in the small community of Cotter.

Lonnie worked as a barber in Cotter, but Obie did the shopping in Mountain Home. On the morning of Dec. 3, 1969, she ran some errands, making stops at the Ozark Shopping Center, the College Plaza Shopping Center, and a drug store in the town square. After that, it was as if she had stepped into a black hole. When Lonnie got home that evening and realized Obie wasn’t there, he started calling friends and family, but no one had seen her. He contacted authorities around 6:30 p.m. and reported her missing.

Obie was 32 years old with shoulder-length, dark auburn hair and a petite figure. She was last seen wearing an orange-and-green mini dress and an off-white faux-fur coat. She had been driving a dark green 1957 Volkswagen.

Radio station KTLO aired a police bulletin with descriptions of the missing woman and her vehicle. James Rhein of Mountain Home heard the report, and around 8:30 p.m., he saw the car parked alongside the Baxter Furniture Company at the intersection of Main and 9th streets, two blocks from the town square. Alerting authorities, Rhein led Deputy Sheriff William Laffoon to the scene. They found Obie’s nude body rolled up with her head between her knees on the backseat floorboard. Laffoon notified Sheriff Don Cockrum who, in turn, called the coroner and the Arkansas State Police. 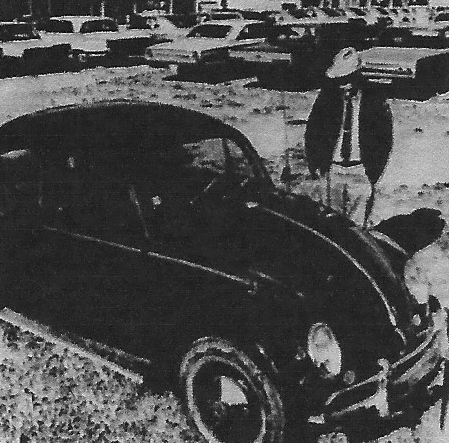 The killer had tied the victim up with her own clothing; her lacy, black bra around her throat and her black bikini panties around her ankles. Her shoes were also in the car. Baxter County’s Deputy Coroner Robert L. Kerr pronounced her dead at the scene about 9:15 p.m., and her body was transferred to the University Medical Center in Little Rock for an autopsy.

When State Medical Examiner, Dr. Rodney Carlton, filed the autopsy results, newspapers around the state printed the grisly details. The victim had been beaten, strangled, raped and sodomized. She suffered thirteen stab wounds in her shoulders and neck.

In the first week of the investigation, state troopers and county officials searched for evidence in the area where her Volkswagen was found. They sifted through dirt, gravel and leaves on the ground and inspected the rooftops of nearby buildings, literally looking high and low. The vehicle itself was wiped clean of fingerprints. Prosecuting Attorney Robert H. Dudley told the press that Baxter County sent items found inside the car to the FBI for analysis. The task force established a hotline so people could give information to police anonymously and also rented a post office box for the same purpose.

The second week after the slaying went much the same way as the first. Detectives took hundreds of statements from people who might have seen or heard something. About 10 people agreed to take polygraph tests, and they all passed. The sheriff’s office checked with authorities in Texas about two similar cases committed there but couldn’t connect them to the Ash homicide.

With the brutal psychopath still at large, many local women feared for their lives, and their concerns were exacerbated by obscene phone calls from men who claimed to be the murderer. Sheriff Cockrum let it be known that anyone caught making such threatening calls would be prosecuted to the fullest extent of the law.

Officers set up a checkpoint at the intersection across from the furniture store. They stopped motorists, hoping someone might have seen Obie or her Volkswagen on the afternoon or evening of the murder. A minister reported he had seen the car there shortly before 1 p.m. He thought he saw a man’s head in the car window, but it was just a glimpse and not enough to describe the individual. What only the killer knew at the time was that he was among the drivers questioned at the checkpoint. 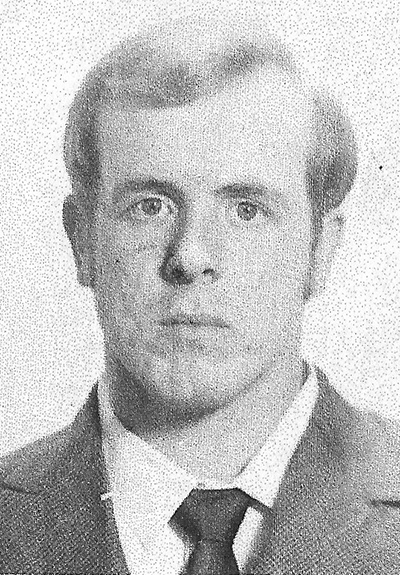 A deputy showed him a photo of Obie and asked if he had ever seen her or the dark green car. The murderer said he had not, and then he toyed with the cop.

“Say, isn’t that the murder car they’ve been talking about? Is that the car, her car, the one they found her in?”

The deputy didn’t have time to satisfy the curiosity of looky-loos and waved the young man on through.

Another close encounter between hunter and hunted occurred when the sheriff went into the Mountain Home Television Sales and Service, where the slayer happened to work. He introduced himself to the lawman as Mark Alan Smith.

“I had him very close to buying a color set,” Smith said later. “We got to talking about the investigation, and I asked him how it was going. He said he had some good leads, but I didn’t press him about them. I didn’t want to seem too interested.”

The TV shop owner would recollect his employee as “real good” and “a hard worker.”

Smith disguised himself as an ordinary, unassuming person. Efforts to identify and catch him proved fruitless. Neither the hotline nor the post office box resulted in any new information, but authorities kept trying.

Cockrum said the case was “still very much alive,” but he admitted, “What we need now is a break, big or small.”

Smith bided his time and waited for things to cool down. Then he was gone.

Later, when all came to light, Cockrum looked back on the clues that might have helped them nab the sadist who had ravaged Obie.

“They were there all the time,” Cockrum says. “A former state policeman was working with a glass installation crew across from the TV shop that day. A co-worker said he wanted to pick up an old Volkswagen ‘like that one over there’ [indicating the Ash vehicle parked in front of the shop]. Afterward, they didn’t link that with the murder car. Even her husband didn’t remember that the Sunday before that they had been talking about how her car radio wasn’t working. She told him she was going to stop and have it looked at.”

“And I saw clay on the wheels of her car,” Cockrum says. “The same kind of clay that was all around [the] TV place. I didn’t think anything about it then. Of course, we didn’t know any of this then.”

If 20/20 hindsight worked, three more murders could have been prevented, but it was second sight that proved useful in solving one of Smith’s crimes after the Ash homicide. A little old lady who talked to Jesus and had visions described what she saw after Smith killed a woman in Illinois.

“The whole room went red for me,” she said, “An angry, dark red of clotted blood.”