Murder Mystery: The Rise and Fall of John Thurman McCool

John Thurman McCool was a hero at the age of seven. After serving with honor in World War II, he became a father and a successful businessman. In December 1956, he was in prison, utterly disgraced. Six years later, he was dead, slain by a person, or persons, unknown. His murder is an Arkansas mystery.

McCool’s extraordinary life began on August 18, 1913, in Grant County. His first brush with fame happened when he and his playmate, Gene McDonald, were wading in a pond near Sheridan. In the center of the pond was an old well that had never been covered. Suddenly, McCool saw his friend disappear beneath the water. Without hesitation, he dove under and pulled the struggling McDonald to safety. Some folks thought the Carnegie Medal for heroism should have been bestowed upon the brave little boy for saving his pal’s life.

At the time of the pond incident, McCool’s father had just gone to work in the clothing department of Isaac Dreyfus and Company in Pine Bluff. Shortly after, McCool, his mother and sister joined his father and made their home in Jefferson County. 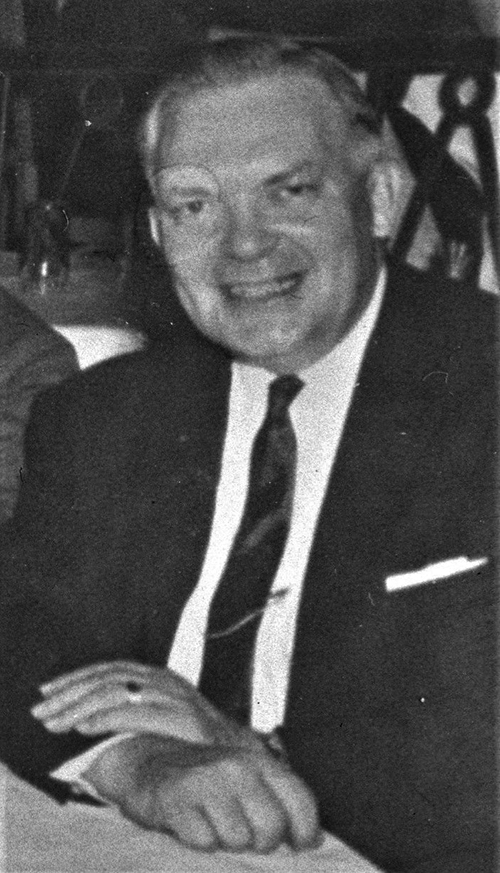 After the war, McCool formed the Office Supply & Equipment Company. Active in civic affairs, he prospered and gained a prominent position in the community. He dabbled in politics and became a member of the Young Democrats Club. The late Gov. Sid McMath appointed him to the board of trustees of the then Arkansas Agricultural, Mechanical & Normal College (AM&N), now the University of Arkansas at Pine Bluff.

McCool’s company manufactured equipment used by the state revenue department for car titles, certificates and registrations. He had to relinquish his position on the AM&N board when Chancellor Frank Dodge ruled that State Act 214 prohibited members of state boards from selling goods to the state. Arkansas paid McCool’s firm through the customary process of issuing warrants, which were similar to checks. In 1956, state officials discovered that someone had forged state warrants issued to his company. The three forgeries totaled more than $85,000. The stamped endorsements on the false warrants read, “For Deposit Only, Office Supply & Equipment Company.” W. A. Stone, president of the bank used by McCool’s company, said McCool withdrew $3,750 in cash. The bank held $20,000 pending an investigation. The rest of the money, according to Stone, appeared to have been used to pay off McCool’s financial obligations, including payroll checks to his employees. The state treasurer’s office found discrepancies in account numbers on the warrants, and a bookkeeping machine rejected them because they did not contain valid code perforations.

More damning evidence of forgery came from something McCool himself had done prior to the malfeasance. Visiting the auditor’s office, he requested blank warrants and asked how warrants were processed. He told the employees there that he was an honorary captain with the Arkansas State Police and needed the warrants to use in a confidential investigation “to uncover some crooks at the State Capitol.” Jefferson County Sheriff Harold Norton and Prosecutor Pat Mullis determined that the warrants were doctored in McCool’s place of business.

The Arkansas Gazette ran an article about the investigation, but reporters could not get a comment from McCool. His wife said he was away on a business trip. Around 9 o’clock that night, however, he returned home — exhausted, soaking wet and covered in blood. He was hospitalized under the care of his physician, who said McCool had suffered a gunshot wound to his left arm and bruises and lacerations to his head and face, injuries consistent with a severe beating. Prosecutor Mullis and Grant County Sheriff Vernon Hope served an arrest warrant at the hospital. The charges were forgery and uttering (intent to defraud). McCool’s attorney posted a $2,500 bail bond. Facing a sentence of five to 20 years in prison, McCool refused to speak to the police and would not reveal who had attacked him nor why.

With his reputation in ruin, the once-proud entrepreneur faced Circuit Judge Henry W. Smith on October 4, 1956. Blue-suited, with hands folded in front of him and eyes cast down, McCool pleaded guilty. His lawyer, Reginald A. Eilbott, Jr., spoke of McCool’s WWII naval combat record that had earned him five battle stars.

Judge Smith sentenced him to five years but allowed McCool 60 days to get his affairs in order. He never made a public statement, and the physical attack on him baffled the lawmen. On December 4, Deputy Sheriff Buck Oliver delivered McCool to Cummins Prison Farm. The following month, his business was listed for sale and placed in receivership. 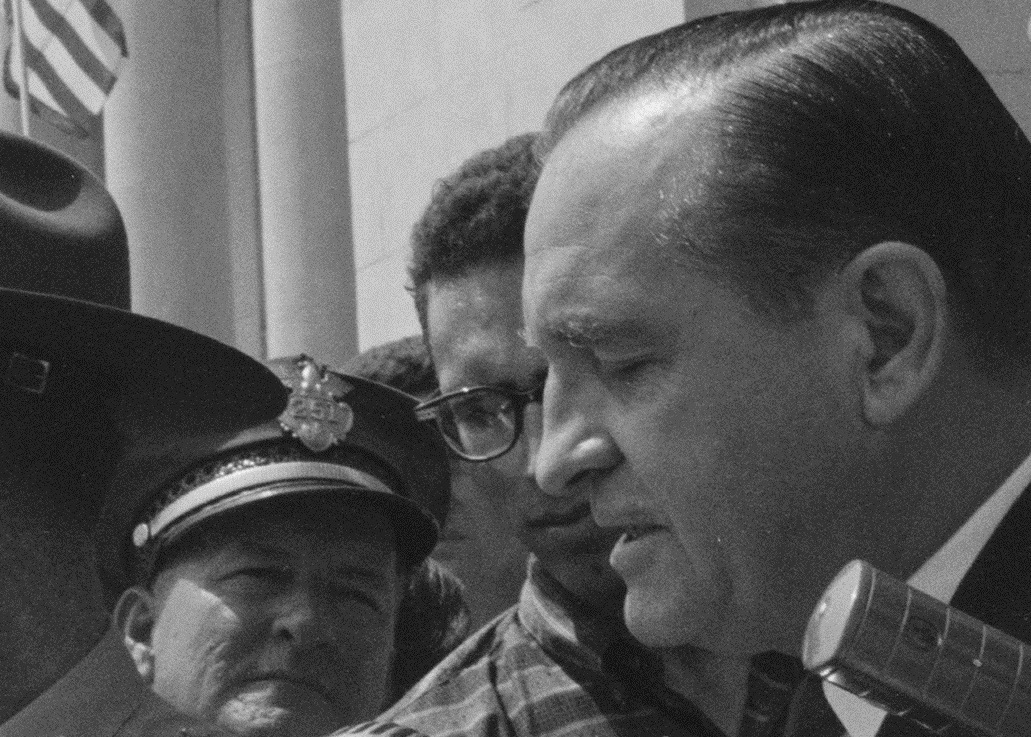 Having been a model inmate, McCool served fewer than two years before being paroled. He returned home to his wife and three children and settled in an older, unpretentious section of Pine Bluff. He tried to take up where he had left off, working as an agent for printing and business machines. Gov. Orval Faubus pardoned him in November 1960. With his citizenship rights restored, McCool once again went into business on his own.

“Of course, you never get over a thing like that,” said one of McCool’s old classmates. “But when he was pardoned and came back, he picked up life as best he could, and people who had known him all his life just accepted him for what he always was.”

Not everyone felt that way.

During a snowstorm on Monday night, January 8, 1962, McCool’s wife and his business partner, Dexter Young, reported to police that McCool was missing. The following morning, with snow still falling, Jefferson and Grant counties sheriffs’ departments and volunteers started searching area roads and highways with aerial support and the help of heavy forestry equipment from the International Paper Company. The search continued throughout the week. Then around 1 p.m. on Friday, Sheridan resident Wesley Hale went hunting, but instead of finding rabbits, discovered McCool’s frozen, dead body slumped in the front seat of his white 1960 Pontiac Bonneville. The car was parked in Hardin Cemetery a little over 2 miles east of town.

Grant County Coroner Russell Newby ruled the death a homicide. Someone had shot McCool seven times in the chest with a .45 caliber gun. The murder weapon was never found. Because the snow around the car was not disturbed, authorities believed the victim was killed sometime before Monday’s snowfall. The bullets that killed him had traveled through his body and lodged inside the car door, indicating the killer had sat in the passenger seat.

Though the Grant County sheriff had no suspects, he said, “We hope to come up with something soon.”

But that was not to be. McCool’s slaying was as puzzling as the mysterious beating and gunshot wound he had suffered just before his arrest for forgery six years earlier. Sheriff Hope said McCool might have been carrying a large sum of money, but robbery as a motive was just speculation, as were other theories that included a grudge killing, or even a mafia hit. Perhaps, it was related to the crime for which he had gone to prison, although Prosecutor Mullis said, “I have no evidence that anyone else was involved in the forgery.”

The murder of John Thurman McCool remains unsolved, a coda to a life that took many turns and held many secrets.