Murder Mystery: If Justice is a Lady 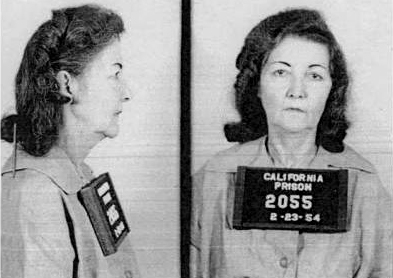 [dropcap]Shortly[/dropcap] after midnight Aug. 17, 1924, J.R. Green was shot to death as he walked home from the Little Rock railyard where he worked as a switchman. His murder went unsolved for several months … then his wife vanished. Detectives questioned the Greens’ son and daughter-in-law, Winona. At first, the couple denied any knowledge of the slaying or disappearance, but two days later, Winona confessed to both crimes. She said she had lured her mother-in-law to Oklahoma with the ruse of showing her some oil holdings. She took Mrs. Green to a secluded, wooded area and shot and buried her there. Specific directions from Winona eventually led authorities to the body.

Winona Green was born Winnie Ola Spriggs in Blue Mountain, Ark., on Oct. 21, 1900. She spent her formative years in Oklahoma and married L. R. Green in Oklahoma City in 1922. Her husband divorced her after she was convicted and sentenced to life imprisonment for murdering his father. Paroled in 1931, she soon went back to the penitentiary for check forgery. Over the next decade she was in and out of prison several times and was married and divorced again. By 1953 she was married to her third husband, Jim Freeman, and living near Salinas, Calif., where she managed an apartment complex.

Winnie won the confidence of a 78-year-old tenant named Harold Jonassen who had few friends but a big bank account. Falling back into her old habits, Winnie forged Jonassen’s name on checks made out to her. Fearing that he had become suspicious of her wrongdoing, Winnie drove Jonassen to a desolate location, shot him to death, and hid his body under some bushes.

An investigation into Jonassen’s disappearance led detectives to Winnie and her prior criminal record, so she was taken in for questioning. During a polygraph exam, she broke down and confessed to killing Jonassen. Her trial drew big crowds and plenty of reporters who dubbed Winnie the “Cat Woman,” after it was discovered that she owned about 30 felines.

When news of her trial reached Ottawa County, Okla., the sheriff there notified Salinas police that he had a warrant charging Winnie with the murder of Robert Sheldon Wilkinson, a rich war veteran whose body was found weighted down in Grand Lake near Miami, Oklahoma. Winnie had not searched Wilkinson well enough. When she read about the $1,841 that authorities discovered in Wilkinson’s money belt, witnesses heard her exclaim, “So that’s where he kept the ****ing money!”

After the jury convicted Winnie and gave her life in prison, the judge said, “She should never be admitted to parole until she is at least in such a weakened condition that she cannot hold a gun.”

When she died Oct. 30, 1974, the Arkansas Gazette reported that Winnie had passed away in a nursing home. She may have died of natural causes, but two other Arkansas women convicted of murder weren’t as lucky.

[dropcap]In[/dropcap] 1845, Lavinia Burnett became the first woman to be executed in Arkansas. She and husband Crawford Burnett, and their son, John, were accused of murdering Jonathan Selby, a Fayetteville resident who was rumored to keep a large sum of money in his house. Lavinia and Crawford were tried straightaway, but John fled. The main witness against the Burnetts was Crawford and Lavinia’s daughter, 15-year-old Minerva, who testified that her parents and her brother had planned the murder and that John was the one who actually committed the deed. Crawford and Lavinia were convicted and sentenced to hang, even though many people believed they were innocent. Gossip circulated that Minerva had lied out of revenge, but revenge for what is not known. On Nov. 8, 1845, the condemned couple ascended Gallows Hill where the executions were carried out. Nearly every citizen of Washington County attended the event. Within days, John Burnett was captured in Missouri, and on Dec. 26, 1845, he followed the same path his parents had taken to eternity. 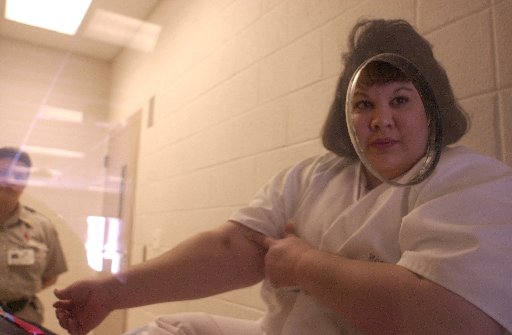 [dropcap]Arkansas[/dropcap] didn’t execute another woman for 155 years. Not until Christina Marie Riggs, of Sherwood, murdered her two children; 5-year-old Justin and 2-year-old Shelby Alexis. She gave them the antidepressant Elavil to make them sleepy and then injected Justin with undiluted potassium chloride. Though she was a licensed practical nurse, Riggs didn’t know the potassium chloride should have been administered in a diluted form in order for it to be painless. Her son began to scream in agony, so she gave him morphine, and when he became quiet, she smothered him with a pillow. She then smothered her daughter. Afterwards, Riggs wrote a suicide note and proceeded to take 28 Elavil tablets and injected herself with the potassium chloride. Before the drugs had time to stop her heart, though, Riggs’ mother arrived on the scene. The children were already dead, but Christina survived and was charged with two counts of murder.

Despite her lawyer’s attempt to save her with an insanity defense that cited her depression and suicide attempt, Riggs asked for the death penalty and got it. She allowed one unsuccessful appeal on her behalf but declined any more. Some capital punishment opponents thought the state was acting as an assistant to suicide. Nevertheless, on May 2, 2000, Riggs was executed by lethal injection. Ironically, one of the three drugs administered during the execution was potassium chloride, the same drug she had used on Justin and herself.

Two years after the Riggs execution, a Texas jury sentenced Andrea Yates to life in prison for killing her five children, but on appeal, her postpartum depression was recognized as a legitimate form of the insanity plea, and she was hospitalized in a mental institution.

In 1972, the U.S. Supreme Court ruled the death penalty unconstitutional, due to the arbitrary and capricious way in which it was imposed. Thirty-five states, including Arkansas, rewrote their laws and reinstated capital punishment. Christina Riggs has been the only female executed in Arkansas since Lavinia Burnett. Will she be the last?