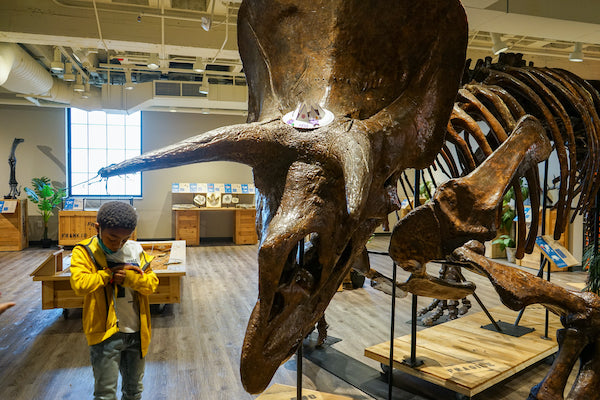 Museum of Discovery has once again been nominated for the best children’s museum in the USA Today “10Best Readers’ Choice Award” poll, marking its third consecutive year on the ballot.

Public voting determines which of the 20 museums will make the 10Best list. Museum of Discovery was voted the sixth best children’s museum in the United States in both 2020 and 2021.

A panel of experts including editors from USA Today and 10Best.com, expert contributors and media sources chose nominees. Museum of Discovery was also named sixth-best science museum in the U.S. in 2013 by a board of educators and scientists of MENSA, the largest and oldest high IQ society.

According to Kelley Bass, CEO of Museum of Discovery, these honors exemplify why the science center is a resource to the community.

“All of us at the Museum of Discovery are honored to again be nominated for this prestigious award,” Bass says. “As we celebrate our 95th anniversary and look forward to an even brighter future with our plans to have all new exhibits designed and installed in four of our five galleries, we are very proud of where we have been and where we are going. We greatly appreciate the consistent support of the public across Arkansas and beyond.”

The public can vote daily here until 10:59 CT on March 14. For more information about the Museum of Discovery, visit its website.