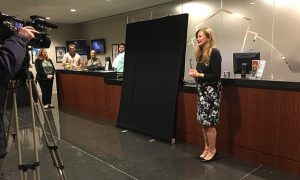 Get ready to head to the theater! Celebrity Attractions has released their 2019-2020 Broadway Season for the Robinson Center!
“One of the things we learned about from Larry (Payton, founder of Celebrity Attractions) is how to balance the shows,” says Deana McCormack, Celebrity Attractions’ marketing director. “We have a variety of people come see shows here in the theater that we want to appeal.”
The season will kick off with Jimmy Buffett’s Escape to Margaritaville. Subscription dates start November 1, 2019 and run through November 3. This musical will feature some of Jimmy Buffett’s classic songs as well as new pieces.
“It’s full of fun and will make you want to knock your flip flops off and is filled with all of your favorite Jimmy Buffett hits and a whole bunch of brand new songs,” says McCormack. “It’s a great, fun show.”
The second show for the season will be the Broadway sensation Wicked bringing the land of Oz back to Little Rock. 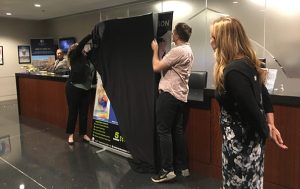 “It has been here twice before. Once in 2010 and again in 2013. It’s been over 6 years since it’s been here,” says McCormack. “When (Celebrity Attractions) saw how the Robinson Center made such a great home for the show and how successful it was they wanted to bring the beautiful witches back to Little Rock.”
Shows for Wicked starts January 1, 2020 and will run through January 19.
The new hit musical Waitress will be the third show for the upcoming season featuring original music and lyrics from Grammy nominee Sara Bareilles. The Chicago Tribune calls it “an empowering musical of the highest order!” Subscription dates for the show are from February 21, 2020 and run till February 23.
Broadway and London’s award-winning comedy, The Play That Goes Wrong, is lined up to be the fourth show of the 2019-2020 season. The Huffington Post calls it “The funniest play Broadway has ever seen.”
“It is a Tony winner for Best Play on Broadway. It is absolutely hilarious and appeals to your whole family. You will laugh the entire time,” says McCormack. “We usually don’t have a straight play during the season but we think everybody will have a great time.” 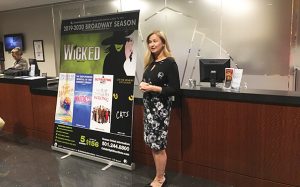 Subscription dates for The Play That Goes Wrong are from March 28, 2019 to March 29.
The record-breaking musical CATS by Andrew Lloyd Webber is coming to the Robinson as the fifth and final production for the season.
“The reviews are spectacular,” says McCormack. “It is a fantastic show for the whole family.”
This show will feature an all new lighting design from Natasha Katz, new sound design from Mick Potter, and new choreography from Andy Blankenbuehler of Hamilton fame.
Subscription dates for the show run from June 5, 2020 to June 7.
Visit www.CelebrityAttractions.com to purchase your tickets!
READ MORE: Arkansas Homegrown Companies