Musing on Museums: A Dozen Arkansas Museums You Won’t Want to Miss

By Joe David Rice | Photos courtesy of the museums featured

If Wikipedia is to be believed (and that’s probably a topic for another column), we can claim 163 museums — or, on average, a little more than two museums for each of Arkansas’ 75 counties. Looking at it another way, it’d take slightly more than three years if a person attempted to visit a different Natural State museum every weekend.
Highlighting an intriguing range of topics, these collections document nearly every aspect of Arkansas’ history and culture: air guns, art, country doctors, audio technology, wine, trains, planes, cars, agriculture and military conflicts, among others. The contents and significance of several — including the Crystal Bridges Museum of American Art and the Arkansas Arts Center — stretch well beyond our borders. Crystal Bridges (crystalbridges.org), of course, is Alice Walton’s amazing gift to Arkansas and is equal to any museum in the country. And when the Arkansas Arts Center (arkansasartscenter.org) reopens its complex in 2022 following a $100 million makeover, it will be the showplace of Central Arkansas.
Listed below, in no particular order, are a dozen of my favorites that are often overshadowed by their larger cousins. Please note that admission fees are collected at some and many are closed one day a week; check the websites for complete details.
We’ll start with one of the state’s more unusual attractions, the Gangster Museum (tgmoa.com) in downtown Hot Springs at 510 Central Avenue. Back in the 1920s and 30s, many of America’s most notorious mobsters — characters such as Lucky Luciano, Meyer Lansky, Frank Costello and Al Capone — regularly visited the Spa City with impunity to enjoy the mineral baths, open gambling and other readily available amenities. Now entering its second decade of operation, the Gangster Museum fully captures the personalities and flavor of that remarkable era in an entertaining series of galleries. 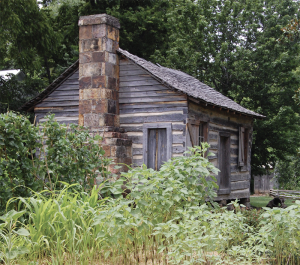 Anyone interested in learning more about the hill country of Northwest Arkansas must visit the Shiloh Museum of Ozark History (shilohmuseum.org) in downtown Springdale (118 W. Johnson Street). Established more than half a century ago, the ever-expanding collection includes outstanding permanent exhibits (make sure to see the one on “Ozark Folklife”), frequently changing temporary displays and six historic buildings on the grounds.

One of only three such museums in the world and the single example in the Americas, the Esse Purse Museum (essepursemuseum.com) celebrates the evolving role of 20th century American women, decade by decade, via the stories told by handbags and their contents. Opened by Anita Davis in 2013 in Little Rock’s SOMA District (1510 Main Street), Esse grew from a traveling exhibition chosen from Davis’ extensive personal collection. Let me quickly assure any skeptical men that Esse is definitely worth a visit. Visitors looking for retail therapy will find a nicely stocked gift shop offering free domestic shipping on all purchases.
Among Arkansas’ real treasures is Hampson Archeological Museum State Park (arkansasstateparks.com/parks/hampson-archeological-museum-state-park), found up in the state’s northeastern corner in the hip town of Wilson. With this world-class collection of Native American artifacts dating from 1400 to 1650 now housed in a brand-new structure, visitors can readily grasp the fascinating story of the aboriginal farmers who lived in a complex community a short distance away. Located on the north side of Wilson’s picturesque town square and seven miles off Interstate 55, the museum proudly displays some of the finest effigy pots ever discovered. 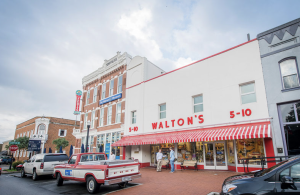 Artifacts of a far different sort can be seen in downtown Bentonville (105 N. Main Street) at the Walmart Museum (walmartmuseum.com). Chronicling the rise of Sam Walton’s retail empire, this popular exhibition is housed in Walton’s original 5 & 10 store on the historic square. Rich in displays, it even includes Mr. Sam’s trusty Ford F150 pickup truck. The handsome gift shop features a soda fountain!

Some 325 miles south of Bentonville in L.A. (Lower Arkansas) is the Arkansas Museum of Natural Resources (amnr.org). Nicely situated in the oil boom country between Smackover and El Dorado on Arkansas’ Scenic Highway 7, this state park pays special attention to the pioneers who participated in the glory days of the 1920s when the precious “black gold” was first discovered. Original derricks and other oilfield equipment can be viewed on the grounds. 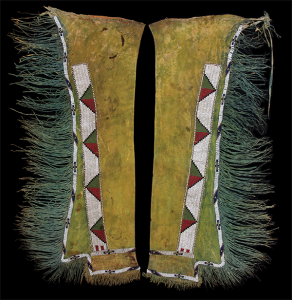 With nearly 90 percent of the reviewers at TripAdvisor giving it an “Excellent” score, the Museum of Native American History (monah.us) is easily among the top-rated attractions in Arkansas. Located in a modern structure at 202 SW O Street in Bentonville, the museum houses more than 10,000 of the finest Native American artifacts to be seen anywhere. David Bogle, a Bentonville native (and a registered member of the Cherokee Nation), opened the current facility a decade ago.
Kids are especially drawn to the 10,000-year-old Crowley’s Ridge mastodon, which stands tall in the Arkansas State University Museum (astate.edu) on the campus in Jonesboro (320 University Loop). The 21,000 square feet of exhibit space also features a “hands-on” experience related to the New Madrid earthquakes, a fine Native American gallery and an “Old Town Arkansas” collection.

Perched atop Petit Jean Mountain on Arkansas Highway 154 just an hour or so west of Little Rock is the Museum of Automobiles (museumofautos.com). Established by Winthrop Rockefeller in 1964, the impressive collection includes the late governor’s 1951 and 1967 Cadillacs along with the only known existing Climber, a 1923 automobile produced in Little Rock. Schedule your visit during Father’s Day weekend, and you’ll see dozens of classic vehicles at the annual car show and swap meet.
About an hour southeast of Little Rock in Pine Bluff is the Arkansas Railroad Museum (arkansasrailroadmuseum.org). Its home is in the Old Cotton Belt Shops on the northeast side of downtown (1700 Port Road). All sorts of railroad memorabilia and model trains are displayed, but the key attraction is Engine 819, a huge steam locomotive built in this structure in 1942. Nearly 100-feet long and weighing well over 200 tons with six-foot wheels, the locomotive is, in a word, awesome.
Another worthy southeast Arkansas attraction is the World War II Japanese-American Internment Museum (mcgeheechamber.com). Occupying the historic railroad depot in downtown McGehee (100 S. Railroad Street), the interpretive exhibits examine the history of Rohwer and Jerome, two nearby communities where the federal government housed more than 17,000 Japanese Americans in internment camps during the 1940s. President Franklin Roosevelt’s executive order forced the removal of these American citizens from their homes along the country’s west coast, relocating them by train to rural Arkansas. It’s a poignant reminder of the challenges of government and citizenship. 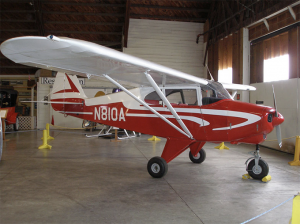 Last, but certainly not least on my list is the Arkansas Air & Military Museum (arkansasairandmilitary.com). Housed in a historic aircraft hanger at Fayetteville’s Drake Field (south of town on US Highway 71), the collection tracks the state’s colorful aviation history with a splendid assortment of vintage aircraft and other memorabilia. What makes this museum particularly special to me is that my grandfather, the late Elmer Powers of Fayetteville, helped build the massive wooden hanger during World War II. It was used as a base to train aviators before their foreign postings during this terrible conflict.
To sum up, learn more about the “fabric” of this captivating place we call Arkansas by spending time in the state’s incredible array of museums. And take a kid with you!