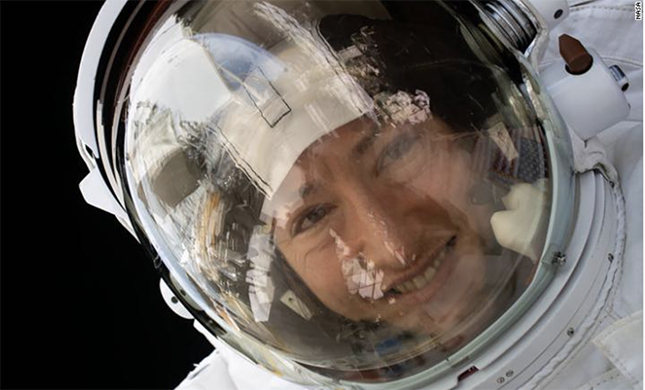 A NASA astronaut has returned to Earth after a record-shattering stay in orbit.

Christina Koch has set the record for the longest spaceflight by a woman, staying in orbit for 328 days. After almost 11 months in space, Koch, along with Commander Luca Parmitano of the European Space Agency and Alexander Skvortsov from Roscosmos, the Russian space agency, dropped down in Kazakhstan on Thursday, Feb. 6.

During her time in space, Koch also participated in the first all-female spacewalk. In October, she and astronaut Jessica Meir ventured outside the station to replace a failed power control unit.

Koch performed six total spacewalks during her time in orbit. In total, she spent 42 hours and 15 minutes outside of the station.