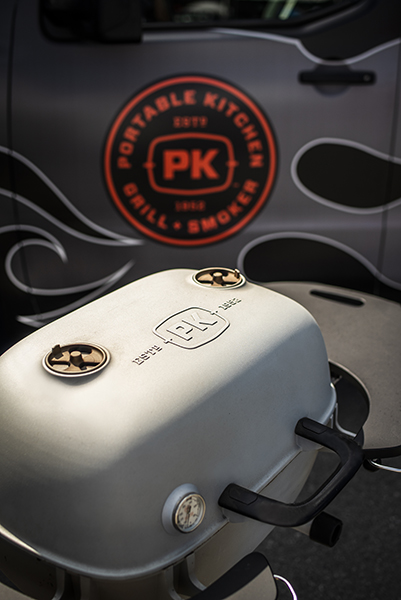 by Tristan Bennett | Photography by Jamison Mosley and Meredith Mashburn

Summer is here and nothing rings in the season like grilling and ice cream. July is National Grilling and National Ice Cream months, and a few companies based in Arkansas want to help you celebrate.

PK Grills has been a staple in summer barbeques for decades. The classic design, prided on being easily portable, took a short hiatus when Regal Ware bought it in 1984 but stopped production to fill the manufacturing needs of Walmart. Arkansan Paul James brought back the beloved grill and updated the design to propel it into the 21st century. “If you’re talking about the resurgence of the grill, that has been going on for the past five years when my partners and I got involved,” says Scott Moody, PK Grills co-owner and chief marketing officer. 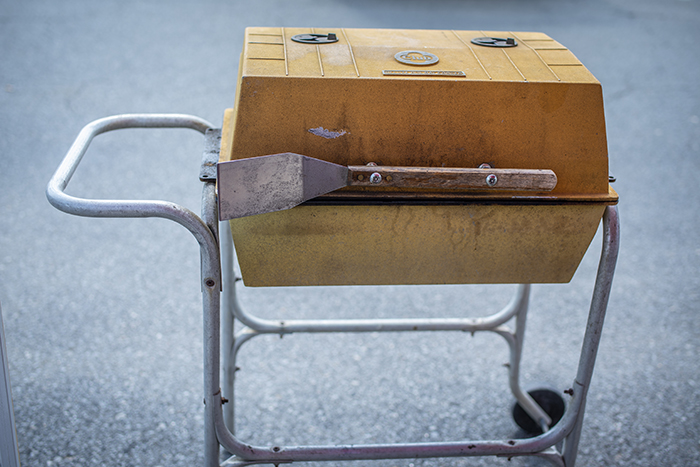 A prototype of one of PK Grill’s earliest models.

The classic design has undergone a few optional updates; you can now purchase the PKGO, an even more portable version, and the PKTX that makes folding and transport easy. The PK360 is a more modern version of the classic, according to Moody. It is taller, features a larger cooking surface and heat resistant shelves.

PK Grills has grown to 10 times the size of where it started five years ago, and Moody is hoping to expand even more. “Growth is changing everything,” Moody says, “Our goal is to make PK Grills into a large national company.” 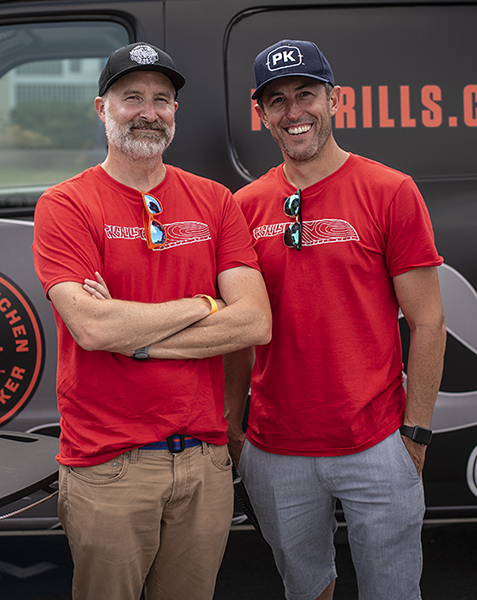 PK Grills co-owner and chief marketing officer, Scott Moody, on the left. President and CEO, Brian Taylor, on the right.

They are also expanding into more aspects of outdoor cooking, launching the Fire & Smoke Society that produces everything from charcoal to spices and rubs.

“We want to be a grilling company, not just a grill company,” Moody says. 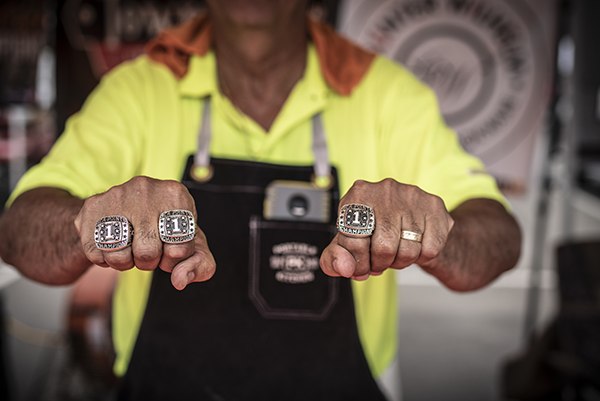 Another Arkansas essential at summer get-togethers is Yarnell’s Ice Cream. Headquartered in Searcy, Yarnell’s Ice Cream Company has operated under four generations of Yarnells since 1932. However, the company was forced to file bankruptcy in 2011 and was purchased in 2012 by Chicago-based snack manufacturer Schultze and Burch Biscuit Co. Recognizing the importance of tradition, Schultze and Burch decided to use the original recipes, and to keep the company headquarters in Arkansas.

Yarnell’s classic flavors like French Vanilla, Rocky Road and Death by Chocolate as well as summer seasonal specials like Peaches N’ Cream and Strawberry Cheesecake have most likely been in every freezer in Arkansas. Along with ice cream, the company also makes frozen yogurt, ice cream bars and specialty Arkansas Razorback flavors, including Woo Pig Chewy and RazorTracks.

Looking for a family outing or a great date spot? Check out Little Rock’s own Loblolly Creamery. Located on South Main Street, Loblolly – a name which stems from our state tree, the loblolly pine – prides itself on its small batch ice cream, sodas and other sweets, like macarons and ice cream cakes. 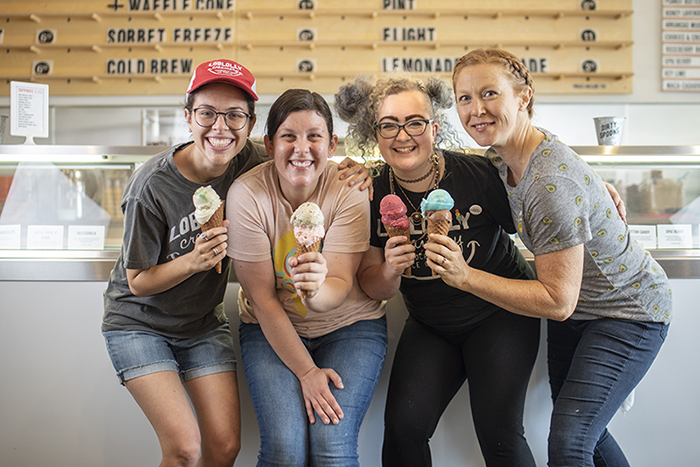 Sally Mengel, co-founder of Loblolly Creamery, says the company originally started at the Green Corner Store. She wanted fresh ingredients in her ice cream but couldn’t find that close to home, so she started making it herself. From there, the company grew.

“I just kept saying ‘yes’, and I realized I was making ice cream as a business,” Mengel says.

Supporting the local community is important to the creamery, so they partner with farmers and craft food providers from Arkansas to ensure that every scoop is made with fresh, locally sourced ingredients. There are always 30 flavors to choose from, eight of which are vegan and nondairy. 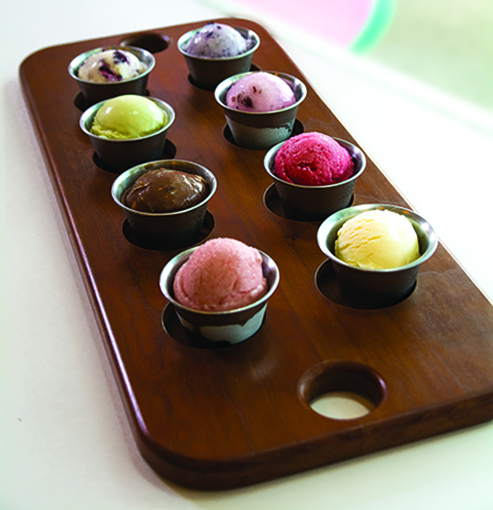 A sample board at Loblolly Creamery.

The creamery has been expanding in recent years with the addition of a delivery truck and satellite stores. Now, Loblolly ice cream may be found all over the state. It also has its own food truck that can be booked for weddings, birthday parties, church and school events and so many more.

As for the future of Loblolly Creamery, Mengel says, “We kind of just go with the flow.”

There is no definite plan, but she says she would like to explore some “fun and wacky flavors” and expand customer base.

The idea came to the couple after travelling to Savannah and New York City. 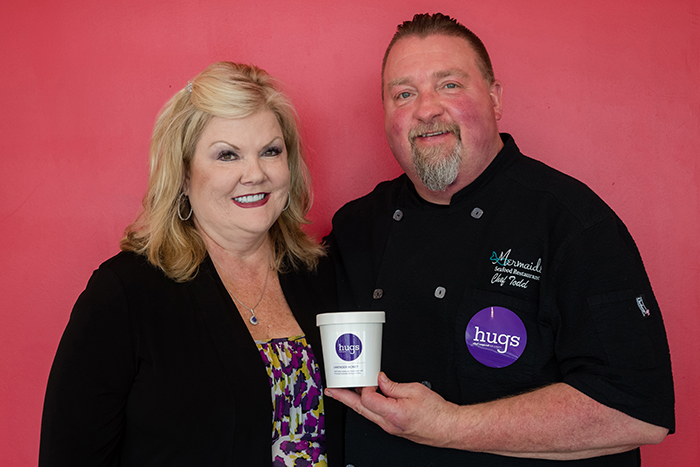 “We really like ice cream, and we thought we should do what some of these New York City ice cream places are doing,” Todd Golden says.

With his chef skills and an extensive palette, the Goldens decided they could make something even better than those New York shops.

Nickki Golden says they get a lot of questions about the name. When collaborating on it, they thought of things that bring people joy. 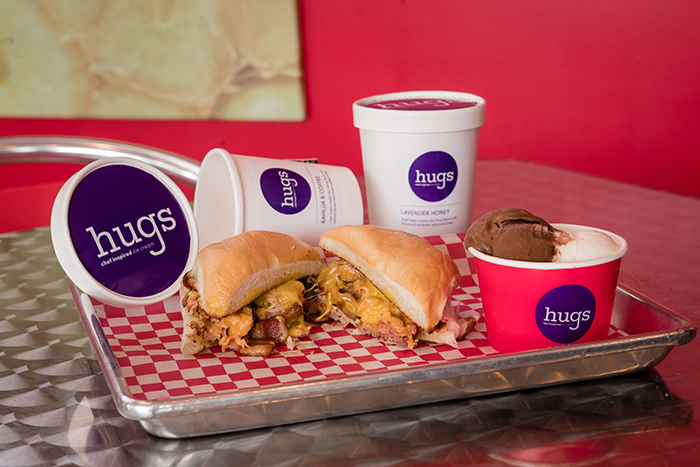 As for what comes next for Hugs, the Goldens say they want to stay local. There are not many places for gourmet ice cream in Northwest Arkansas, so they may look into expanding into Bentonville and possibly Little Rock. Eventually, they will roll out seasonal flavors but want to make sure their originals, such as blueberry cheesecake, cookies & cream and lavender honey, are finely-tuned before expanding.

The folks at PK Grills have shared four grilling recipes to enjoy with friends and loved ones this summer.

In a large zip lock bag, marinate 4 chicken breasts (bone in or out) in your favorite Italian dressing overnight; turn several times.

Put your charcoal on one half of the bottom of the PK Grill; leave the other side with no charcoal (indirect cooking).Put chicken on hot grill, brown both sides. Be careful not too brown it too much because it will make meat tough.

Move chicken to charcoal side and and open top vents with bottom vent open on fire side. Direct cook about 15-25 min. Use fork to check readiness. It is done when it flakes. Brush some barbecue sauce on the chicken and enjoy. Mmm-blondes have more fun.

• If using wooden skewers, soak them in water for at least 30 minutes

• Slice zucchini, squash, onion and peppers into similar sized pieces, ready to be threaded onto skewers.

• Open the bacon and cut the slices in half to form two shorter slices.

• Push vegetables onto the skewers, alternating with three of the short pieces of bacon per skewer. Thread each bacon slice multiple times to form twists which will char up nicely. Sprinkle assembled kebabs with salt & pepper.

• Light a chimney of charcoal and once coals are glowing, spread

over one side of the PK Grill. Allow the grill to heat approximately 10 minutes

• Start the kebabs on the non-coal (cool) side of the grill, turning occasionally, around 7 minutes.

• Move kebabs directly over coals, turning frequently. The bacon may cause a few flame flare ups, so you’ll need to watch that it doesn’t  burn.

• Once veggies and bacon have reached your desired level of doneness (remember, crisp bacon is way better than limp bacon!), take them off the PK Grill and enjoy!

1 lemon, zested and cut in half

• Place lemons halves, cut side down, and the asparagus on the PK

Grill over high heat. Cook asparagus until tender and prosciutto crisps, about 3-5 minutes per side. Cook lemon halves until lightly browned, about 2-3 minutes.

• Remove asparagus from the grill. Immediately squeeze the lemon halves over them, and sprinkle with lemon zest.