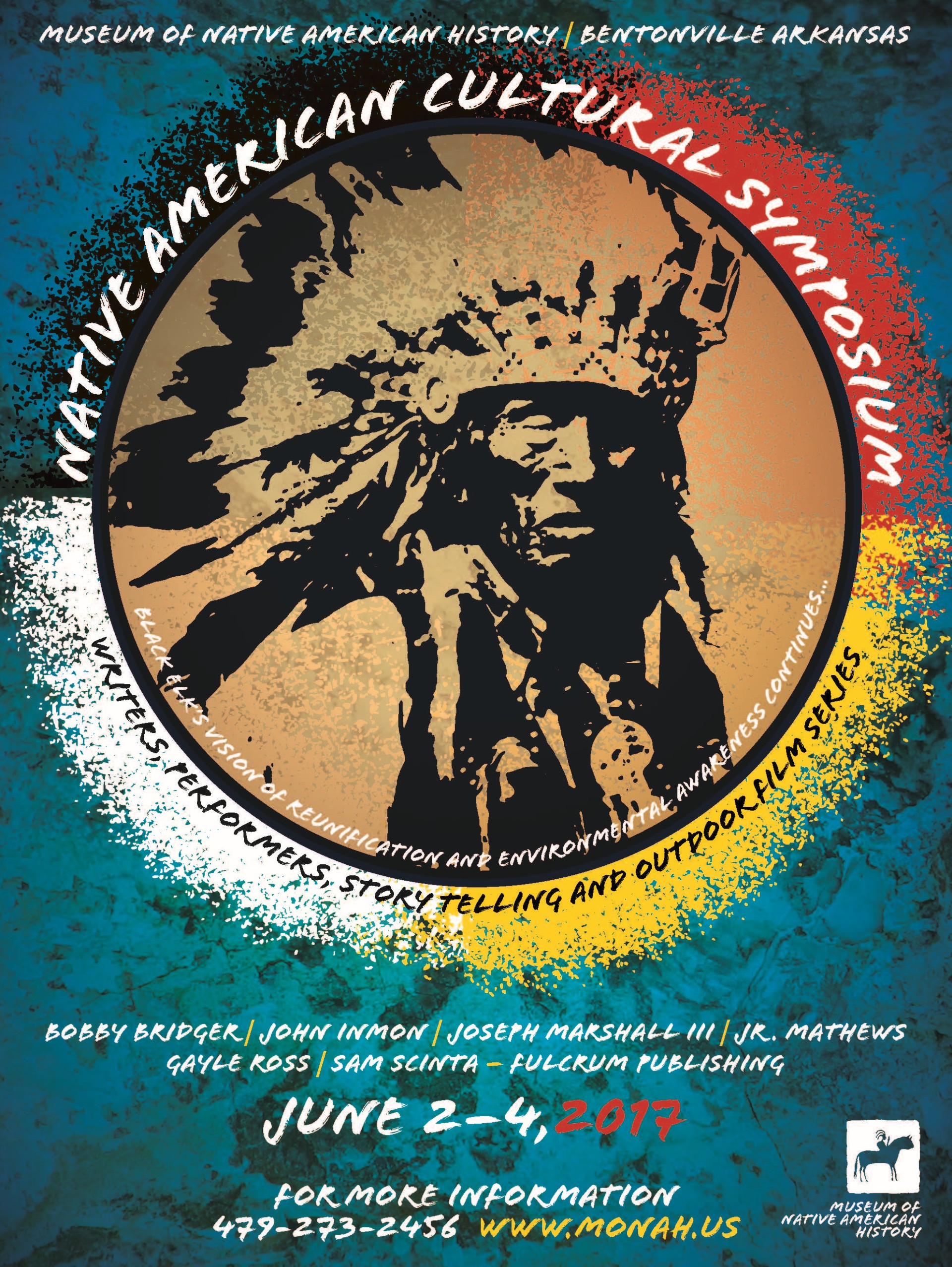 The Museum of Native American History in Bentonville will host its debut Native American Cultural Symposium and Outdoor Film Series on June 2 – 4 with the theme, “The Wisdom of Black Elk’s Reunification Prophecies and Environmental Awareness.”

The Symposium will feature noted speakers, authors, and performers, including:

The Symposium will also offer a writer’s workshop focused on indigenous writers, followed by a film workshop for youth hosted by Celia Xavier from Tribal TV. A “Prairie to Table” dining experience will be held on the lawn with food by Chef Justus Moll of Rivergrille Steakhouse benefiting Downtown Bentonville, Inc.

The Outdoor Film Series features a film on the museum’s lawn on three consecutive Saturday’s, the first showing during the Symposium. Playing on the big screen will be:

The rain date for the film series is Saturday, June 24. For the full schedule and time of symposium events, follow announcements on www.monah.us and the museum’s Facebook page, https://www.facebook.com/Museum-Of-Native-American-History, call 479-273-2456 or email monah202@gmail.com.