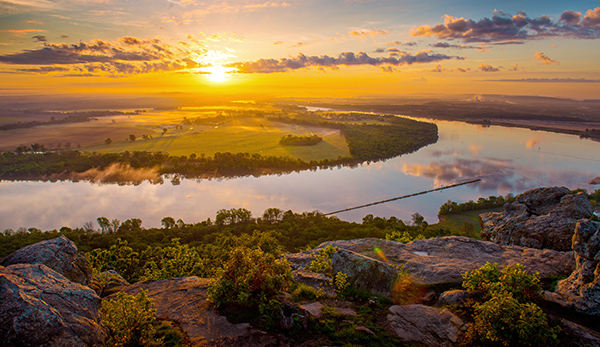 Excuse me — your inner child would like to have a word with you. Yes, it knows being an adult is hard work, but your subsequent fast-food binges, constant couching and 24/7 electronics are a downward slide — mentally, physically and emotionally. Every child knows the obvious solution: playtime! Mother Nature has your back with her Arkansas State Parks, playgrounds for all ages. “Been there, done that,” grumbles the adult that you are. Maybe yes, maybe no. You see, there are lots of things to do that you never imagined would be available in a state park. The adult in you wails, “Winter!” 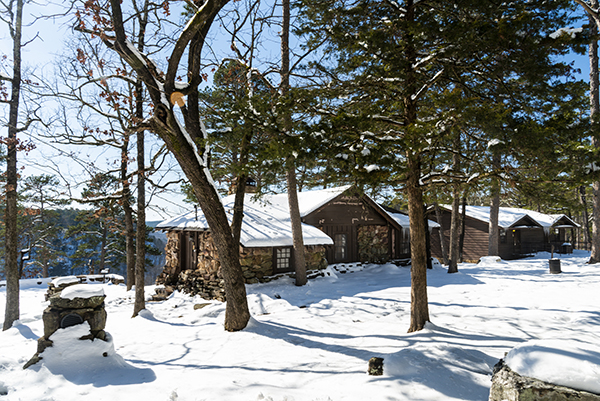 Cabins in the Snow at Petit Jean.

Yes, indeed, winter — trees bared for better views, fewer people and pests, cooler temps for the hotblooded types … perfect. One of the most fun activities doesn’t even require weaning from electronics. Basically, a treasure hunt, it’s called geocaching. Using a GPS or smartphone, coordinates are downloaded which tell you where every cache (rhymes with “stash”) is hidden. Generally, caches — i.e., containers — hold “treasure” for you to take and to replace, some sort of fun or interesting mini-items. 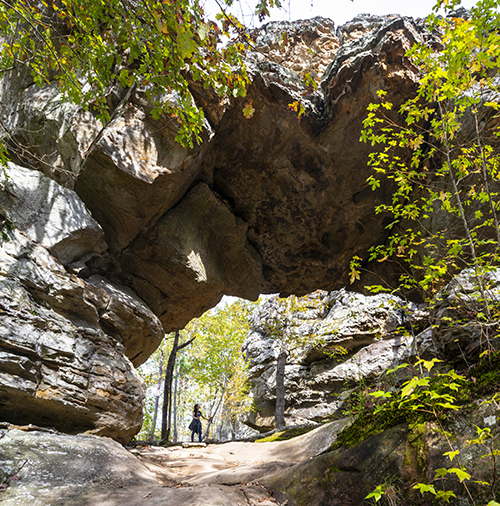 “When I became Secretary of the Arkansas Department of Parks, Heritage and Tourism, I set a goal to visit all 52 State Parks,” says Sec. Stacy Hurst.

Want to challenge yourself as well? Know that there is not only a cache in each park, but also a 53rd bonus cache out there too. Once found, document your cache officially and sure, go ahead — post to Instagram, Twitter, with a visual diary of your conquests. While you’re out and about geocaching, you can also try some other new things in the parks. 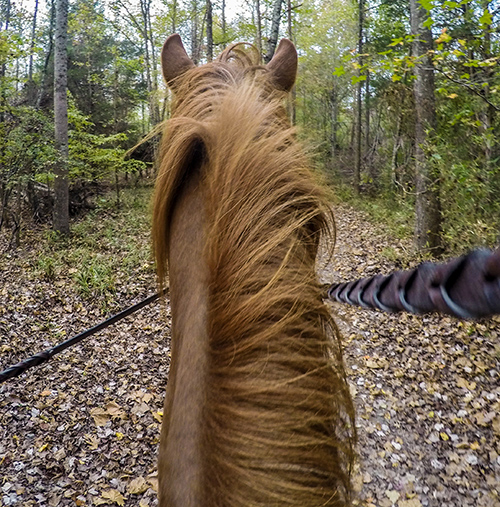 Okay, so what do postal workers and golfers have in common? Rain, sleet, snow, they’re out there. Golf aficionados, sometimes critiqued by a few Canadian geese, can be found at the well-regarded courses at DeGray Lake Resort State Park and Village Creek State Park. What you might not know is that both locations have the newest in town — Fling Golf. You might have seen this combination of golf and lacrosse on Shark Tank. Easier to learn than standard golf, players use a “fling stick” to toss the ball down the course and to then complete their putt. Long-term, it proves to be much less expensive than conventional golf. And it can be a fun way to introduce others to golf. Want to try? The parks will loan you the stick for your play, just pay the usual green fees. By the way, there are no entrance fees at the parks. 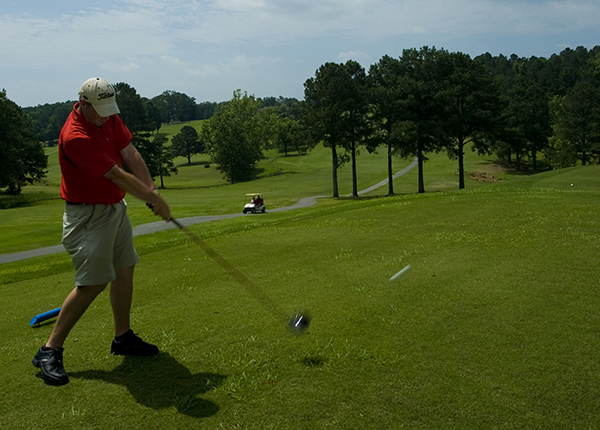 The other golf doesn’t require any fees, any sticks or clubs — just bring a frisbee. Yes, that’s the only equipment needed for disc golf, another great activity for the gym-averse. The frisbee was created by toy inventor “Steady” Ed Headrick, who enthusiastically said of his product, “What could possibly be better than walking through a beautiful park and throwing at trees, drinking fountains, open car windows and an occasional coed?” 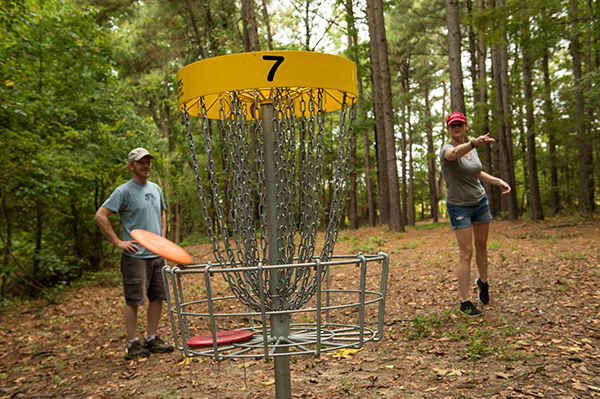 Take up a game of disc golf, visit a historic museum or just trek through nature with the whole family.

No doubt with the protection of coeds and wildlife in mind, DeGray set up its own disc golf course. “Steady” Ed didn’t have a hand in this, just Mother Nature and professional disc golf designer, Arkansan Matt Loyd. By the time you have finished, you will have been through forest, over rolling hills and streams as well as along the lake’s incredible shoreline, leaving calories behind with every “swing.” 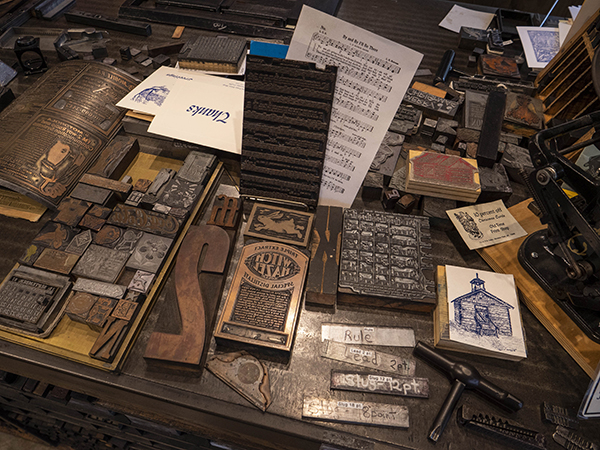 While you are out and about, don’t forget to look up, especially during a trip to the Ozark Folk Center. The National Geographic Adventure Magazine named Mountain View, the town in which the park is located, as one of its top 50 adventure towns. And how many state parks offer a high wire rope course? This one offers 30 challenges with varying difficulty levels. Give it your all on the Flying Pig Zipline, the Hotshot Freefall or the Planks Peak Climbing wall. 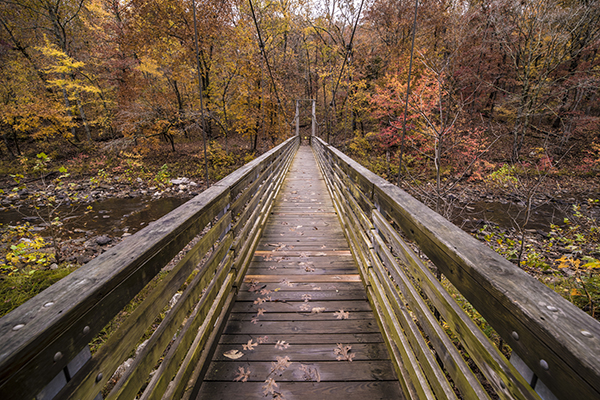 Serious wing watching is to be had at Mount Nebo as well as Mount Magazine, the state’s highest point. Each park offers launch sites and totally different views for certified hang gliders. Can’t glide? Just watching is an adrenaline rush. Birds, too, will be showing off their aerial skills. The state’s geography is unique in that it provides a rare corridor, a sort of interstate for winged creatures. Species that you would normally have to travel to see will be coming to you, multiple migrating species of hawks, falcons, ospreys and, yep, that was a vulture!

A notable visitor is the bald eagle, America’s national symbol. International birders, too, will be visitors, drawn to this bird’s known winter mecca. You will be in awe watching the eagles make a descent of up to 100 miles per hour as they go to pick up their fish dinner. With a wingspan that can go over 7 feet and distance vision almost four times that of a human, they are a formidable rival for fishermen and other birds alike.

No doubt, Arkansas birds — of which there are more than 400 species! — have long since learned who has the right-of-way in the skies. Pop quiz: What’s the Arkansas state bird? That would be the Northern Mockingbird, which not only has a repertoire of 200 calls, but also the ability to remember individuals. You might want to be nice if you plan to come back. They’ve been known to show some serious attitude.

Among all this macho is a rather gentle sort. At Mount Magazine, migrating butterflies can be seen using the same updrafts the gliders and eagles use to clear the mountains. To avoid the traffic jams, these creatures start passing through in late summer to early fall. On their way to their winter vacation in the Mexican mountains, they’ll pause to munch on the park’s wildflowers or stay together in its “tree hotels.” Tagged and released, some of these monarchs will later provide valuable information for conservationists. 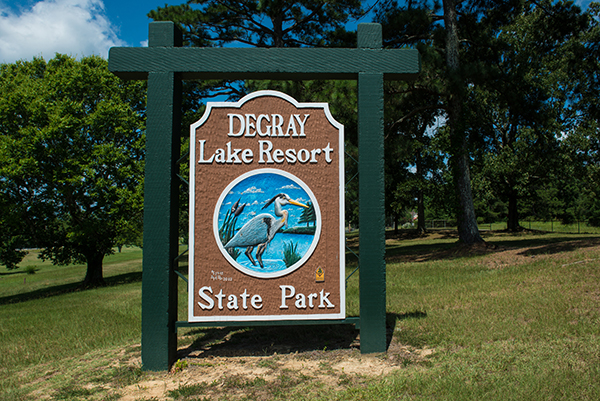 Rather jump in? Snorkeling and scuba diving are great at DeGray and the Cossatot River, as well as Lake Ouachita. At 40,000 acres, the latter is the state’s largest lake and one of the country’s most pristine. That allows exceptional viewing as you swim among multiple fish species, harmless jellyfish, sponges, rocks, plants and mussels. The word “Ouachita” loosely translated from its Native American origins means “big hunt.” You might want to launch your own hunt for the underwater memorial Fearless Rock. It’s a tribute to Hot Springs native and Navy Seal Adam Brown who lost his life in Afghanistan as a member of the Seal’s legendary Team Six. 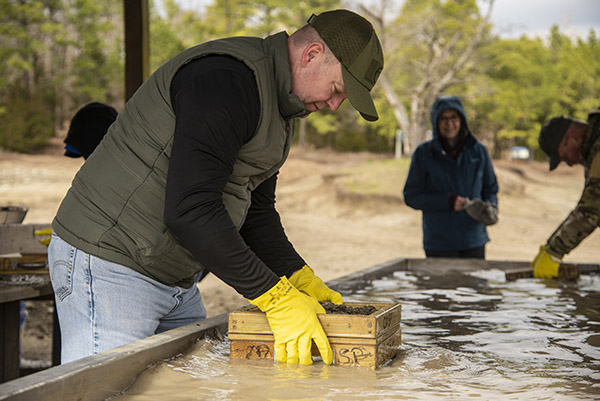 Your chosen hunt might be with trowels. The Crater of Diamonds State Park is literally Mother Nature’s jewelry box. She and the Arkansas State Parks system don’t mind sharing, meaning you can keep what you find. That might be white, brown and yellow diamonds, amethyst, jasper, agate as well as other crystals and minerals. Rains that come with winter and early spring make spotting easier in this more than 30-acre field. Hog farmer John Huddleston found the first gems. Spreading rock salt on what was then his field, he found some “rocks” of his own. He left plenty.  This past year, close to 300 diamonds alone were found. One former park diamond named the “Kahn Canary” has been spotted at two gubernatorial and one presidential inauguration, worn by one Mrs. Hillary Clinton. Kahn is an impressive 4.25 carats, but top dog status belongs to the “Uncle Sam” diamond — 40.23 carats. 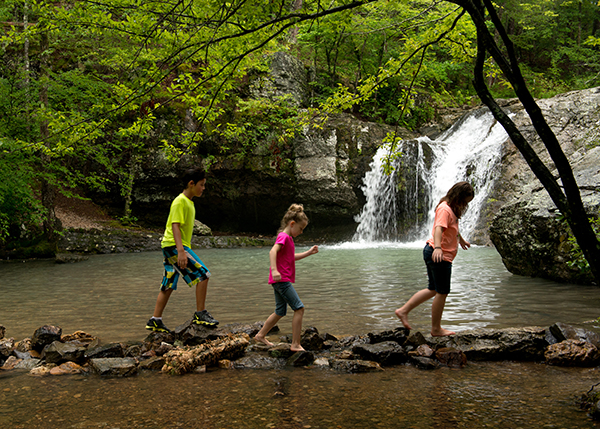 Speaking of dogs — yes, you can bring your leashed dog to any state park. Heck, for that matter, bring your horse. Various parks such as Crowley’s Ridge at Village Creek State Park, Devil’s Den State Park and Mount Magazine offer you miles of rides. Want to spend the night? Some of the state’s parks have special campgrounds for you and your horse to bed down under the stars. Seasonally, horses are available not only for rent but also for a guided tour at DeGray Lake Resort State Park, Lake Catherine State Park and Pinnacle Mountain State Park. 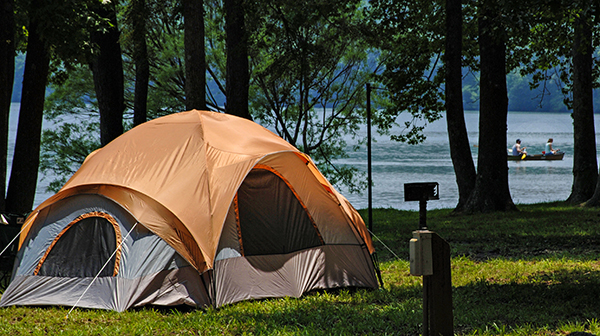 From the caves of Devil’s Den to the lodges of Mount Magazine and the diamonds and camp sites in between, Arkansas has a lot to offer.

Can you bring your tent to stay? Sure, but know you have options — including Yurts, the modern take-off of the nomadic tents used by the Mongolians. There’s also Camper Cabins, a lower-priced option to the standard cabins as well as the Rent-An-RV option available at several parks. Not feeling quite so outdoorsy? There are hotels available, including the Jailhouse Bed and Breakfast at the Washington State Park. Resident ghost and former inmate, Mr. Evans, might show himself for a harmless hello. 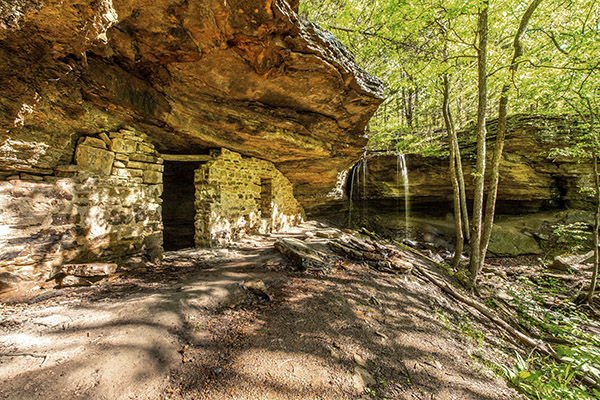 When Hurst says, “There is literally something for everyone at our Arkansas State Parks,” she is most certainly true to her word.

If you decide to challenge yourself with Hurst’s goal of visiting all 52 parks this year, then you’ll want to pick up the Arkansas State Parks Passport — the only passport you might be able to use this year. Get it at any park, then have it stamped as you go. Kids in tow? Expand their experiences exponentially by signing them up for the State Park Explorer Program. It’s designed for kids 6-14, but this is one place where fudging on your age is just fine. And know too that if you’d like, there is a whole team of highly trained and experienced Rangers and Interpreters who really do enjoy sharing their passion for Mother Nature with you. Not only do they offer guided tours of all sorts, but the parks teams are quite the event planners, constantly changing up classes and activities. Before you know it, you’ll be transformed — sparkly as a Crater diamond, fun as Fling Golf and soaring with the eagles. Your inner child is going to be so proud of you! 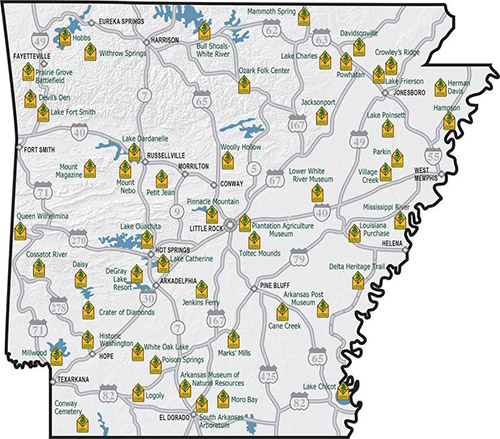