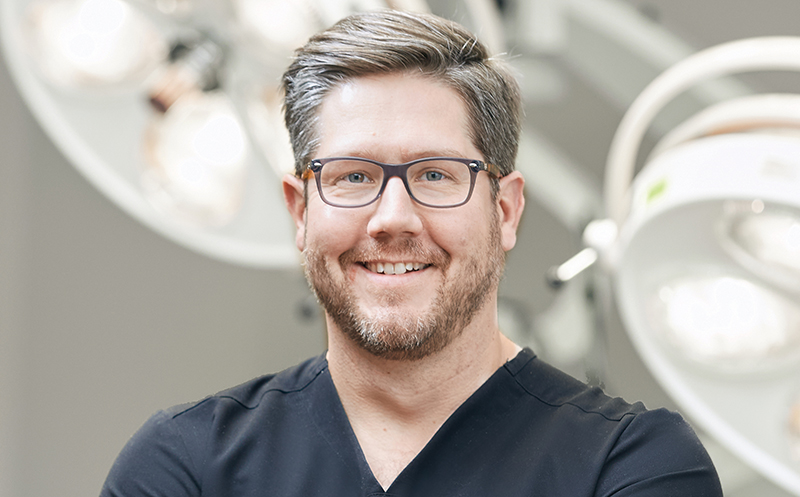 When it comes to aging, most people will agree gravity is not your friend. Over time, skin loses its elasticity and begins to sag — especially around the eye. That’s because the skin around the eye area is thinner than the skin on other parts of your body. This natural downward progression can often make people look prematurely older or tired and can restrict vision down the road. Hundreds of thousands of Americans undergo eyelid surgery — or blepharoplasty — each year as a way to give this area a lift.

If you’re thinking about undergoing blepharoplasty, there are a few things you might want to know first. AY About You consulted with McFarland Eye Care’s Byron Wilkes, MD, a board-certified ophthalmologist who is fellowship trained in oculofacial plastic surgery.

Blepharoplasty is a common surgery for repairing droopy or heavy eyelids, a condition that can impair vision and make you look older. The procedure often involves removing skin, muscle and fat from the upper and lower eye area. Some people seek out this procedure for cosmetic reasons; others need it for improving their field of vision. Another related condition is ptosis, a condition of a droopy eyelid that could be from a malpositioned muscle. This condition can occur in children or adults. 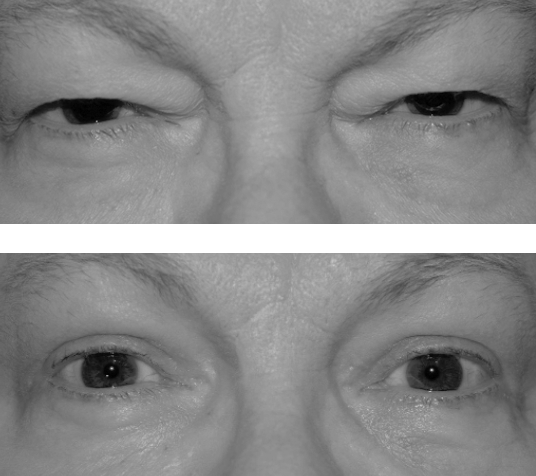 Can you bundle in an eyelift with other procedures?

According to Dr. Wilkes, blepharoplasty cannot be performed together with other surgeries that have contact directly with the eye — such as cataract surgery or LASIK eye surgery — because those types of procedures have higher risks for infection. However, you can have blepharoplasty done on both eyes, lower and upper all at once, or even in conjunction with other facial procedures like face-tightening, forehead lifts and brow lifts.

A forehead lift might seem like an odd pairing to eyelid surgery, but Wilkes says forehead lifts are a large portion of his practice.

“People sometimes underestimate the role of the forehead in the eyelid droop because a lot of people, when they look in the mirror, see a full eyelid and that’s what they focus on,” he says. “But when I’m in the clinic, I point out the fact that the forehead and the brow come down with gravity over time and add weight on top of the upper eyelid.”

Patients are often surprised by the effect when he first demonstrates lifting the forehead in his office.

According to Wilkes, about 20 percent of his patients come in for cosmetic reasons and 80 percent come for medical. Most of the people he treats are in their 60s and 70s. This age group is usually looking for functional blepharoplasty where the degree of fullness is affecting their vision. The other group of people, who are in their 40s and 50s, come in for cosmetic reasons. They’re wanting to look younger or prevent future issues with sagging skin that they might have seen in their parents and grandparents.

“They have a window to enjoy the cosmetic side of things instead of just waiting until later when it’s hurting their vision,” he notes.

What does the surgery involve?

From check-in to recovery time, the entire process can last anywhere from two-and-a-half to three hours. The patient is taken to a pre-op room where an IV is inserted. After the IV is put in, the person is moved to the operating room where they are given sedation through the IV. Once sedated, local anesthetic is used to numb the upper lid, lower lid or entire eye area. The patient breathes on his or her own the whole time and is blissfully unaware under anesthesia. In some cases, a surgeon will make an opening in the upper eyelid to find the small muscle that raises the eyelid and tighten it with stitches. The incision in the eyelid is then closed with more stitches. Sometimes, the surgeon can perform the operation without making an incision. In those cases, the eyelid is flipped, and the muscle is tightened from underneath.

“It’s a good experience for patients,” Wilkes says. “They wake up in the postoperative area thinking they’ve been there maybe 15 minutes, but really they’ve been there about 30 minutes. The surgery doesn’t take that long, but that’s counting prep time and recovery.”

Patients are asked to not eat or drink after midnight prior to surgery. 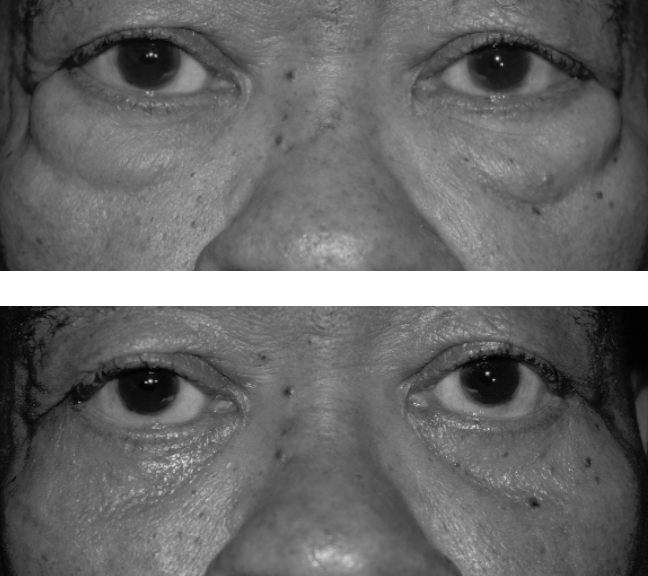 The good news is most people feel no pain, even after the anesthesia has worn off. Wilkes says he sends patients home with a “goodie bag” that contains care instructions, an ice pack, ointment and pain medication. About 90 percent of his patients tell him they didn’t need to take any pain medicine, and the other 10 percent usually only needed it on the first night. 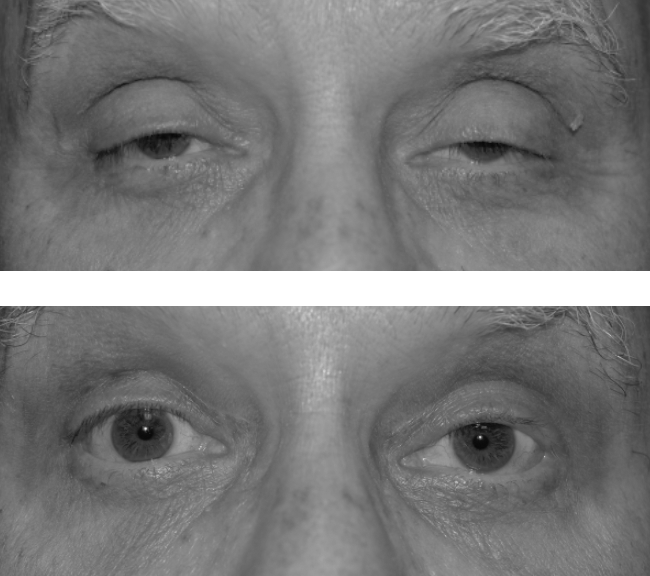 Are you a good candidate?

According to Wilkes, doctors should ask if you have any underlying medical conditions that would prevent you from healing well. If you have significant heart disease and are taking blood thinners, you may not be a candidate for this surgery. You’ll be required to stop taking blood thinners beforehand. Someone with significant dry eye would also want to be very cautious about this surgery, as well as a person who has a history of developing aggressive scar tissue.

Is it covered by insurance?

Yes and no. If a person has a mild or moderate case, the surgery is considered cosmetic, and insurance will not pay. If the person has a significant amount of skin that impairs vision — usually in cases of older people — then, insurance should cover at least a portion. 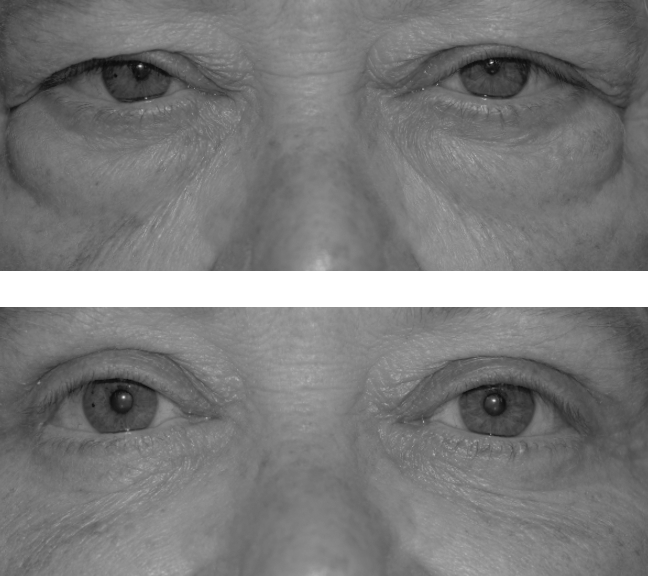 HOW COMMON IS EYELID SURGERY?

• Blepharoplasty is the second most popular cosmetic surgery procedure in the United States (after rhinoplasty).

• Eyelid surgery has ranked in the top five most popular plastic surgeries for the past decade.

• All over the world, this surgery is one of the most performed.

• Of the top 10 countries where plastic surgery is performed, Mexico is the only one that doesn’t list blepharoplasty in the top five.

• Eyelid reshaping is widely performed in Korea where it’s commonly referred to as double eyelid surgery.

READ MORE: To Save A Child: Children’s Advocacy Centers of Arkansas