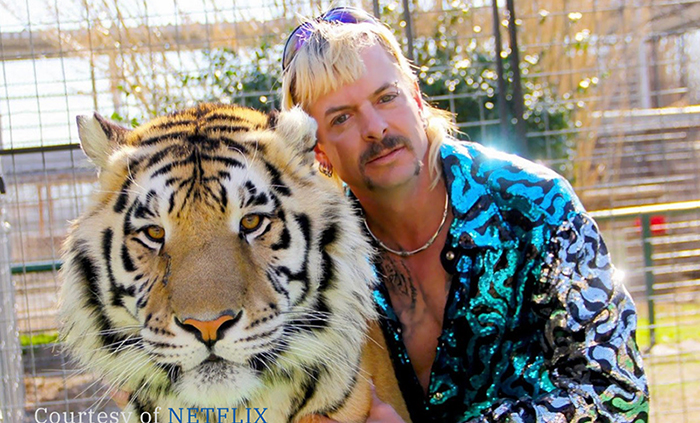 You know how social media chatter has been trying to find someone to blame for the spread of COVID-19. Well, we at AY About You think we have figured out who started the virus.

Netflix. Because why else would you have spent seven hours of your life trying to decide who’s the nuttiest among Joe Exotic, Carole Baskin and “Doc” Antel. And if you don’t know who these people are, you aren’t #socialdistancing properly. For the uninformed, Tiger King is dropping another episode next week.

The current owner of the now named Greater Wynnewood Exotic Animal Park (former G.W.. Zoo) in Oklahoma, Jeff Lowe, says in a cameo on Twitter that  “Netflix is adding one more episode. It will be on next week. They’re filming here tomorrow,” This is like hearing that there are lost episodes of Seinfeld or The Office.

Me. Ow. The band is getting back together.