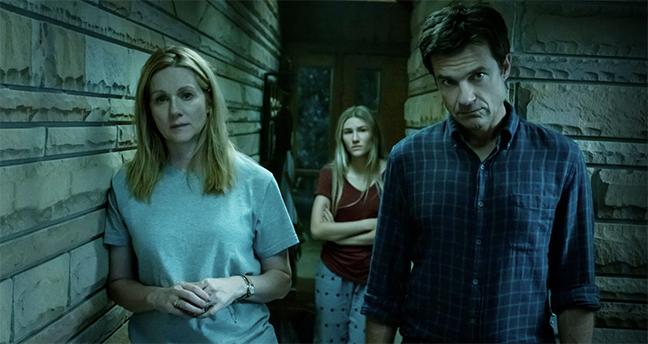 I gotta admit. I’m worried. I’m worried about the troubles that Wendy and Marty Byrde will delve into now that the news is out. A FINAL SEASON OF NETFLIX’S OZARK IS IN THE WORKS. Sorry to internet yell, but this is HUGE news. If you’re a fan, and if you aren’t go ahead and call your employer and ask off for tomorrow since you should be getting Friday off as it is, and start watching seasons 1, 2 and 3. Then breathe in a paper bag in a fetal position on the floor because that’s the only way you’ll be able to get through their harrowing life experiences. I don’t think anyone was ready for the finale in season 3. Am I right?

Netflix made the announcement yesterday with news about this “expanded fourth and final season.” What that means in streaming talk is there will be 14 episodes, but the network is classifying it as two seven-episode parts. I won’tn divulge any spoiler alerts if you haven’t signed on, but what are you waiting for? Thirty million people watched season 3 in March and April, during the height of pandemic-watching hysteria. And all it did was having us beg for season 4. We all walked away from that shocking final scene looking at our viewing companion asking, “There has to be another season, right?”

Well, there is. No date has been leaked as to WHEN this magic will happen. But trust us, it will happen. And we are all wondering if the “ewwww” moments will be repeated with Darlene and Wyatt. Please, no. That was almost as shocking as the final scene at Navarro’s home in Mexico.