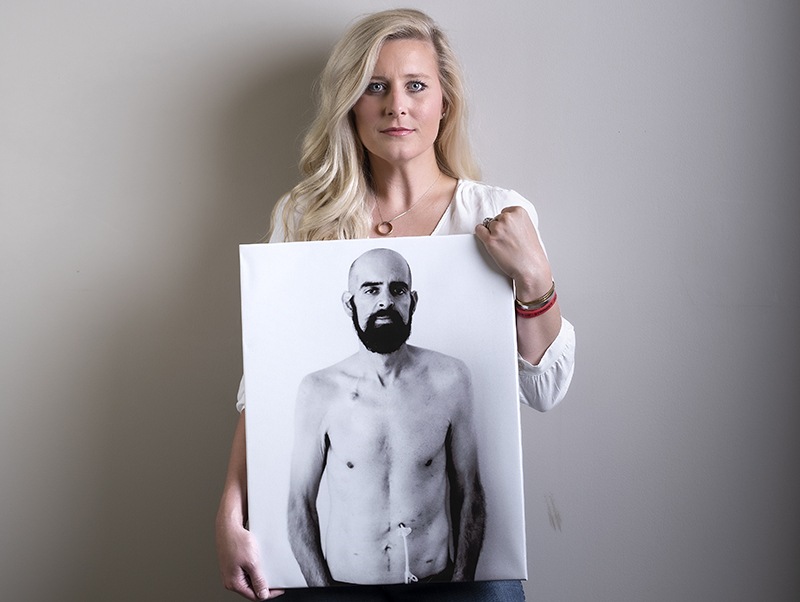 Lauren Coker Stringer made the short walk to the employee’s entrance at Arkansas Children’s, focusing on her steps, remembering to breathe.

She’d trained for this, of course, this calling to work the emergency department, considered by many the toughest of all nursing assignments. Already in her young career, she’d seen the frailties of the human body, felt both the adrenaline-infused urgency to save and the slow drip of time to heal. She developed ways to handle what the job brought her too, gates in the pipe of her emotions.

But this coming back was different, and even as she reported to her station, she didn’t know how she’d react. Would she freeze? Would she crack? The fear she’d danced with for days was coiled, hissing and cold, around her throat. 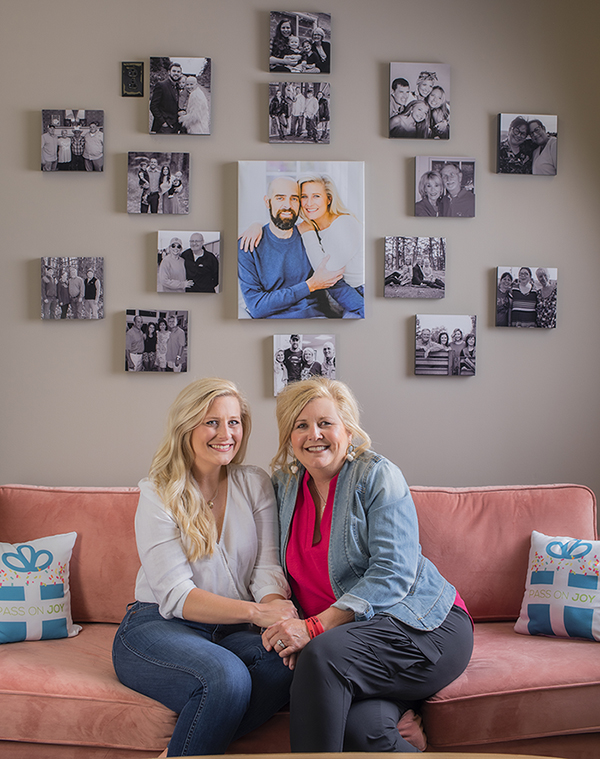 “It scared me going back,” she says. “It was the only piece of my old life I had left, and I was scared it was going to make me sad or upset. But it almost felt like I was taking a little piece of myself back.”

Turns out, Stringer’s absence hadn’t robbed her of her nursing skills; if anything, she walked back into her vocation wiser than when she left. That’s what happens when you’re a caregiver to a spouse with terminal cancer, face-to-face for months, years, with a living nightmare.

Yet somehow, he made her see something more. 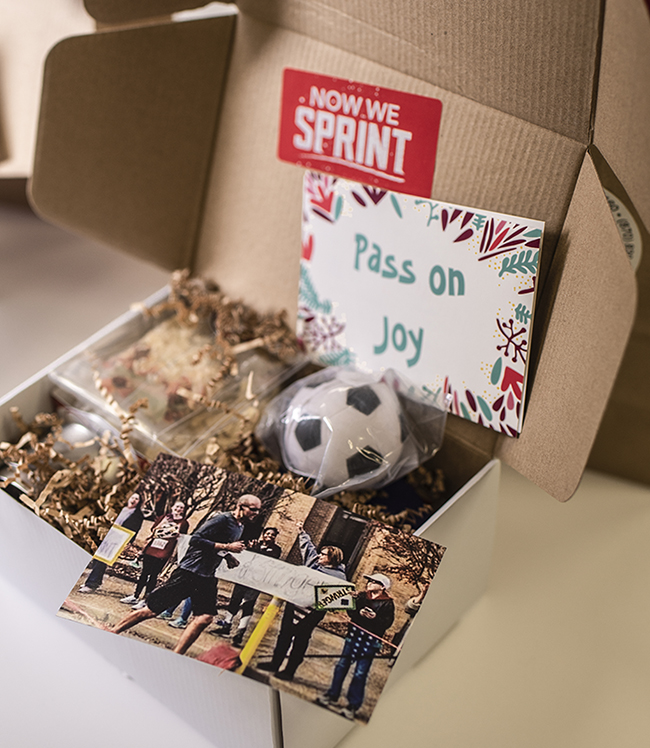 “He was just so easy because he never complained,” Lauren says of her late husband, Marc Stringer. “You take this unfair and awful diagnosis, and you would think it would make somebody hard and bitter and mad, but he just took everything in stride. He would be like, ‘It’s what has to be done.’”

At this, she pauses, and under large brown aviators and a messy-hair-don’t-care topknot, lets her eyes scan the horizon.

“When I get to heaven, I want to get up there and the Lord say, ‘You were handed something terrible, but you made it something good,’” she says. “Some days that’s hard, but I think that’s my goal. I don’t ever want what happened to me to make me a negative person. I don’t want to become hard because of this.” 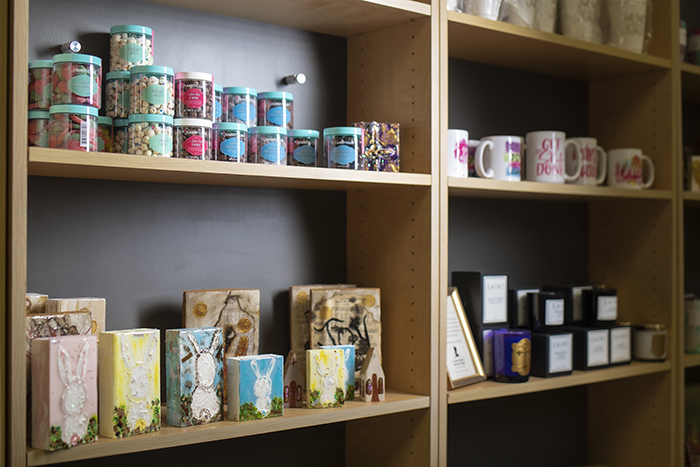 Pass On Joy store in Stuttgart.

In the world of Lauren and Marc, their wedding day — April 11, 2015 — is an equator, halving almost precisely the time they dated and the earthly time they had as man and wife. Each section is a scant five years; preternaturally long on the front end in this day and age; horrifying in its brevity on the backside.

Lauren grew up on a farm near Stuttgart, steeped in mallard ducks and Arkansas County dirt. Marc didn’t hunt, never farmed and couldn’t have been initially more out of place. There were other sweet oddities about their relationship too, like how his 6’6” frame, muscled like the college athlete he was, squared against her decidedly more petite stature. Or the contrast of their personalities — hers the spitfire, his the salve. Or how, following Lauren’s lead, no one in her family called him by his first name and still don’t. 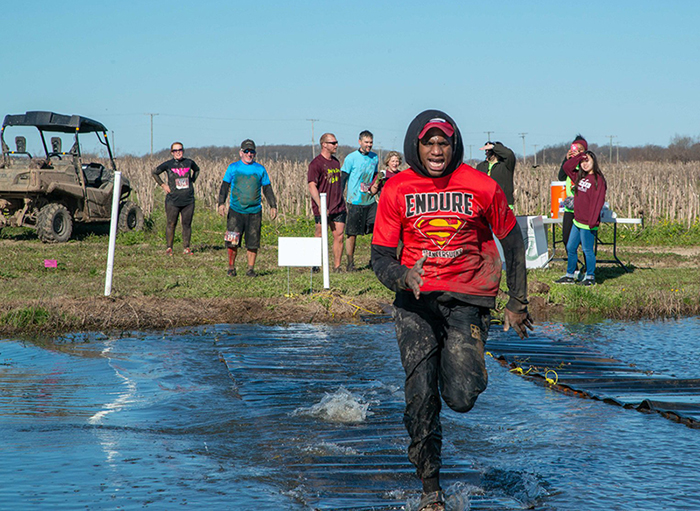 But what they did share was an ironclad sense of purpose in life and a plow-horse determination to serve that purpose to the fullest, be it each other, Lauren’s nursing or Stringer’s dedication as head basketball coach at his alma mater, White Hall High School.

“He was so disciplined; he would get chemo and then he would go to work because that was his job. He was expected to be with those boys,” Lauren says. “He always had this mindset of, ‘This is just something I have to do. Cancer is part of my life now, but I’m not going to let it take away what I enjoy.’

July 1, 2016, touched off a journey much different than what they envisioned while walking down the aisle a little more than a year prior. Marc was diagnosed with esophageal cancer, the sixth most common cause of cancer deaths worldwide, according to the Mayo Clinic. Cancer.gov puts survival rates at the five-year mark at less than 20 percent. 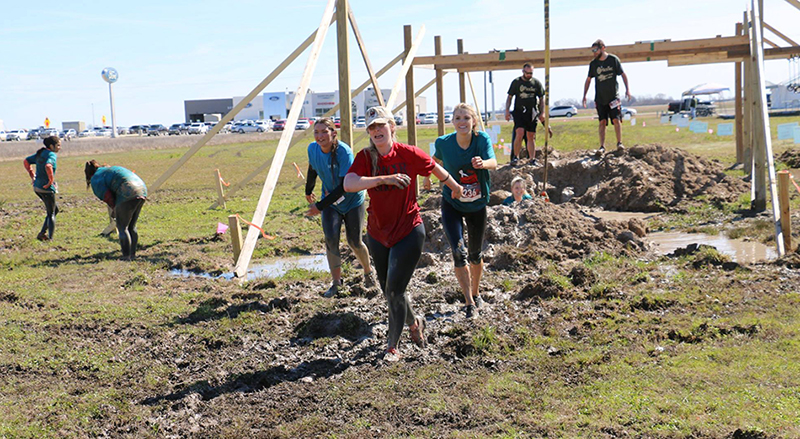 The disease causes such pronounced weight loss, it’s something patients wear for all to see. Scrolling through photos of him on Lauren’s social media is a time-lapse of progressively sinking features, pallid color and the angular contours of protruding bone. Marc continued to work, earning the nickname Superman from his players. But even they couldn’t fathom what it took for him to carry on; only Lauren truly understood that.

For every bite the disease took out of him, she was there to bite back. Wherever cancer took him, she was there, grilling physicians, sleeping in hospital rooms, willing her own spirit into his. He once begged her not to let him give up, no matter how bad it got, and come what may, she never would.

“There were times where I had to be like a tough-love type thing. I knew that he did so much better when he was doing what he enjoyed. It was just getting him there to do it,” she says.  “People didn’t understand why I would push him so much. But I made that promise. I know he didn’t want to give up, so I’m not going to let him.”

“Never underestimate a momma on a mission!” declares Misti Coker, Lauren’s mother. The retired teacher is describing, as only this brassy mom can, how she got into the nonprofit business.

“A friend of mine in Stuttgart had been diagnosed in 2013 with ovarian cancer,” she says. “She’s since passed away, but the cool thing about it is, she started a group of women called the Chemosabi Sisters. They all have had cancer. They’ve lost people with cancer. They’re like their own support system.”

Coker, who routinely came along for the ride during Marc’s cancer fight, was inspired to organize the Chemosabi Sisters and others to send encouraging notes and care packages to bolster her son-in-law’s spirits. One day, Lauren asked her mother if they could expand the effort to help other families. That became Personal Pep Rally, a nonprofit that sends “joy mail” care packages to patients across the country and internationally, funds scholarships for students touched by the disease and does other cancer-related charitable work.

“For me, the organization was one: a way to keep Stringer alive,” Coker says. “But it’s also a mission for others who are walking in the same shoes we are. I get phone calls, I get text messages, I get emails with questions. ‘How do you do this?’ ‘How do you handle this?’ And not even questions, they just want somebody with them.

“So, there’s so much more to our organization than just a name and cancer. It’s about caring for people. And it’s what we can do for other people. I think that’s what God puts us here for, to be his servant. That’s my mission.”

Despite being relatively new, Personal Pep Rally has already grown to send packages to 300 cancer patients a month. The effort is funded by Pass on Joy, a retail enterprise Coker launched that sells care packages for any occasion to the general public. All proceeds from the packages go to support the nonprofit, as does an annual adventure race in Stuttgart. The race, Endure the Dirt, is a nod to Stringer’s love of such events.

The coronavirus threw a monkey wrench into the 2020 Endure the Dirt, which last year generated about $100,000 for the organization. That’s why Coker is banging the drum for the retail operation in order to keep the care packages arriving on schedule. And, as the nonprofit’s growth potential is explosive, that need will likely only increase with time.

And while she doesn’t precisely know where all this is headed, she claims to know someone up above who does.

“It’s definitely a God-led thing because I could not do all of this alone,” she says. “It’s a lot of work, but it keeps me going knowing how many people we’re reaching and touching. It’s just like teaching school, except I’m preaching about something else.

“Stringer’s suffering and death through cancer has got to have a larger purpose. If it is my job, Lauren’s job, whoever that belongs to, we’re going to see that forward, because if cancer doesn’t affect you or if you don’t know somebody that has it, you will. It’s everywhere.” 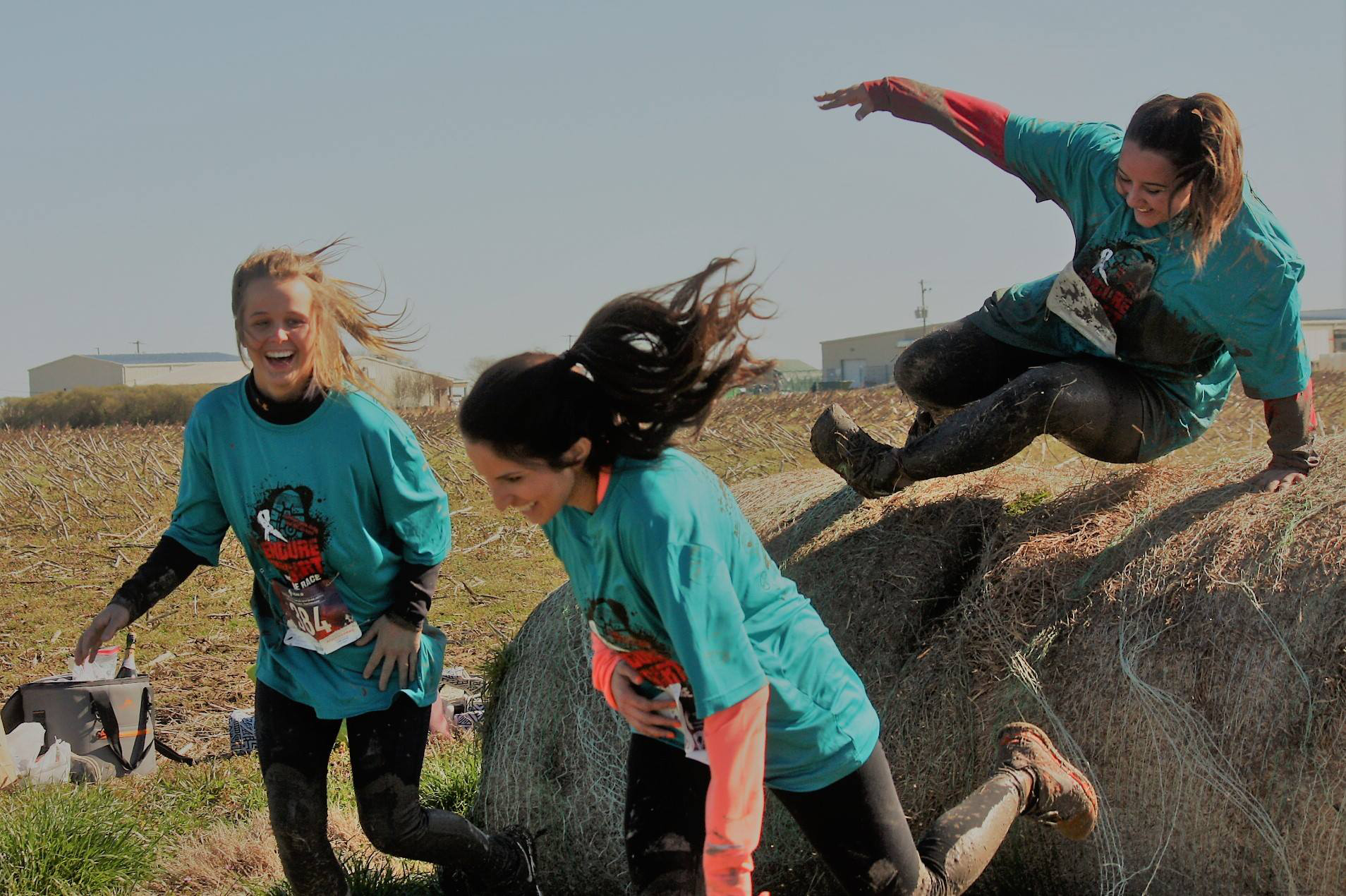 Lauren and Stringer would have one final adventure, a trip to Duke University with courtside seats at a Blue Devils basketball game. And afterward, a private audience with legendary coach Mike Krzyzewski. It was literally the trip of a lifetime, as when the couple came home to Arkansas, Marc entered the hospital and never left, finally succumbing Jan. 24, 2020.

Three months later, the weight of her loss visible and raw, Lauren still finds things to love about her partner and the promise they kept for one another.

“His never-give-up attitude never left,” she says, her voice blending pain and pride. “His body quit, but in his mind, he never gave up, ever. The last week of his life he was awake, and alert until the last two days. That’s comforting to me to know.”

Lauren says he would be humbled by the work she’s doing alongside her mom with Personal Pep Rally — work he inspired. That, and the ability to help others write their own story of cancer, is what gets her through the rough days and makes the good days shine even brighter.

“I see it as giving a purpose to what we were going through, to what he was going through,” she says. “I don’t want something to be wasted on me and him. I want to take something and make it better.

“Meeting other patients, and just by being a nurse, I realize there are people who don’t have a support system. I think it’s important for everybody to know that there are people cheering for you; there are people supporting you, even though you might not feel that way. You’re never alone.”