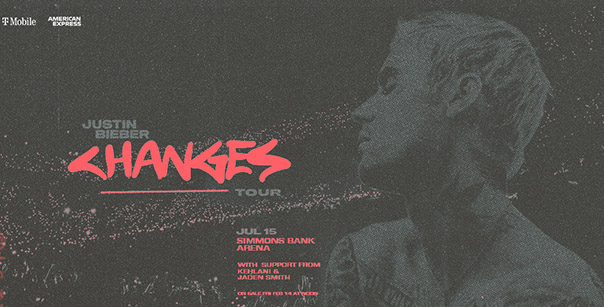 Justin Bieber is all grown up, and he wants you to know it.

His newest album, CHANGES, is coming out Feb. 14 – just in time for Valentine’s Day, and it has been described as a “new vocal plateau” for the Canadian artist. To support the album’s release, Bieber is heading out on tour – the Changes tour.

On July 15, Bieber will be rolling into Arkansas to perform at Simmons Bank Arena in North Little Rock.

Tickets for the concert go on sale Friday, Feb. 14 to the general public. However, American Express Card members will be able to purchase tickets starting Thursday, Jan. 30 at 10 a.m.

This tour will also feature performances from Kehlani and Jaden Smith.

The tour kicks off on May 14 in Seattle at CenturyLink Field and continues through September 26, where Bieber will perform at MetLife Stadium in East Rutherford, New Jersey.