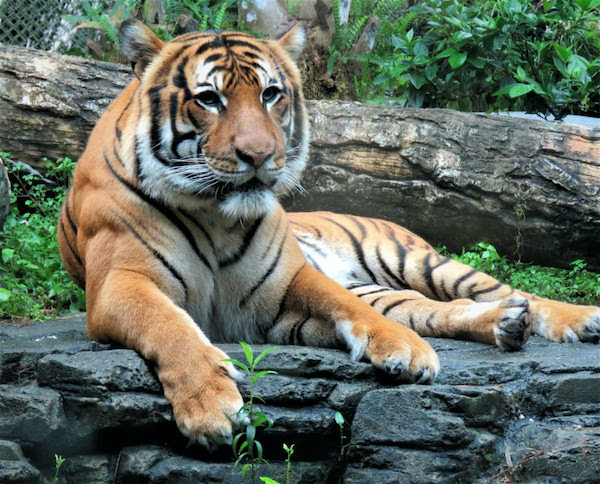 A new Malayan tiger, Jaya, has arrived at the Little Rock Zoo, making it the perfect addition to the zoo family as 2022 is marked the “Year of the Tiger.”

Jaya previously was at the Jacksonville Zoo and Gardens, and transferred to Little Rock Zoo at the recommendation of the Association of Zoos and Aquariums Tiger Species Survival Program (SSP). After his arrival on Feb. 11, Jaya has been enjoying his new home, and will be out in the tiger habitat soon.

Jaya will serve as a mate for the zoo’s female Malayan tiger, Asmara. Jaya will be 11 this year and Asmara will be 9. Asmara was born at the Little Rock Zoo on Nov. 12, 2013.

Jaya and Asmara’s introduction is expected to be a slow process, beginning with Jaya getting to know the animal care staff before building his relationship with Asmara. Jaya and Asmara will only meet each other visually at first, then they will begin to explore each other’s areas and familiarize themselves with one another.

The next step in the process is to be in the same exhibit with the fence between them. Keepers will monitor all interactions in order to determine the right time for them to officially meet and share space.

The Tiger SSP has a breeding recommendation for Jaya and Asmara, so the zoo hopes to check that box by as early as summer 2022, making both tigers first-time parents if successful.

While many species of tigers were once found all across Asia, it is possible fewer than 4,000 are left in the wild today. They are threatened by poaching and habitat loss. Fewer than 2,000 Malayan tigers remain in the wild.