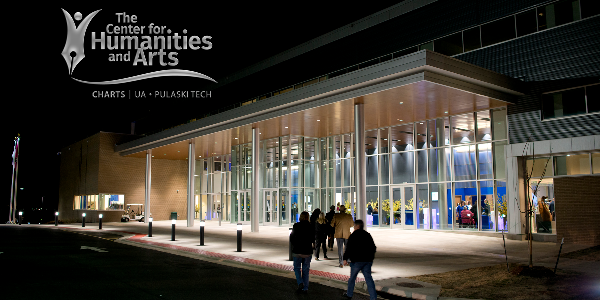 As a result of the COVID-19 pandemic, many of Arkansas’ cultural offerings have been canceled, leaving art patrons adrift. Now, the University of Arkansas-Pulaski Tech is aiming to bring some of these cultural riches back into the lives of Arkansans.

UA-Pulaski Tech has released its programming schedule for the UA-PTC Center for Humanities and Arts. Starting in January 2021, the center will be hosting a range of events, ranging from musical performances to in-depth conversations.

The 2021 season will kick off with Jane Lynch and Kate Flannery: Two Lost Souls on Jan. 6. In this cabaret show, Emmy and Golden Globe winner Jane Lynch joins up with The Office star Kate Flannery for a performance to remember.

The next show will be “Broadway’s Next Hit Musical,” which is described as “Whose Line Is It Anyway meets the Tony Awards.” This show is scheduled for Jan. 30.

There are two shows scheduled for February. The first, on Feb. 10, will be Grammy Award winner Bobby McFerrin, and the second is county music favorite Asleep at the Wheel. There is also a special event scheduled for Feb. 4: an intergenerational conversation between Minnijean Brown and Spirit Tawfiq.

In March, Ani DiFranco, folk and alterative rock singer-songwriter Ani DiFranco will be coming to Arkansas for a performance on March 13. Larkin Poe, a duo of blues rock sisters, will be performing on March 18 – a concert that was originally scheduled for 2020.

Broadway star Lea Salonga will be performing on April 14. This is a must-see for show business fans! Potted Potter, a show encapsulating all seven Harry Potter books in 70 minutes, will be coming on April 27, followed by John Mayall and Walter Trout on May 6.

Season ticket packages are now available for purchase. Customers can select three or more concerts, allowing them to save 10 to 20 percent on the ticket price. Individual tickets will be available starting Sept. 15.