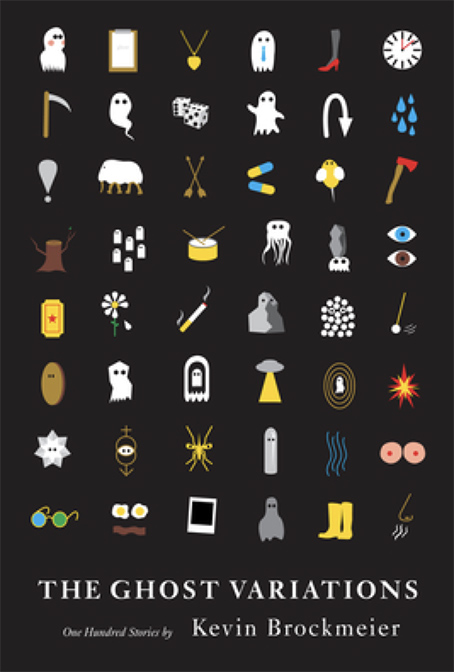 Arkansas writer Kevin Brockmeier has a new book coming out this month.

The Ghost Variations: One Hundred Stories will be released March 9 from Pantheon Books.

Brockmeier is a familiar name in the Arkansas literary scene, having published multiple novels, including The Illumination, The Brief History of the Dead and the Truth About Celia, as well as short story collections Things That Fall from the Sky and The View from the Seventh Layer and a memoir, A Few Seconds of Radiant Filmstrip. He has also published children’s novels, including City of Names and Grooves: A Kind of Mystery.

Details on the book are relatively slim. Check out the publisher’s write-up on the book:

“Ghost stories tap into our most primal emotions as they encourage us to confront the timeless question: What comes after death? Here, in tales that are by turn scary, funny, philosophic, and touching, you’ll find that question sharpened, split, reconsidered–and met with a multitude of answers.

A spirit who is fated to spend eternity reliving the exact moment she lost her chance at love, ghostly trees that haunt the occupant of a wooden house, specters that snatch anyone who steps into the shadows, and parakeets that serve as mouthpieces for the dead: these are just a few of the characters in this extraordinary compendium of one hundred ghost stories. Kevin Brockmeier’s fiction has always explored the space between the fantastical and the everyday with profundity and poignancy. As in his previous books, The Ghost Variations discovers new ways of looking at who we are and what matters to us, exploring how mysterious, sad, strange, and comical it is to be alive–or, as it happens, not to be.”

Several literary heavyweights, including Karen Russell, have given the book glowing reviews. Russell called the book a “haunted jukebox sparkling in the shadows, built to house a hundred voices, a hundred gorgeous songs.” She went on to say that each story was a “masterpiece in miniature from one of our greatest writers…”

Benjamin Percy said, “In Kevin Brockmeier’s The Ghost Variations, the familiar poetry of life gives way to uncanny wonder and startling discoveries, leaving the reader constantly unsettled, as if we found a room in a house where none had been before or woke in the night to a figure standing at the bottom of the bed.  There might be a hundred stories in this collection, but there are a million reasons to love Brockmeier, one of literature’s greatest living talents, who writes sentences like spells and who elegantly phases between the walls of literary and genre fiction.”

Brockmeier’s book can be pre-ordered from WordsWorth Books as well as other retailers.