New Kids on the Block: From Full-Service Restaurants to Mobile Eateries, These 10 Places Have Done the Unthinkable and Opened During a Pandemic 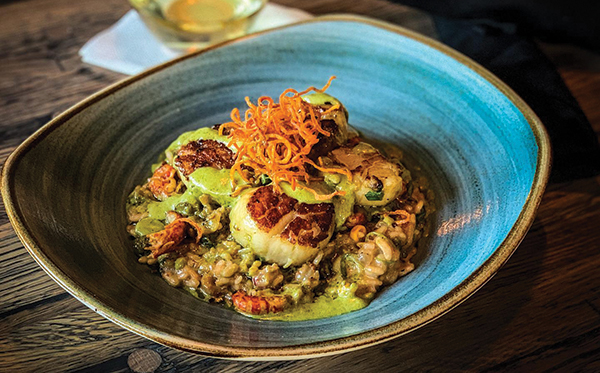 From full-service restaurants to mobile eateries, these 10 places have done the unthinkable and opened during a Pandemic.

The task of opening a restaurant, even during the best of times, is a difficult one. And let’s face it — the past year has not been a thriving period for eateries of all shapes and sizes. Here is a look at 10 spots in Central Arkansas that have braved a challenging climate and risen to the challenge of helping expand our growing food community. 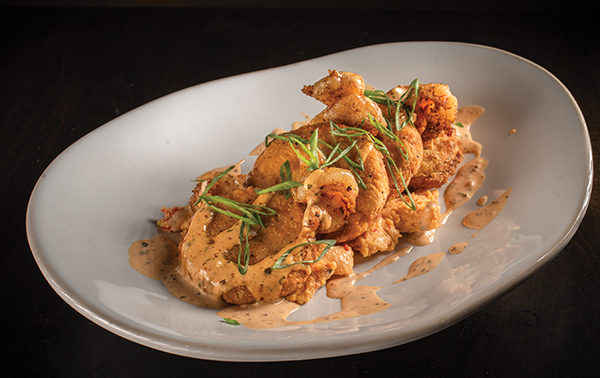 Did you think a little thing like a global pandemic would stop the Keet family from expanding their restaurant empire? Their latest project, a complete revamp of the old Cock of the Walk space, has helped pump new life in the North Little Rock and Maumelle food scenes with a menu featuring already popular favorites of Homemade Cypress Cornbread, Delta Style Hot Tamales, Redfish Pontchartrain and Shrimp & Grits. Much like its sister restaurant across the river, Petit & Keet, Cypress Social’s beautifully modern interior is highlighted by a vibrant bar and an outdoor patio area with views of the pond. The restaurant is even available to be rented out during its off hours for weddings and special events. 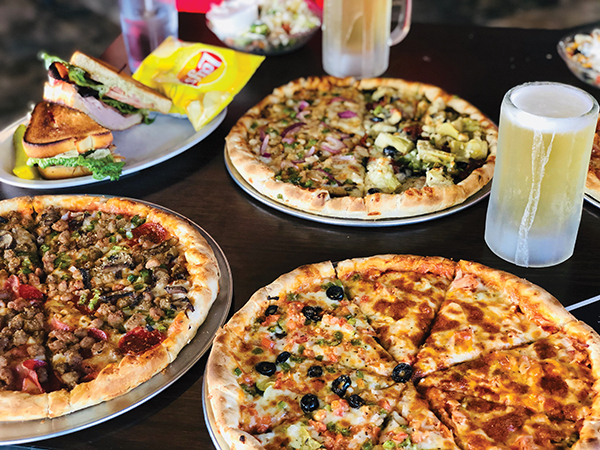 The North Little Rock pizza scene got a major shot in the arm this past June with the addition of Old Mill Pizza on John F. Kennedy Blvd. If you are a first-timer, try out Old Mill’s Supreme Pizza topped with pepperoni, sausage, beef, green pepper, mushrooms and onion. The sauce, with its heavy hand of oregano, shines, but so too does the crispy bottom crust and doughy, braided edges which are just perfect for dipping in some accompanying honey. The relaxed setting even showcases works of art from local artists, a nice touch by a restaurant looking to become a neighborhood hangout. 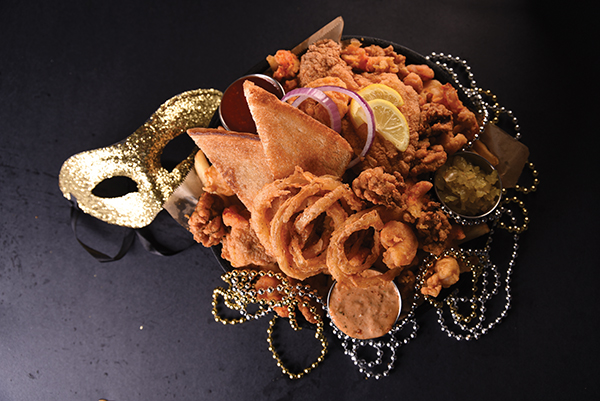 Congrats to Bryant for landing Copper Mule Table & Tap, another option that is a major step up in quality from many of the area’s chain restaurants. This relaxed setting, complete with a fresh interior and an expansive outdoor seating, is the perfect spot for enjoying a burger and one of the restaurant’s signature cocktails. The menu leans toward Cajun cuisine with offerings of VooDoo Pasta, red beans and rice, and chicken and andouille gumbo, but folks can also expect to see classics like the New York strip steak, bone-in pork chop, and seafood pasta. For lunch, focus on the handhelds section of the menu, with delicious and sizable sandwiches, including the grilled shrimp po’boy, club or chargrilled chicken breast. 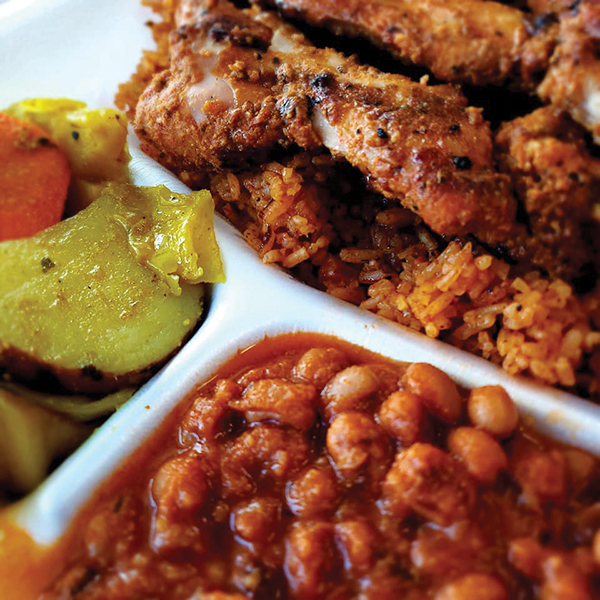 The Afrobites food truck is stationed at 1702 Wright Avenue on the weekends, but this small window of limited hours has created a strong demand for authentic African food staples like okra stew, lamb fried rice and jollof rice with chicken. The lamb shank with tender, fall-off-the-bone meat is not to be missed. The food is packed with flavorful spices, and while some of the dishes might be foreign to many patrons, here is hoping our community continues to embrace Afrobites. Co-owners Pap Diop and Madere Toure have something special on their hands. 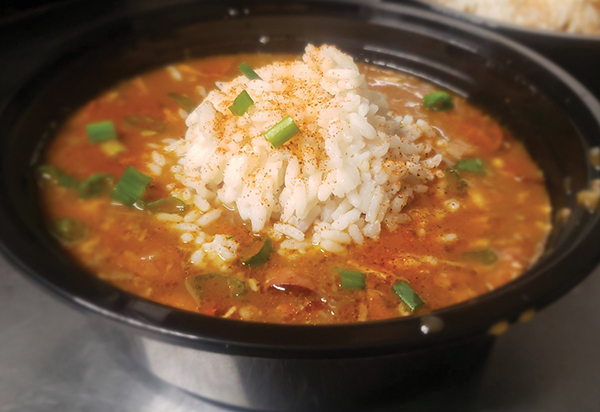 As you might imagine, it has been one heck of a year for food trucks. With socially distanced outdoor dining at an all-time high, several mobile eateries have capitalized on a somewhat new way of dining out, which entails scarfing down food in the confines of your own car. Enter Cajun Trouxth, a food truck churning out an irresistibly tasty menu of Cajun classics like chicken and sausage gumbo and red beans and rice. Charles Gilmer and his crew even serve jambalaya egg rolls, a fun meal starter to share with a friend, as well as a beautiful dish of golden fried catfish over dirty rice and topped with shrimp etouffee called the “Down and Dirty.” 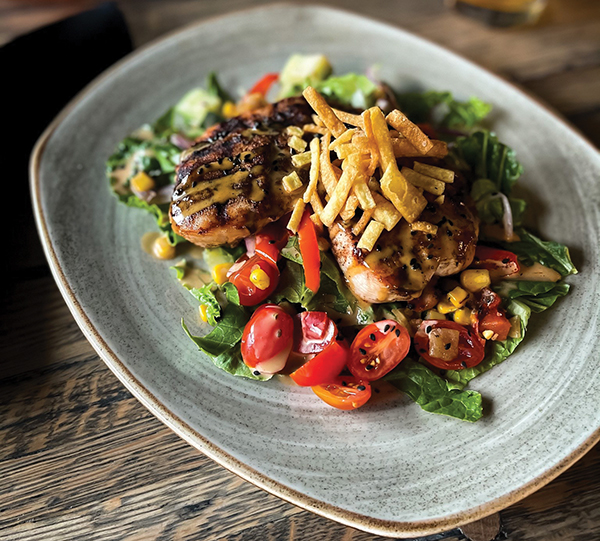 Brood & Barley, a gastropub from the folks at Flyway Brewing, is yet another brick in the building up of Argenta District’s burgeoning food community. The setting is casually sophisticated with steampunk touches throughout and expansive windows with views of Main Street and its sidewalk pedestrians. The Legit Cheesesteak will transport you to Philadelphia, while the Raclette Burger, which is served with a tableside melted cheese pour-over, captivates the senses. The four-course beer tasting menu is a nice way to partake in the restaurant’s house brews. One of Brood & Barley’s signature cocktails — like the Sweet Potato Lemonade or David’s Old Fashioned, both created by beverage manager David Burnette — is also a nice option. 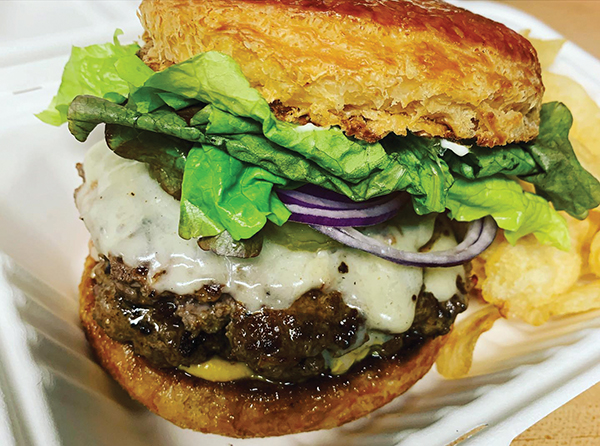 Here is another food truck that has seemingly come out of nowhere to wow an audience with its Le Burger, a croissant bun concoction complete with local Jidona Farms beef, lettuce, tomato, onion, mayo, mustard and a slice of Gruyere. The rich and buttery bun holds up to the juicy beef, making for a truly unique burger experience. If that is not your thing, The Croissanterie offers up a variety of dishes, many of which focus on French and Southern classics, like the croissants, French onion soup, chicken pot pie, BBQ chicken flatbread and meatloaf sandwich. 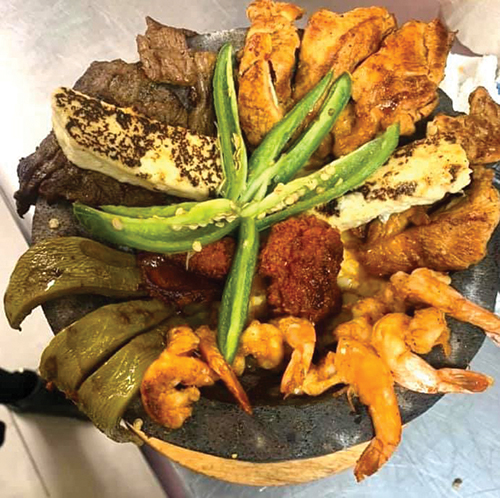 What a journey it has been for La Pasadita. Originally a Mexican food stand on the side of Cantrell Road, the business then transitioned to a truck tucked a few blocks away off Keightley Drive. And while the wheels are still there serving up tacos, tortas and burritos to an adoring fan base of midtowners, La Pasadita also recently opened a brick-and-mortar restaurant in west Little Rock. It boasts a large menu, complete with options like enchiladas, tamales, gorditas, fajitas and even a Pasadita Burger. The affordably priced taco trays, including 10, 20 and 30-pack tacos for $10, $30 and $45, have also been a hit among customers looking for value and a ton of quality food. 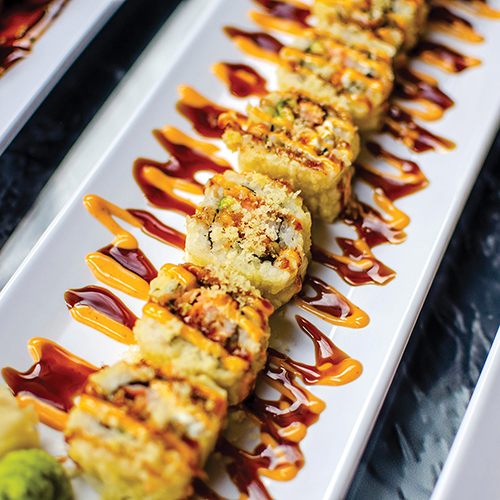 The regional chain sushi restaurant has opened not one, but two locations in Little Rock, with its most recent addition in the SoMa neighborhood, joining the inaugural spot off Chenal Parkway. All the “Classics” are there, like the California, Rainbow, Spider and Volcano rolls, along with music-themed creations like the Abbey Road, Zeppelin and the Axl Roll, a delightful roll with fried shrimp tempura, salmon and cream cheese topped with spicy mayonnaise, eel sauce and crunchy flakes. “Opening Acts” like tuna tataki and egg rolls join a menu that also includes a hibachi service with chicken, filet mignon, shrimp and lobster. 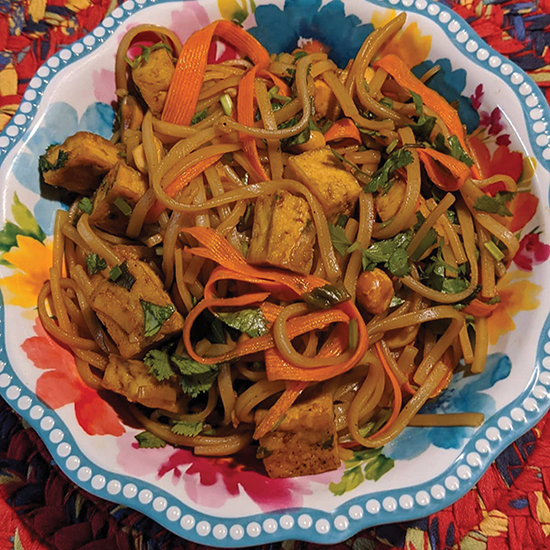 Our last entry technically is not a restaurant at all, but rather a food truck court/farmer’s market that houses a rotating list of mobile eateries. The Filling Station, a revamped former gas station, is the brainchild of Kristi Scott and Joy Evans. The business has been a welcome addition to North Little Rock’s Park Hill neighborhood and a big boost for our food trucks. Keep an eye out for Lindsey’s Lunchbox, Delta Biscuit Co., The Croissanterie, Filipino Munchies and Zay O’Neil’s, just to name a few. There is even plenty of seating for patrons, both covered and uncovered, so carve out a little time and check out this gem.