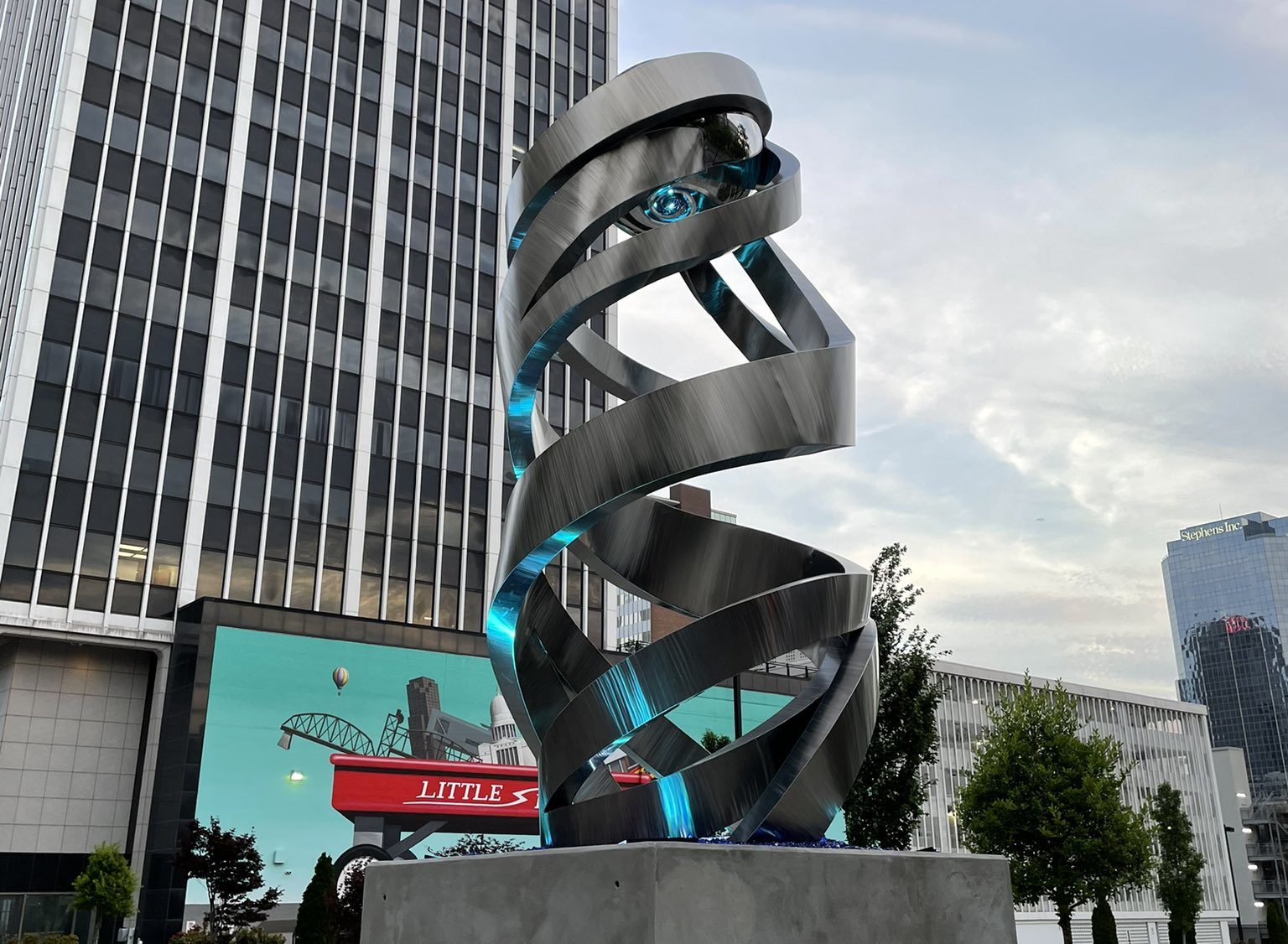 The capital city is introducing another piece of public art to its downtown scene: Helios, a sculpted by Hunter Brown. A ceremony was held Friday morning to unveil the new Little Rock sculpture.

The piece was commissioned by the Sculpture at the River Market Group and is rooted at the corner of Capitol and Main Street. The 24-foot-tall sculpture is also designed to light up at night.

“Helios was inspired by the helix form, most recognized from DNA, the building blocks of life,” the artist says in a statement. “Helios’ winding forms spiral upward, converging around a polished sphere. The sphere reflects the space and the people moving within it. Helios is symbolic for the community as a whole — reciprocating the good of all the individuals and their contributions.” 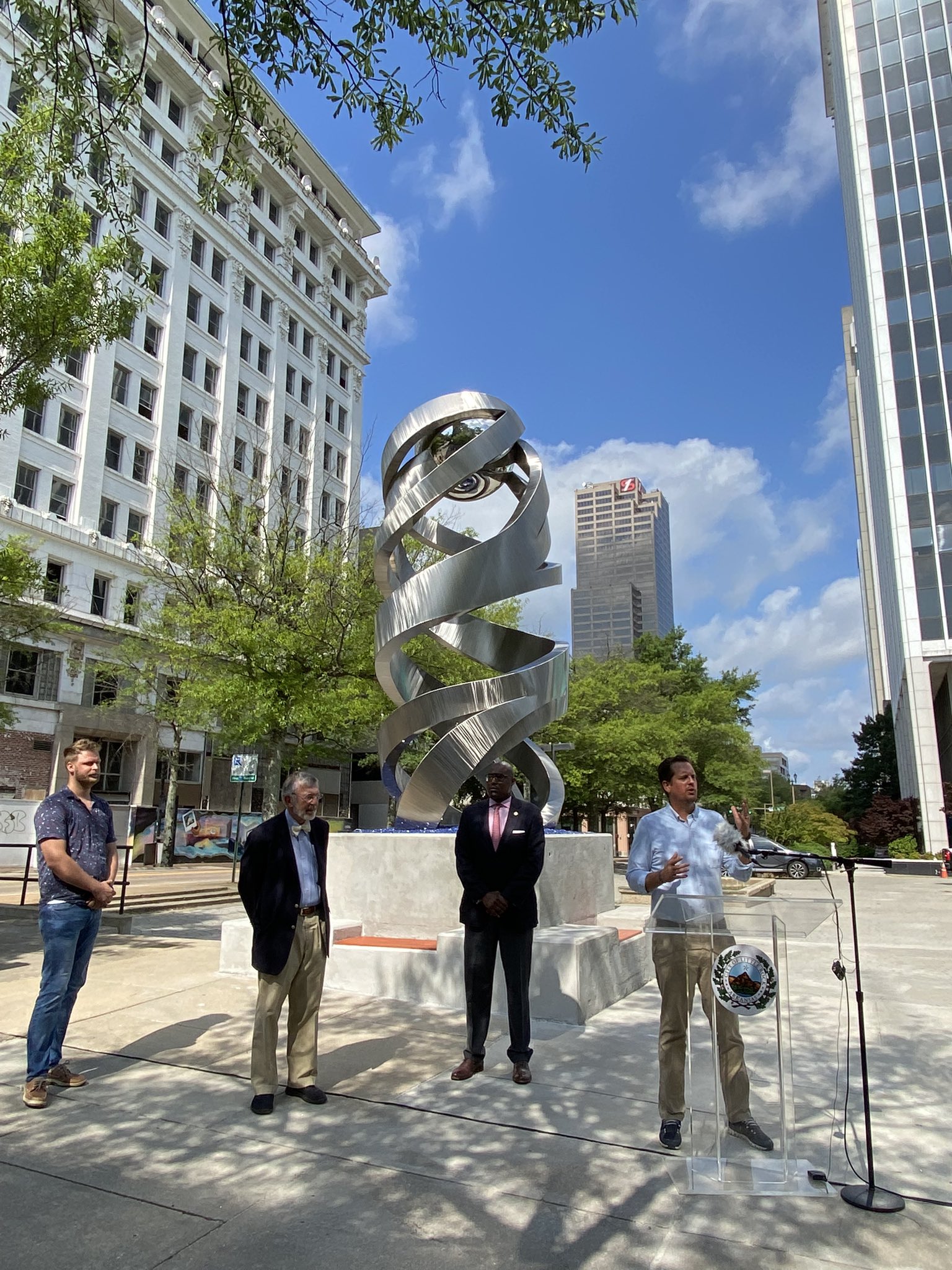