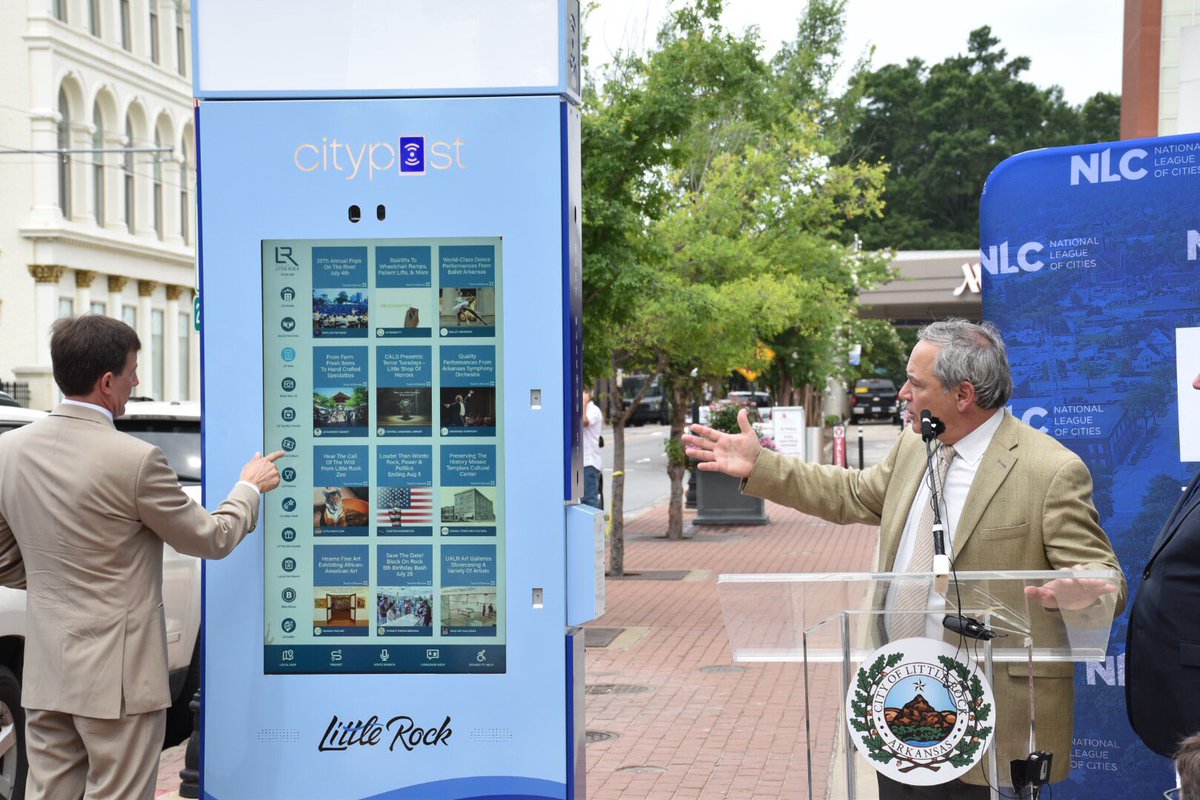 As part of the new Smart City Initiative, Mayor Mark Stodola has installed the first of fifteen new kiosks in Downtown Little Rock on Monday afternoon. All fifteen kiosks are expected to be installed within the next few months.
The mayor explained that the kiosks will provide new technology that will keep the community connected and engaged with what is going on Downtown as well as helping assist the police as a new tool.
How the kiosk works is that there are different apps people can engage with such as, a bike share to display the different bike trails, a map of the city that has different local businesses marked on it, and a wifi hotspot.
A private company called the Smart Media Group will be installing and managing the kiosks. The mayor also explained that the city got the kiosks for free and that 25% of the revenue made off of them will go back to the city.
Most importantly, there are cameras on both sides of the kiosks in hopes of helping LRPD catch criminals. “I am extremely excited about the safety elements of this, you know the very first thing that happens when there’s an incident, the police want to know is there is any film,” Mayor Stodola said. “This is going to be a great opportunity in high pedestrian areas where we’ve got issues that can happen. And I think it’s going to be a great, great enhancement to the law enforcement capabilities to our city.”
The city said they’re expecting and hoping for about $100,000 in revenue once all fifteen kiosks are up and running.