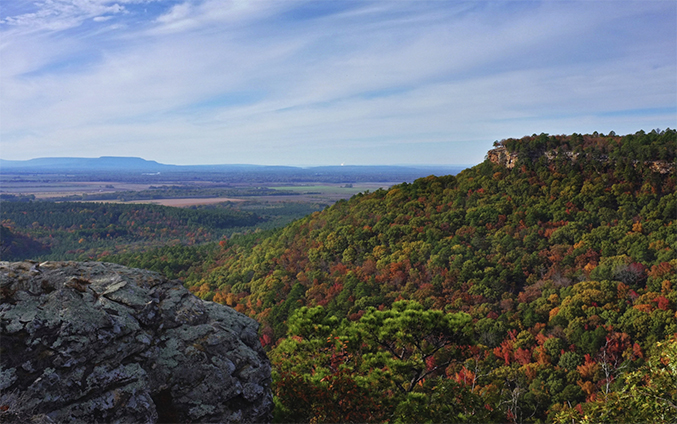 The newest visitors center in the Arkansas State Park System has been unveiled and dedicated this week.

The new center replaces Hardison Hall, which was demolished by the State Parks, Recreation and Travel Commission. During the 2021 legislative session, state Sen. Mark Johnson introduced Senate Bill 8to name the center after Dr. T.W. Hardison, who led the effort to establish Petit Jean State Park, which is Arkansas’ first state park.

Speaking to the crowd at the dedication ceremony, Hurst said that Petit Jean State Park was chosen by Conde Nast Traveler as the top Arkansas state park on its “The Best State Park in Every Single State” list published on April 15, 2021. In the article, Conde Nast Traveler praised the park’s “impressive cascades,” singling out Cedar Falls, as well as its “panoramic overlooks, lake view camping and even yurts for rent.”

“The mission of Arkansas State Parks is simple: to enhance the quality of life and the economy of Arkansas through exceptional outdoor experiences and sound resource management. We honor and celebrate our state’s natural and cultural heritage every day, and we are committed every day to being good stewards and working toward a sustainable operation.”

The new facility will feature interpretive exhibitions and space for special events, as well as meeting rooms for the public and staff offices. The center will also serve as the park’s camper registration location. “For many, this facility will be their first introduction to the park. Staff will be here to welcome and customer service and good information,” Hurst said.

Hutchinson told the crowd that Petit Jean State Park was a refuge for him and that he went to the park during the height of the COVID-19 pandemic. Echoing Hurst’s comments, he referred to the state park system as a “crown jewel” for Arkansas.

“Our park system is our crown jewel of the tourism industry in Arkansas. Everything hinges upon it. People come here, and it’s a source of pride for us nationally,” he said.

The new visitors center was named after Hardison, a country doctor, who is called the “Father of the Arkansas State Park System.” According to Hutchinson, Hardison sought to convince the federal government to convert the area into a national park. After declining, federal officials suggested turning it into a state park.

In 1923, the Arkansas State Legislature voted to create Petit Jean State Park. Hardison later published two booklets on the Petit Jean area in the 1950s, according to Arkansas.com.

READ MORE: Stacy Hurst: For Tourism, 2020 Was Better Than Expected